The need for a navigable link for the Wilts & Berks Canal around Melksham was clear back in the early days of the restoration, but the Scott, Wilson, Fitzpatrick feasibility report in the mid-90’s was the first to publish serious thoughts on possible routes from the Kennet & Avon (K&A) to Forest Farm (north of Melksham) from where true restoration towards Lacock was possible.

The original line from Semington through Melksham had been seriously built over during the 20th century to leave just a few reminders of the old canal. The best way to see them is on foot, and the WBCT leaflet “A Walk along the Lost Waterway of Melksham” is the guide to take (see bottom of page) 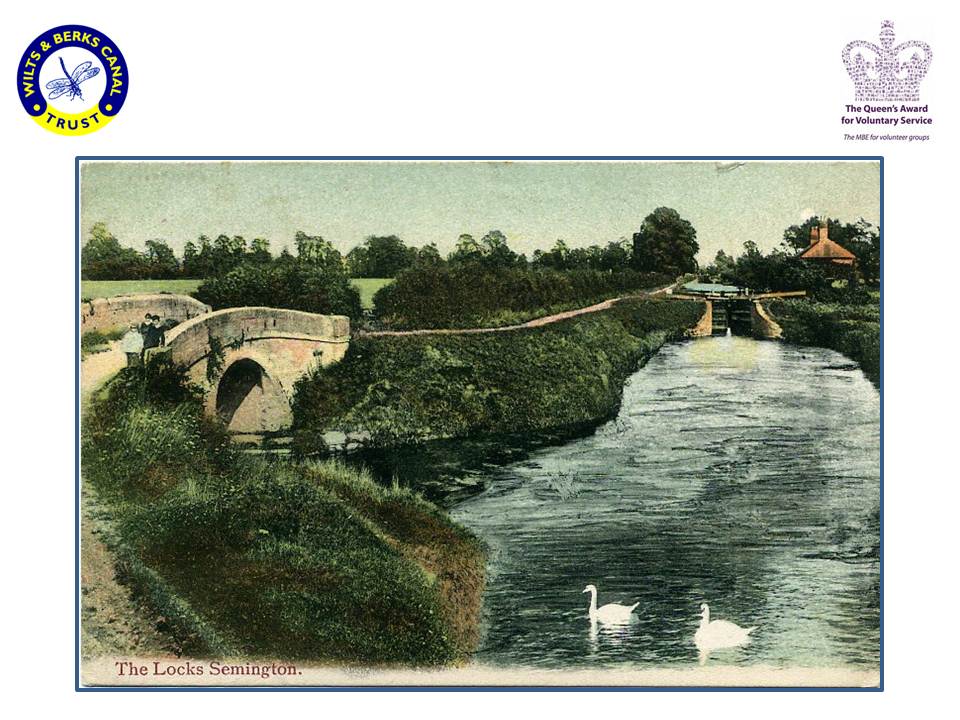 The Kennet & Avon canal at Semington showing the original juntion of the Wilts & Berks canal on the left. Photo c1890. 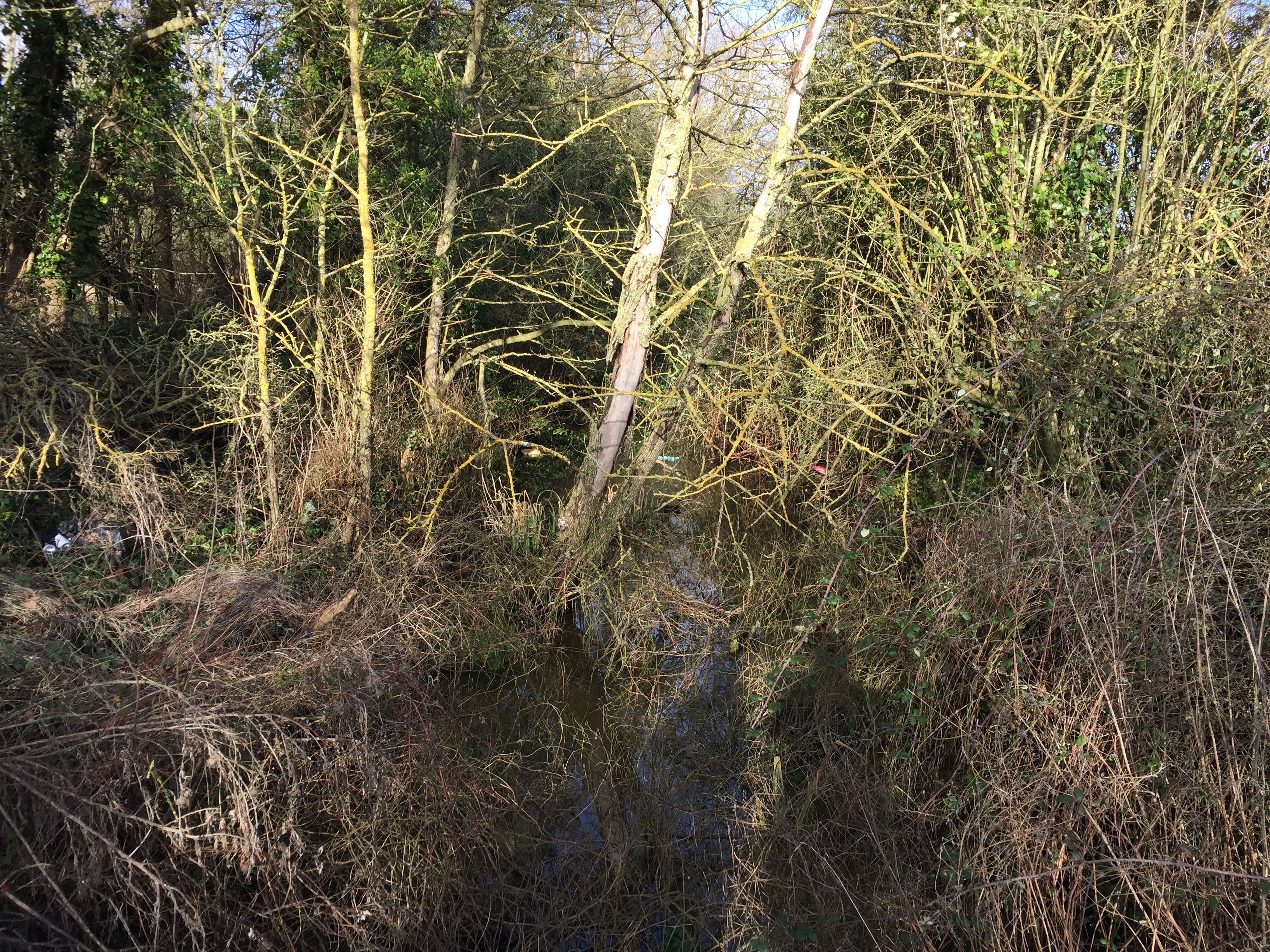 The line of the canal just north of Semington, pictured in 2020 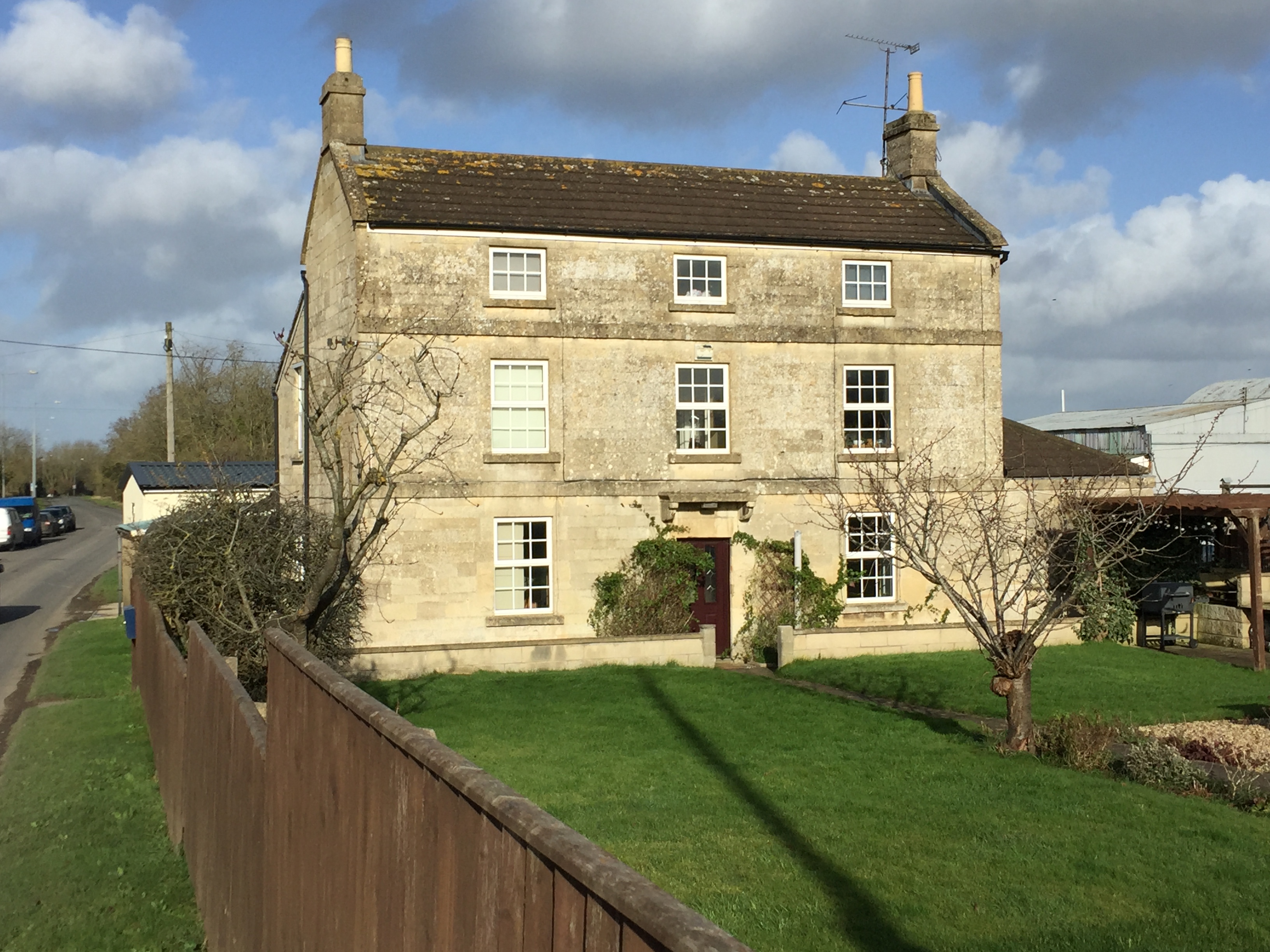 The Toll Collector’s House at Semington at the entrance to the Wilts & Berks Canal .The original line of the canal runs just to the right of the house. Photo taken in 2020.

Fast forward to 2012 and the various alternative routes had been the subject of consultations, discussions and surveys for 15 years before the current plan was agreed, designed and drawn up, and the Trust submitted a Planning Application to Wiltshire Council in August of that year.

The route uses the River Avon through the Town, something that Robert Whitworth might have briefly considered when he surveyed the route in 1795, but would have dismissed because with river levels and flows varying so much depending on rainfall, navigation would be impossible for too many weeks of the year. With today’s use being leisure as opposed to freight, having to close the navigation for the winter months is not a big issue.

The Planning Application was short on back-up information regarding ecology, landscaping, archaeology, geomorphology etc, so having been told what was needed, the Trust set about getting all the surveys and studies done to satisfy the authorities. A Project Team was set up answering directly to the WBCT executive, rather than through the regional structure, and the hard work started. Three years and £80k later, we published our Environmental Statement (ES) which ran to 350,000+ words and was printed in 5 volumes of A3.

Were we over optimistic to think the ES would get us planning consent? Given 2020 hindsight, yes! The Environment Agency started to ask for ever more detail, and there began a series of questions and answers on a time scale that was glacial ! In 2017, the EA requested that our responses should be recorded in a further report from our consultants. The so-called Addendum Report was published in March 2018, but the questions kept coming and another report (The Supplementary Report) was published in January 2019.

Over 3 years, the outstanding issues had been whittled down to just 2, both concerning the use of the river. Early 2020 very nearly saw one of these issues being sorted, but then lock-down happened and progress with the EA went from dead slow to stop.

In September 2021 communication with the EA was re-established and a way forward was agreed whereby the 2 outstanding objections could be removed on condition that:

These two proposals should be ready for submission in early 2022.

The result of all the exchanges with the EA has led to minor design changes but the overall plan remains the same as in the 2012 Application. The plan is shown below and comprises:

- A new junction with the K&A just west of Semington Road bridge (around 200m from the original junction). 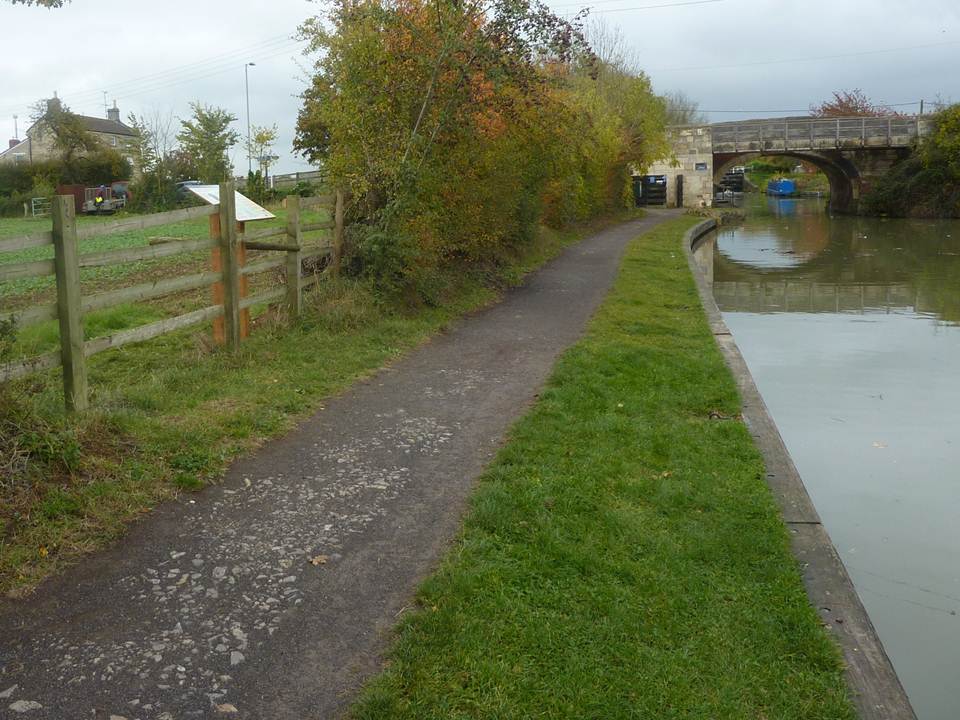 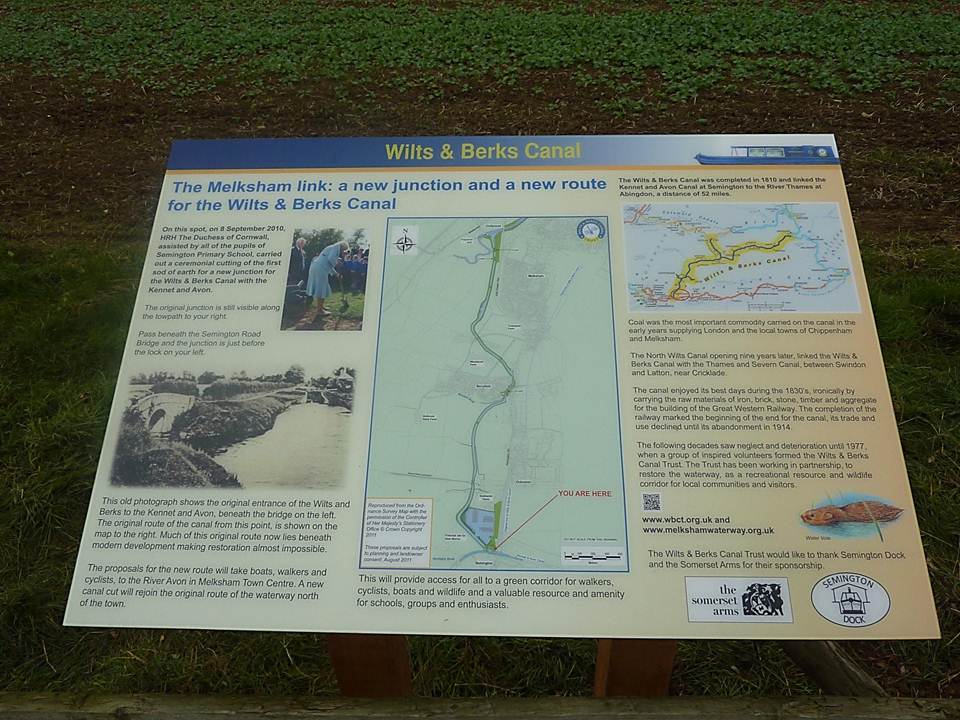 The site of the proposed new junction at Semington with display board. 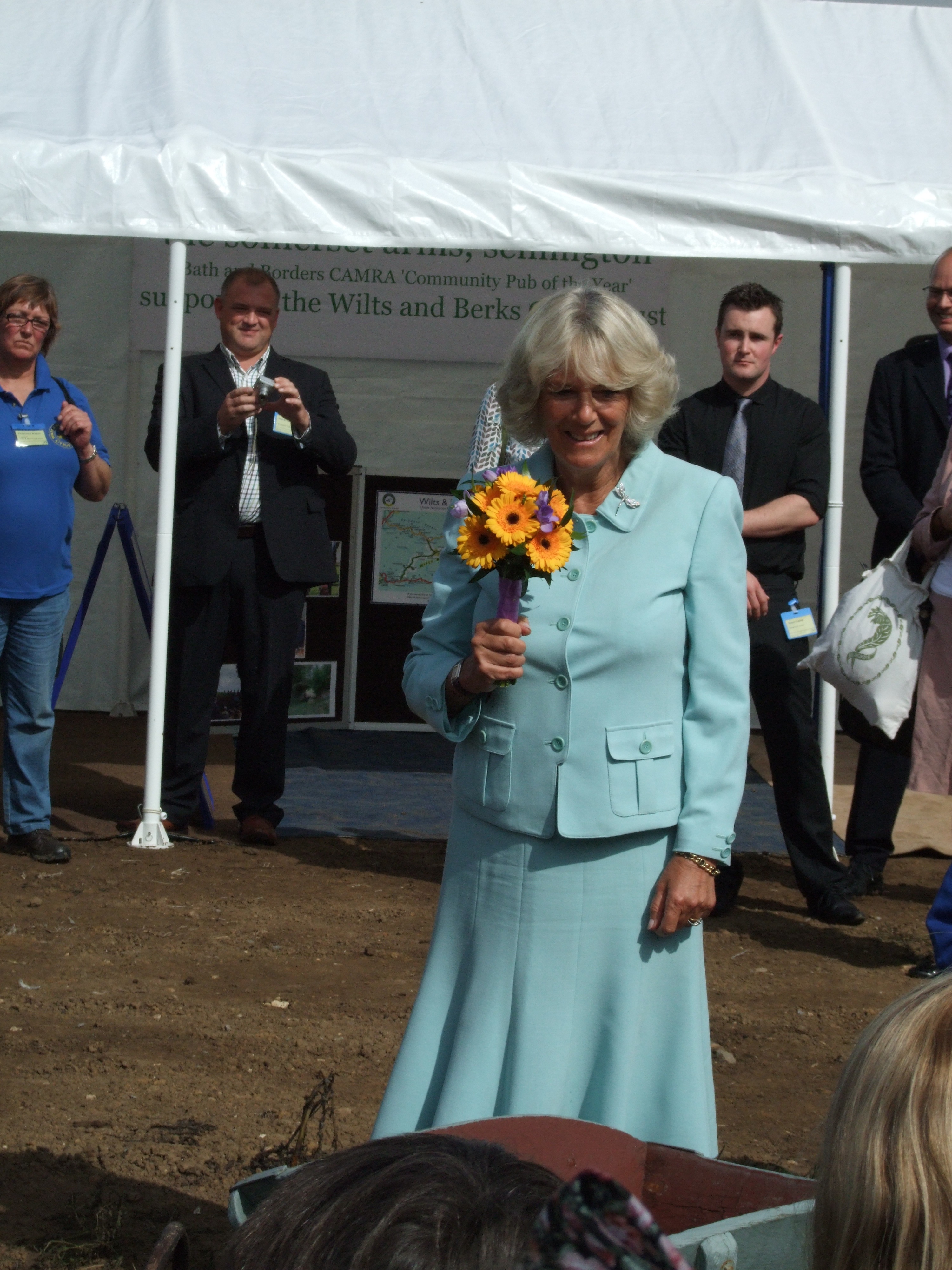 The Trust’s patron, HRH Duchess of Cornwall, at Semington after the cutting of the ceremonial ‘first sod’ for the proposed new route to Melksham. See also this uTube  link.

- 3km of new canal from Semington, through Berryfield, to a junction with the River Avon just west of the A350 Challymead Bridge. 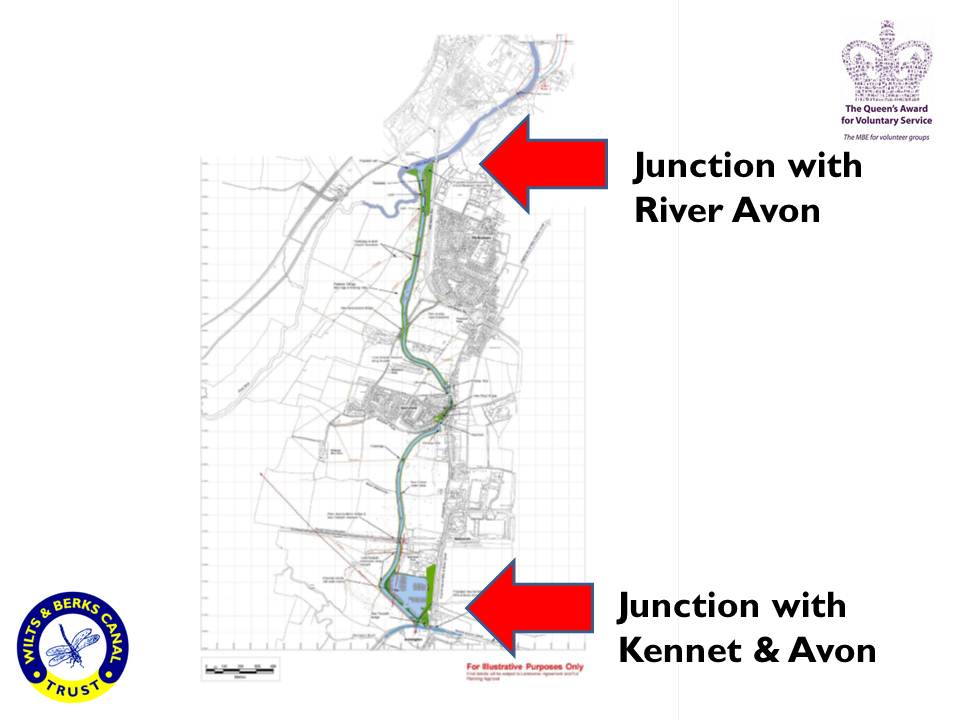 - A farm accommodation bridge at Outmarsh Farm, Semington where the new canal cuts through the disused railway embankment (a WW2 Bailey Bridge which was used in Frome until 10 years ago when it was ‘retired’, donated to WBCT by the local council and then restored by WBCT volunteers).

- An aqueduct, lock and swing bridge at Berryfield where the new canal crosses Berryfield Brook and squeezes between the houses and The New Inn. 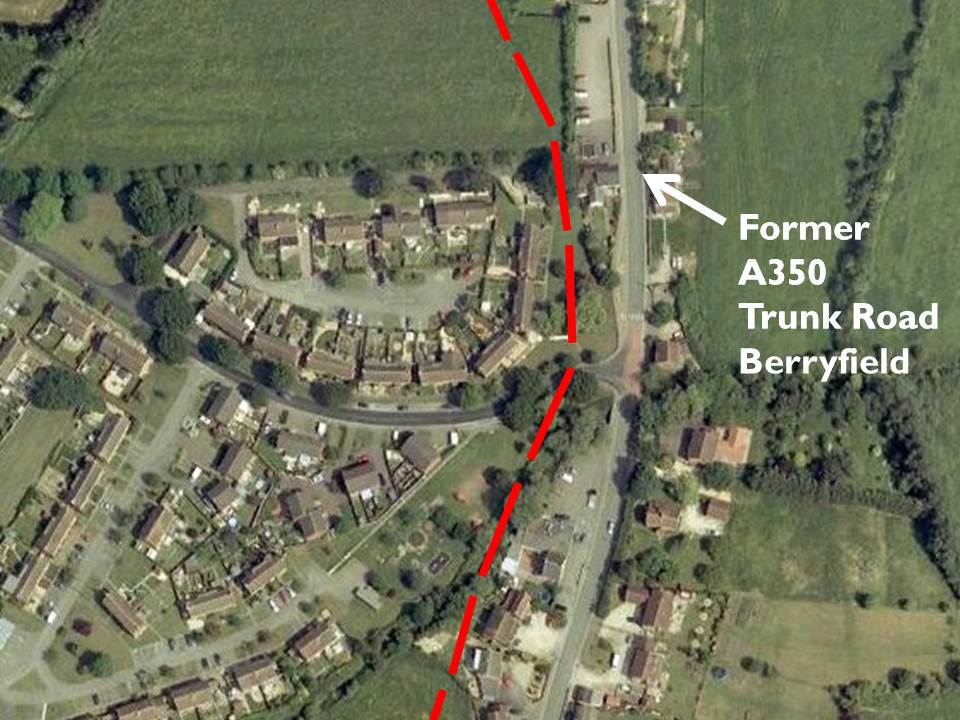 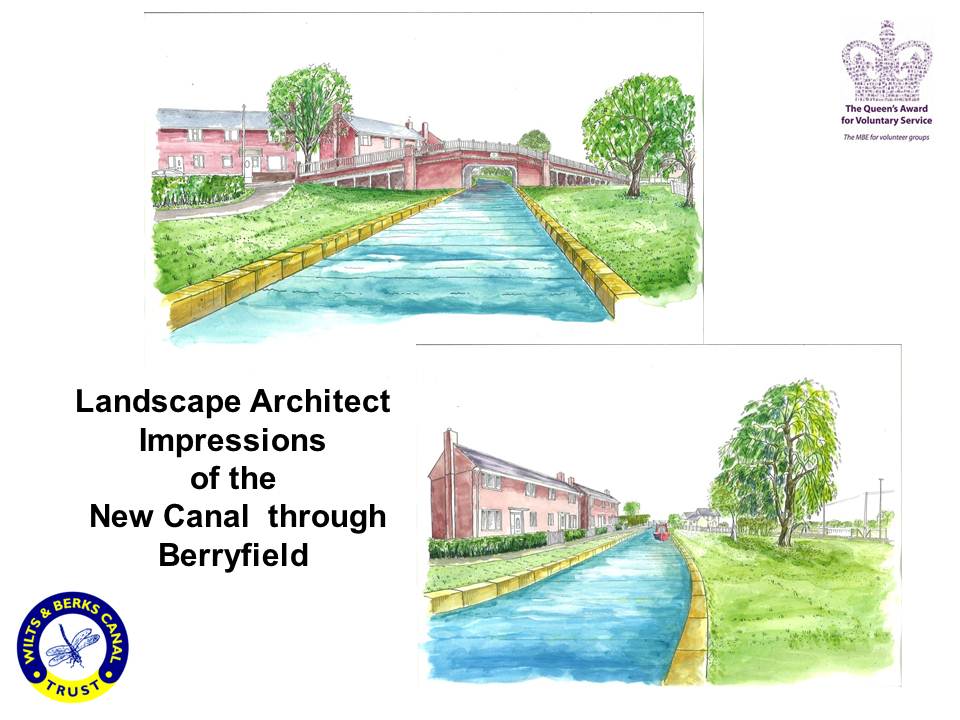 - Two locks dropping down to the river at Challymead. 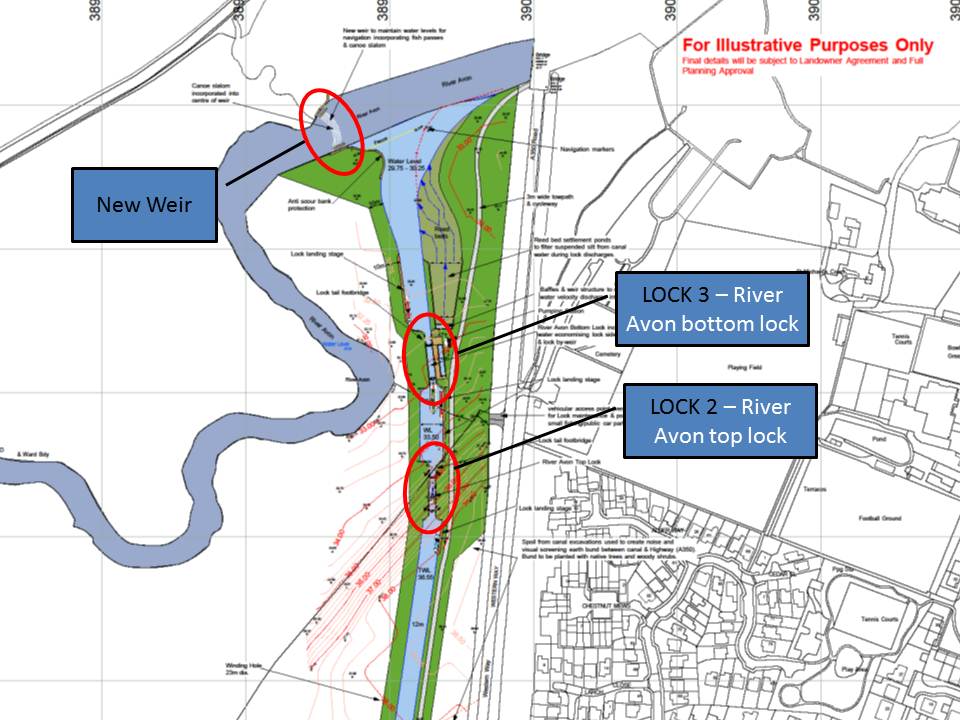 - A low weir across the river downstream of the river junction to enable navigation upstream through the town to Melksham Gate Weir.

- Reprofiling the river bed in the 700m stretch up to Melksham Gate Weir to stabilise the river by forming a deeper navigable channel.

- A 4th lock to take boats around Melksham Gate Weir and a hydro-electric generator on the island created between the weir and the lock. 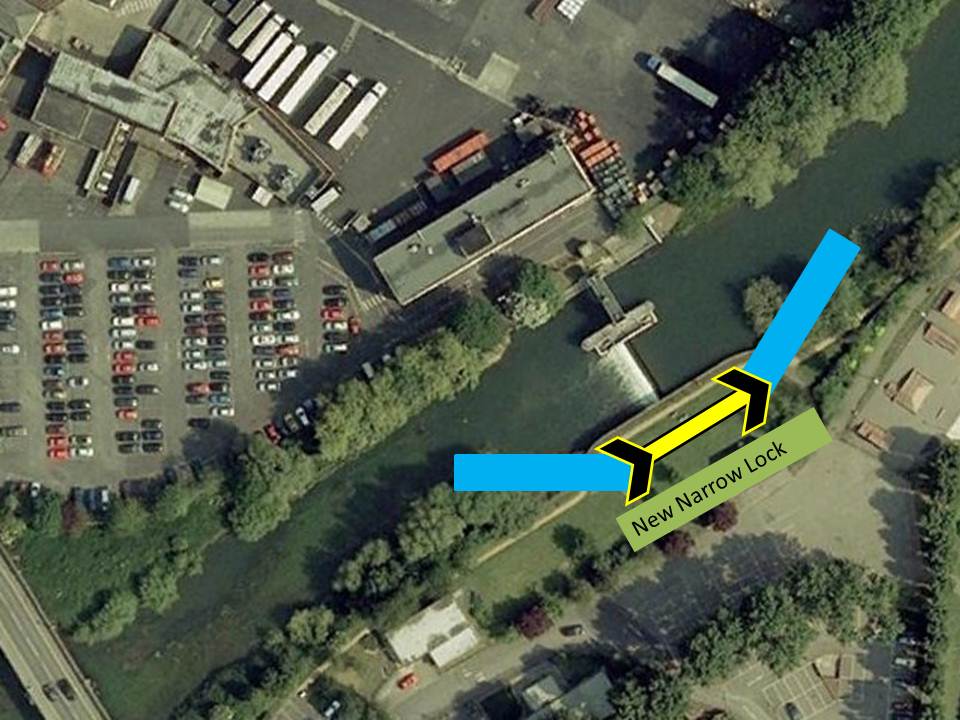 Some FAQ’s and answers:

Q: How much will it cost to build and where will the money come from?

A: In 2014, a detailed estimate came in at £21m. In the early days the prospect of a lottery grant was realistic, but post London 2012 it became clear that this was unlikely, and the focus changed to “enabling development” whereby potential profit from new housing could fund the construction. Partners have been found to develop a ‘Masterplan’ for the area around the new canal to include the wetlands, a marina and community facilities as well as housing. Local residents have been consulted for their views but there is still a long way to go. Once finalised, the whole Masterplan will need to be the subject of a new planning application.

Q: Are all the landowners on board?

A: We have been talking to the 6 landowners for years. Some are keen to see the project built, others are sceptical. No serious discussions can take place until we get planning consent.

Q: How do we get back to the historic line?

A: The river upstream of Melksham Gate Weir is navigable for around 3km. The current plan is to form a junction around 1.6km upstream and build a short (c600m) ‘link’, with three locks, to meet the southern end of the partly restored original canal at Forest Farm. A new Planning Application will be required.

Q: How long will it take to build and when could we start?

A: The construction programme could be as short as 2 years, but 3 to 4 years is more realistic. We can’t start until (a) we get planning consent for the current scheme, (b) agreement has been reached with all the landowners, and (c) the finance is in place. 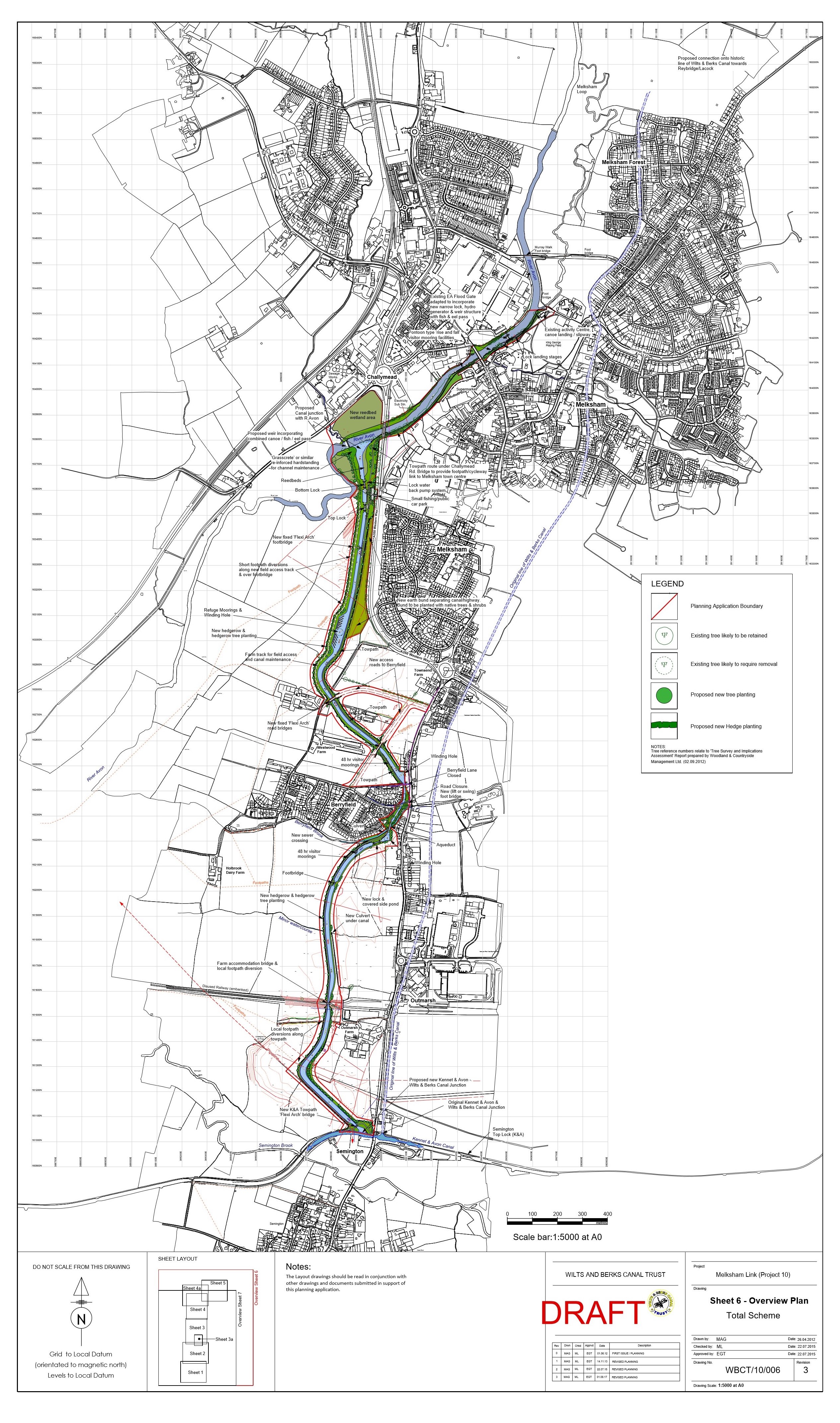 Diagram showing the proposed new route of the 'Melksham Link' running from the Kennet & Avon at Semington to the River Avon at Melksham. The original line of the canal can just be made out running parallel with the old A350 from Semington before turning north east towards Melksham.

Further details, reports and diagrams can be found at Melksham Link although note that some of this information is a few years old.

A leaflet detailing 'A walk along the Lost Waterway of Melksham', together with other walks along the line of the canal can be found here. 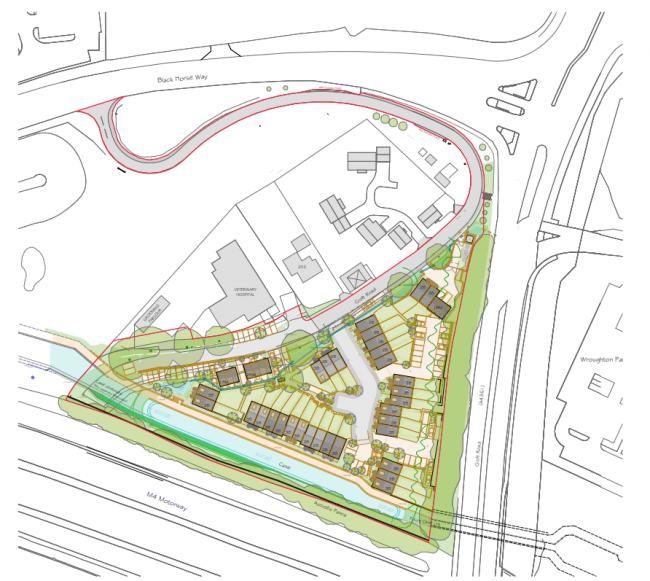