Along the line of the canal there are a number of culverts carrying streams under the canal. One such stream is
Cocklemore Brook and it flows under the canal through Cocklemore Culvert on the Pewsham stretch (ST 93607 70820). The culvert was inspected in 2010 by a local caving group and visual inspection/photographs revealed nothing untoward. Unfortunately in Feb 2014 the volume and speed of the water flowing through this culvert caused part of the culvert to collapse. The water quickly eroded the clay and before much could be done a whole section of the canal collapsed and the water in it drained away. Immediate action took place to protect the public using the tow path and then the canal was dammed to prevent further water loss. Cocklemore Culvert became a major engineering job for MCC branch and we couldn’t have imagined just what would be the consequences in time and money when we had that call to say a small hole had appeared in the tow path.

It was decided that the whole culvert would have to be rebuilt, concrete pipe was considered but the costs and logistics of installation were too great, so that meant a massive excavation job, dismantle the culvert, and keep the water level low enough for volunteers to work safely (this was stream that we could not divert). Tons of silt had to be removed from the culvert by volunteers in waders, using spades, shovels and sometimes gloved hands. We completed half the culvert but were running out of money and decided work had to stop. Trust fundraising director and branch volunteer Kath Hatton discovered the Yorkshire Building Society Living Legacy Awards and with the help of thousands who voted for us we were granted £10,000 which enabled us to carry on with the work. In just over 12 months the culvert was completely rebuilt; using three layers of bricks in a pattern/method devised by trust engineers and branch volunteers, it was a beautiful job but hopefully it will never see the sight of day again!

We plan an interpretation board to celebrate the work done by Ray, Basil and the team. 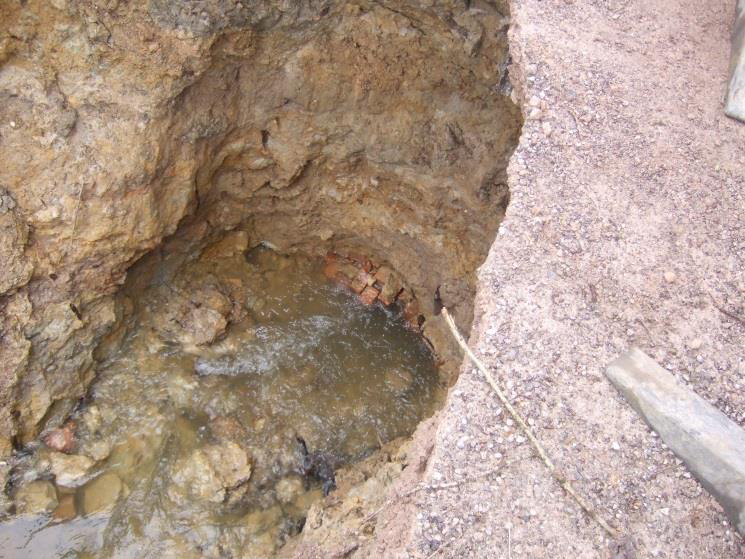 A small hole appears in the tow path, you can just make out the edge of bricks where the culvert collapsed 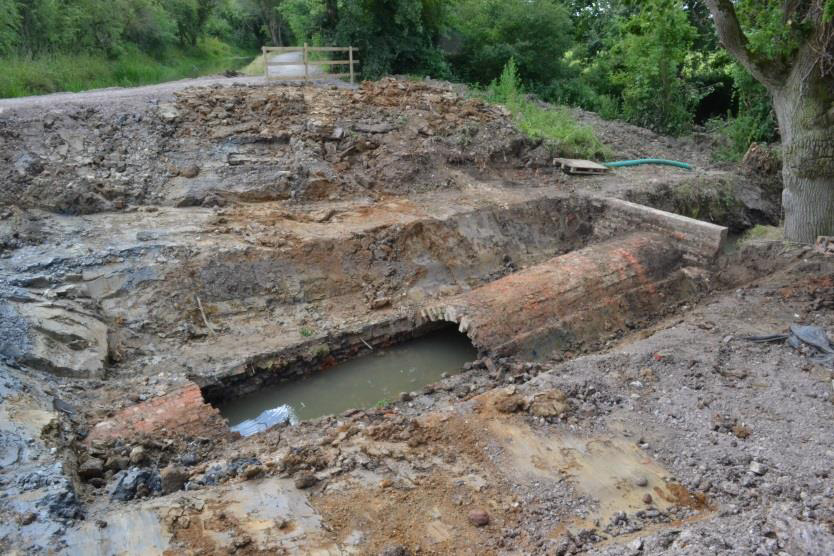 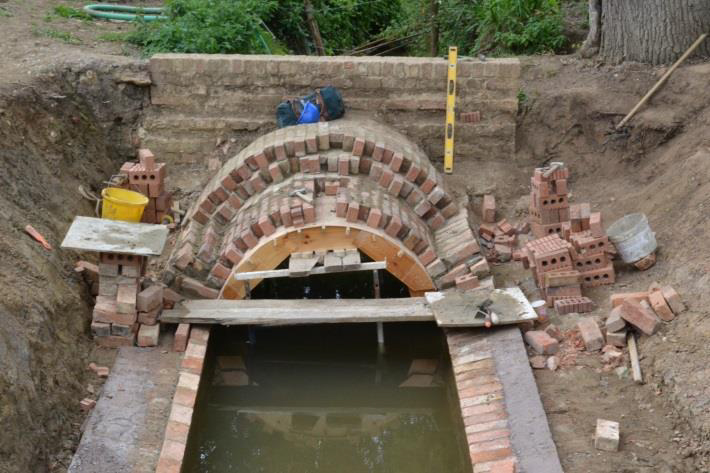 It took months before the water flow/level such that we could start work, and this was with pumps running 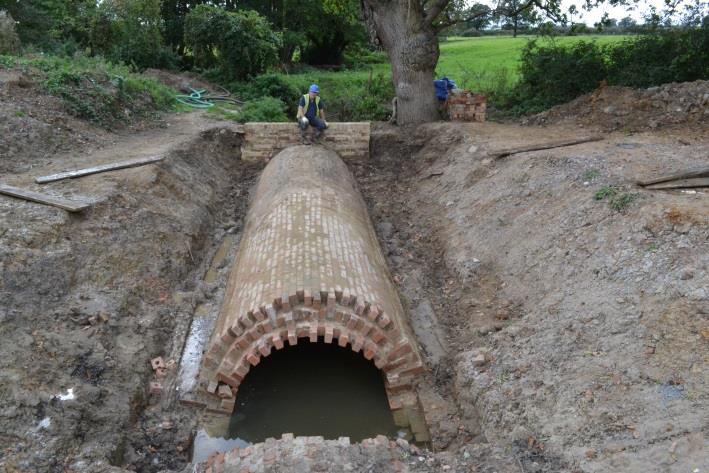 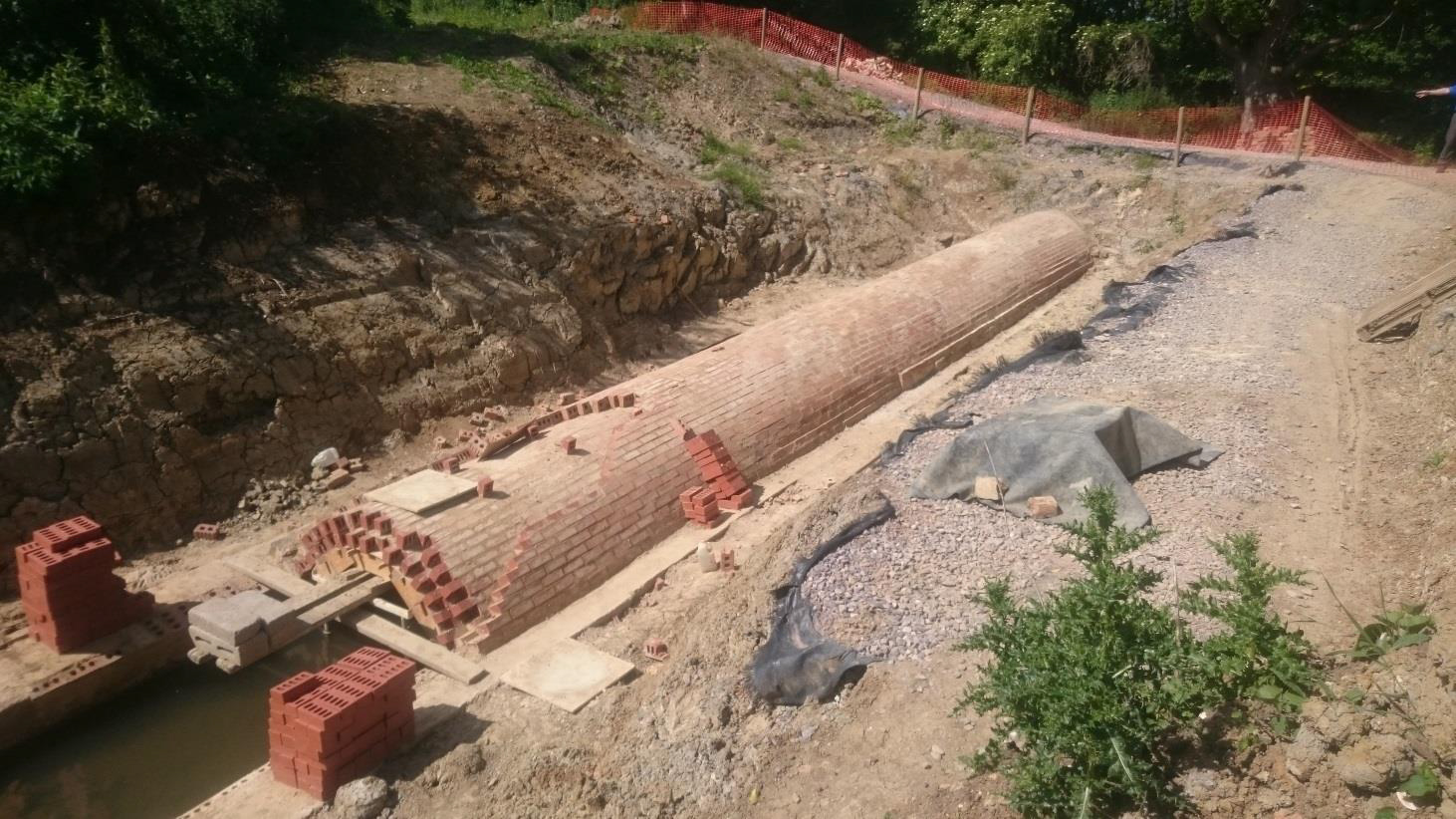 Almost there….Thousands of volunteer hours…over £10,000….and how many bricks later! 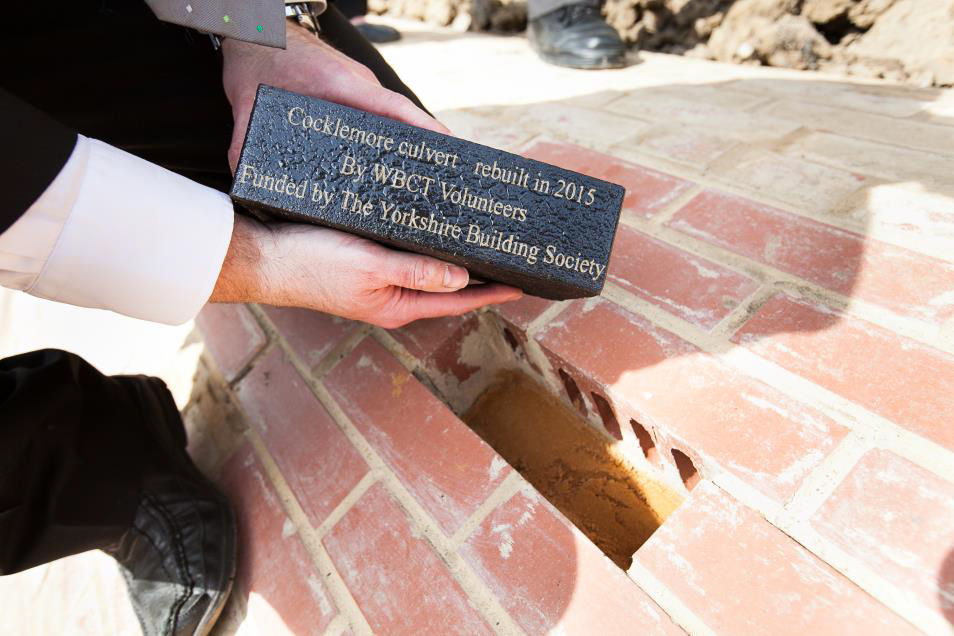