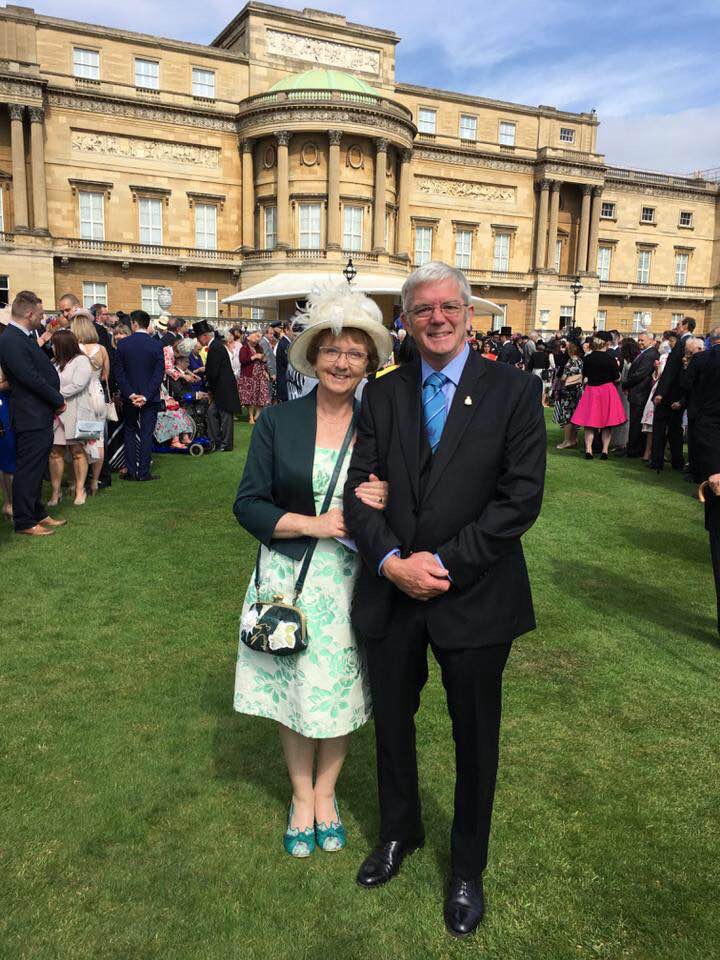 A Chippenham volunteer had his efforts recognised when he was invited to represent the charity at Buckingham Palace.

Dave Maloney was selected by the Wilts & Berks Canal Trust to attend one of this year’s royal garden parties.
The 63-year-old is the chairman of the charity’s Melksham, Chippenham & Calne branch and an executive manager.

He attended the event with his wife June and was among a small group to be formally presented to Her Royal Highness the Duchess of Cornwall, the patron of the Trust.

Dave, from Saxons Ridge, said: “I was very surprised when I was asked to represent the charity, but proud and honoured to do so. We were especially delighted to be presented to our patron, who was interested to hear the latest news of our ongoing restoration campaign – especially near her home in Reybridge where the canal once linked Chippenham and Melksham via Lacock.The weather was glorious, the gardens were grand and we enjoyed an array of delicious refreshments including sandwiches, cakes, teas and ice-creams. The music played by the military bands also added to the atmosphere.
It was a very special and memorable experience.”

Trust chairman Roderick Bluh said: “We were asked to nominate one of our members to attend the royal garden party to recognise and celebrate the role of volunteers in our charity. The trustees had no hesitation in recommending Dave. He personifies volunteering – he’s hardworking, dedicated and inspiring.
We thank him and all of our volunteers for their efforts.”