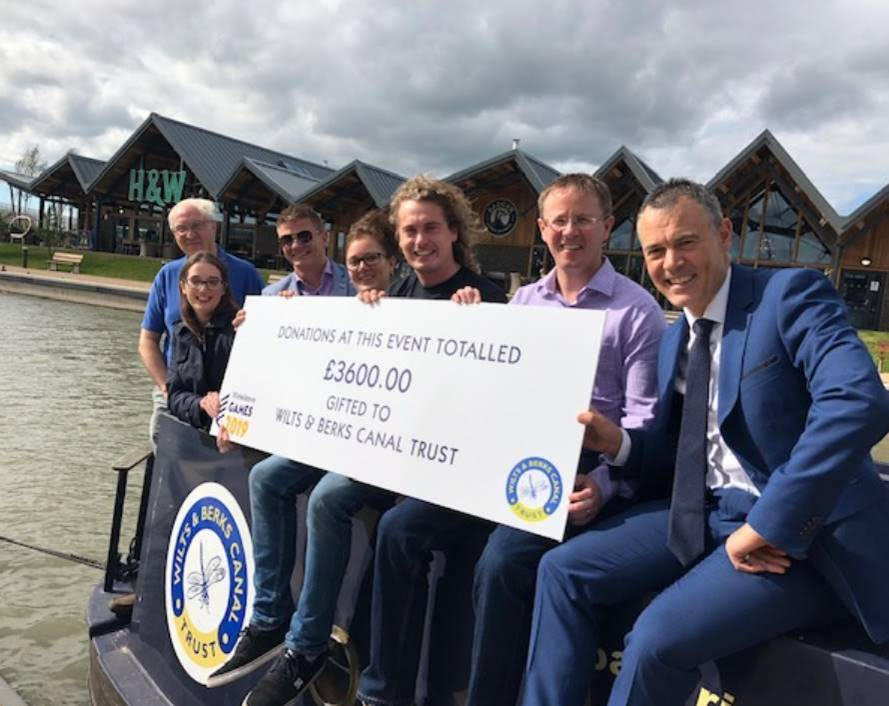 The first Wichelstowe Games were held on Saturday August 24th on the southern edge of Swindon, where a short stretch of the waterway has already been restored.

Tessa Lanstein is the Head of Projects and a member of the Executive Committee for the Wilts & Berks Canal Trust.  She said: “We are sincerely grateful to the Event Team (Hall & Woodhouse, Waitrose & Partners, Wichelstowe Development Team, Swindon & District Canoe Club, WOLT and Fandangos Events) for choosing our charity as the first beneficiary of the inaugural Wichelstowe Games and we’re delighted it was such a success.  The canal is already proving to be a major asset for the local community and this event has provided much needed funds to continue its restoration, ultimately providing a vital new source of employment, leisure and tourism, as well as a new wildlife corridor.”

Karl Drew, General Manager of Hall & Woodhouse pub, said: “We wanted to arrange a fun event to give something back to the local community and were delighted to support the Wilts & Berks Canal Trust at our first games.  We’re lucky to have such a beautiful waterway on our doorstep and look forward to the day when the canal is fully restored, providing a new tourist attraction which will boost the local economy.”

The aim of the Wilts & Berks Canal Trust is to restore the waterway from the Kennet & Avon Canal near Melksham to the Thames & Severn Canal near Cricklade and the River Thames near Abingdon, connecting Chippenham, Calne, Royal Wootton Bassett, Swindon & Wantage.  Visit www.wbct.org.uk for more information.

Next year’s Wichelstowe Games will run on Sunday 14th June so keep up to date on the latest news at www.wichelstowe.co.uk