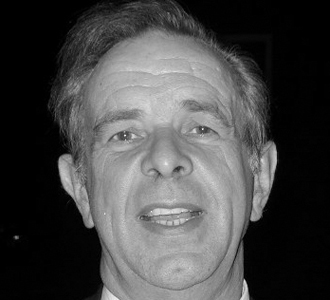 Tony Davy championed the campaign to restore the Wilts & Berks Canal as Chairman from 1996 until his sudden death in June 2004. The Trust's Council of Management wish to acknowledge Tony's tireless work by adding his name to the Roll of Honour. Sharing the pleasure, frustrations and setbacks of the project, Juanita Davy has written this fitting portrait:

As a family we gain a lot of strength seeing the Wilts and Berks step forward into yet another exciting stage of development. You all do so much to bring the dreams and ideas, that Tony shared, into reality.

Tony grew up in the wilds of the Tamar Valley (The Cornish side!). One favourite game was damming the streams, a pastime that never really ended, although he later claimed to be playing with the children! This may have been the start of his interest in canals and the redundant tin and copper mines fuelled his strong interest in Industrial Archaeology. Tony also had a love of the countryside and the wildlife in it; many an injured animal owes its life to him.

Tony met me, Juanita, in 1965 when we teamed up to run a youth club. We married in 1969 and later had two children, Lara and Douglas.

In 1967 he followed in his father's footsteps and joined the RAF. Already a qualified private pilot, he became a navigator. He loved the Service way of life, in particular the comradeship, and travelled extensively around the world initially with Coastal Command and later with Transport Command. In 1977 Tony was posted to RAF Lyneham and moved to nearby Goatacre. Being in the Forces, he had not envisaged remaining in the area for more than a couple of years but, by commuting to the Ministry of Defence in London and later Bracknell Staff College, he managed to maintain the home and garden which he loved. He also became an active member of the local community.

Tony became interested in the restoration of the Wilts & Berks Canal and donated a few bricks for lock walls. He became an active member of the local Calne branch and later the chairman. On his return from serving as Detachment Commander in Bahrain, in 1995, he was invited onto the Council of Management. The following year he became chairman of the Wilts & Berks Amenity Group, as it was then called. He was assured that this would merely be a ‘figurehead' position and would not be too time consuming! With his usual enthusiasm he threw himself into the restoration project, which at the time was described as a ‘dream'. Partly through his leadership the restoration of the canal is now happening.

He had a part share in a narrow boat and was never happier than when out on the canal system. It had been his fond hope that one day he would be able to take the tiller and travel from Semington to Abingdon on the direct waterway route. I hope one day to make the journey for him, or perhaps one of our children will have the opportunity to do so.

It is sad that the announcement regarding the restoration of the Wilts & Berks Canal coming in the second tranch of the British Waterways Restoration Candidates was not made until the day of Tony's funeral. He would have been so elated at the news.

When Tony died many of you generously gave donations to the Wilts & Berks Canal Trust in his memory, for which my grateful thanks - the Treasurer welcomes further contributions. It is hoped that a lock at Pewsham will be named after him. This would be a wonderful memorial to Tony and I cannot think of a more fitting tribute for all he did to move the restoration of the canal forward.

Tony was a fine man, with great strength of character and an enthusiasm that motivated many people. Not only was he a leader but also, by mediating, he was able to calm most controversial situations which arose within the Trust and reassure members of the public who were dubious about the restoration of the canal. To his family he gave love and loyalty. To his friends and colleagues he was a source of support, and he would willingly help anyone. He was a generous man, giving not only financial support where required but giving of his time and energy. Remember him for his boyish grin, and his great love of family, friends ... and canals!