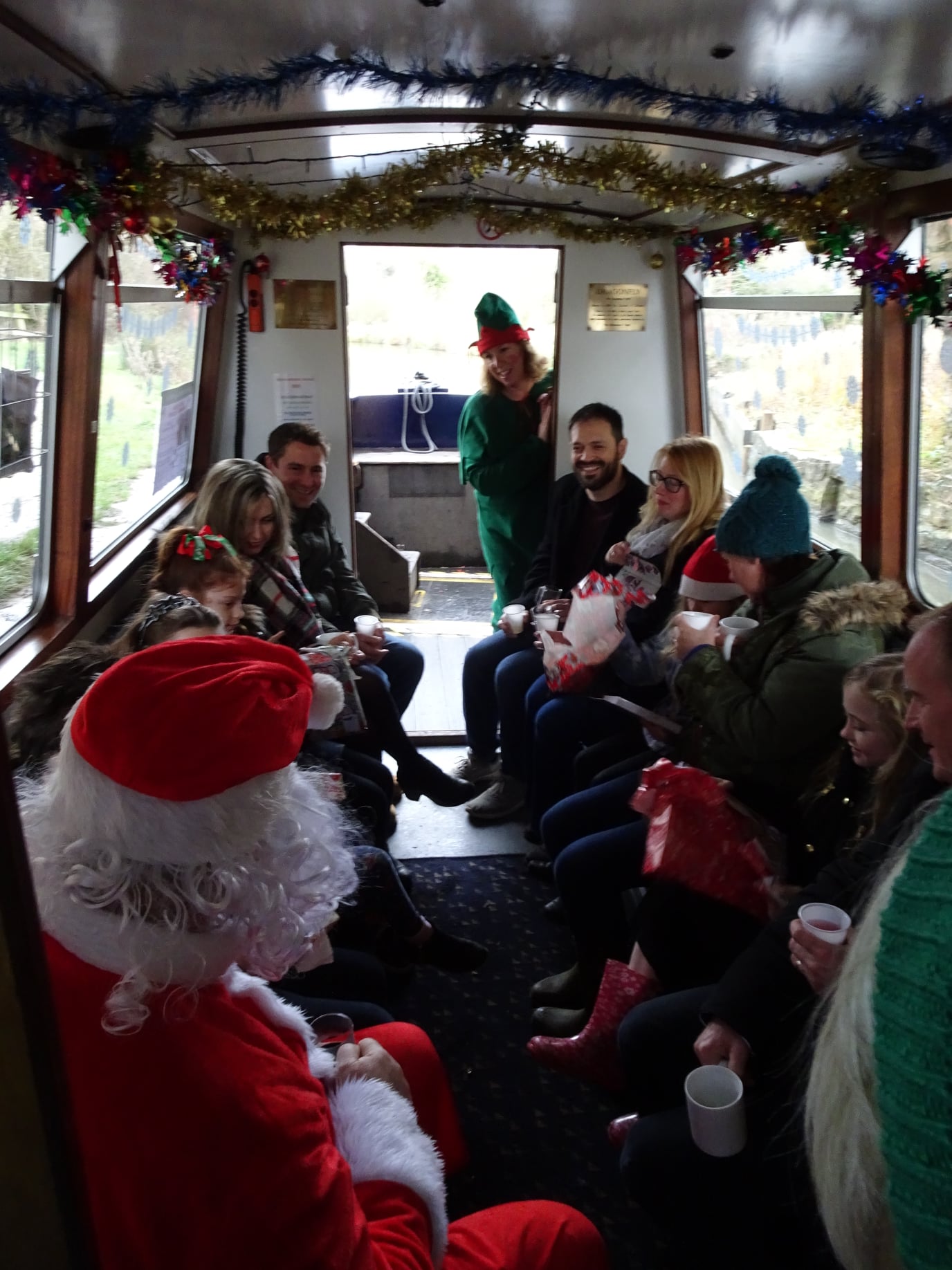 It is with great sadness that we have to announce that we will NOT be running Santa trips aboard Dragonfly this year.

The Twine family had long been based at Vastern Wharf, involved in the timber trade. The 1841 Census records for Hunts Mill Road list Thomas Twine aged 23, timber dealer, at one house, while George and Elizabeth Twine and their son Adam, also timber dealers, lived at another. Twenty years later in 1861, Thomas Twine was a coal merchant and beer-seller with his wife Elizabeth and growing family, while Adam Twine, a timber merchant, was also married - to Mary Ann, 12 years his senior; one young son was named George while another was Adam, carrying on the family names.

By 1881, George had retired as an inn-keeper, but Adam, 58, was both a timber merchant and builder, while Adam junior, by now aged 32, was also a timber merchant. According to newspaper accounts, 'Adam Twine', elder or younger, was also a boat-owner and a director of the canal company.

Adam senior died in 1893 aged 71 and is buried in Wootton Bassett Cemetery.

Adam junior continued as a timber merchant, coal merchant and builder; by 1901 he was living in High Street, Wootton Bassett with his wife Amelia. Ten years later, the 1911 Census tells us that Adam, by now a widower, was living in the Manor House in Wootton Bassett, with no fewer than 24 rooms for him and his two servants. We read in the Surrey Mirror on 8th May 1917 that: "Whilst hurrying to catch his train at Swindon Mr. Adam Twine, a retired timber merchant, of Wootton Bassett, Wilts, dropped dead on the platform immediately after showing his ticket." It took a few days for the news to reach Surrey, because he was buried at Wootton Bassett Cemetery, aged 68, on 4th May.

1876: Boat disaster in floods on River Avon near Bristol

1896: Vastern Wharf and the Chalybeate Spas at Whitehill