The Royal Wootton Bassett branch runs from Hay Lane in the east to Tockenham in the west, and is chaired by Alex Hutchings (alex.hutchings@wbct.org.uk). 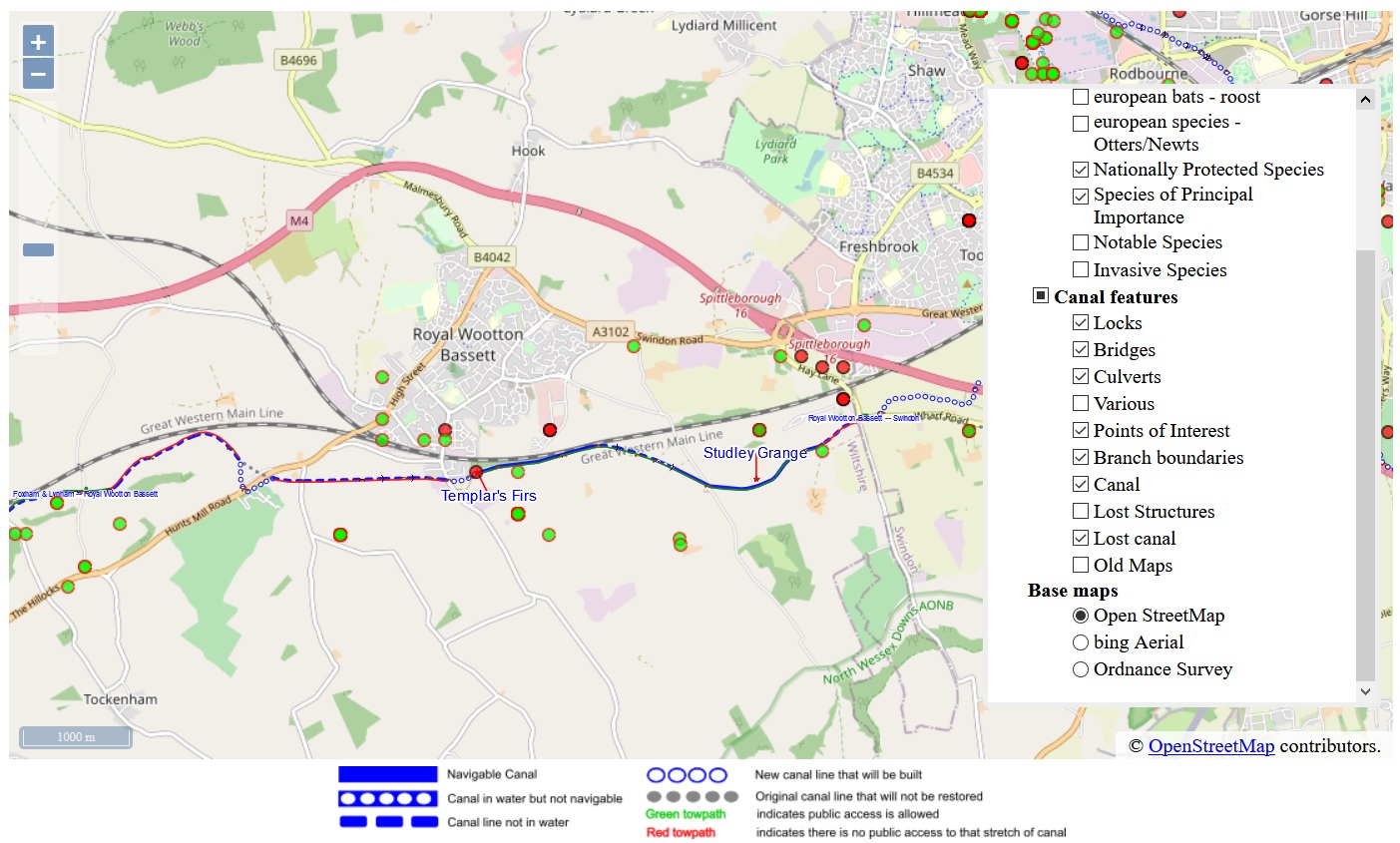 (This map is a close-up from the WBCT Interactive Map for the WBCT branch area, showing the canal features as well as biodiversity information.)

Over 200 years before it became a ‘Royal’ town, Wootton Bassett was firmly on the map of the planned Wilts & Berks Canal.

The first meeting took place in 1793 at the Town Hall in the High Street, and such was the importance of the market town that Wootton Bassett was in the centre of the canal map – and there was no sign of its smaller neighbour Swindon which was just a collection of houses. The map was changed a couple of times before the final route was settled from Semington in the west to Abingdon in the east, and Swindon finally got a mention.

The canal rose to its summit level just east of the town at Chaddington, and continued on the same level around what later became ‘Old Swindon’ and on to Stratton before descending through the locks of the Vale of the White Horse.

The Great Western Railway runs right next to the canal, half a mile south-east of the town centre. It was the railway that took traffic from the canal, and after it closed in 1914, the line of the canal gradually grew fainter. In 1940, the Air Ministry built 50 houses at Templar’s Firs ready for the new airfield at Lyneham, and the old canal was lost under their back gardens.

Although the Wilts & Berks Canal Amenity Group started in 1977, it was not until 1993 that the first section of canal was restored. It now forms an attractive linear park stretching from the slipway at Templar’s Firs through to Studley Grange. Although the centre section is privately owned and is un-restored, the public footpath follows the line of the canal towpath. 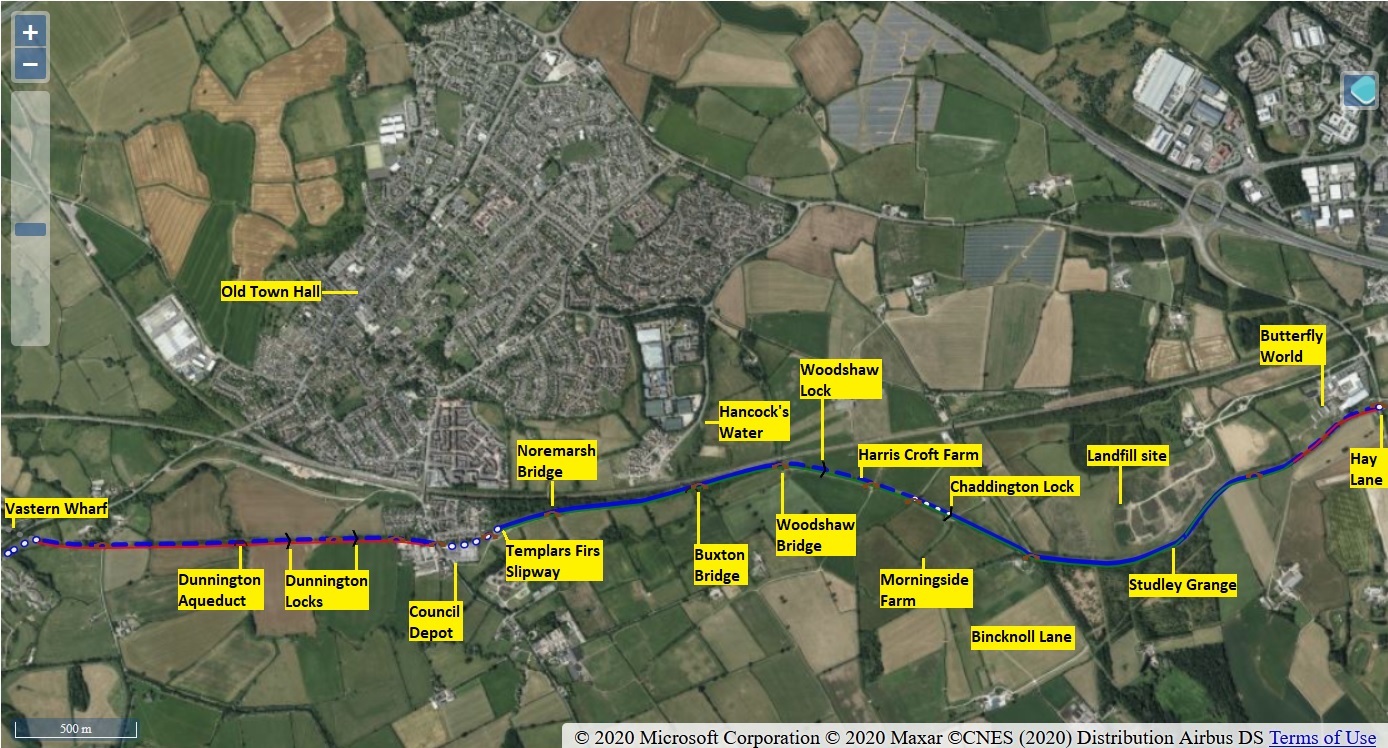 The Council Depot on Marlborough Road is now surplus to requirements, and when it is redeveloped, the land at the north of the Depot site will form an extension of the restored canal behind the back gardens of Templars Firs, continuing under Marlborough Road in a navigable culvert. The Canal Trust already has planning permission to extend the canal, and has created a diversion to the farm access track in readiness.

To the west of the site of the former ‘Bridge Inn’ at Marlborough Road, the remains of the canal still exist, though on private land with no public access through Dunnington Farm.

Dunnington Aqueduct is a major structure taking the canal over the brook on Dunnington Farm on its way west to Vastern, Tockenham and Dauntsey.

What have the knights of the Templars got to do with Royal Wootton Bassett? Nothing as far as we know. However, when the railway was being built, Brynard’s Hill Farm was occupied by Francis Templar, and his name is now immortalised at Templar’s Farm Overbridge just north of the canal, as well as the woodland known as Templar’s Firs – but there’s no evidence of any fir trees; most are oaks.

Within the next few years it is hoped that the restored canal will join up with Wichelstowe and Swindon.

The branch work party gets together every Wednesday, working on maintenance either at the Templars Firs end or around Chaddington lock. Contact the work party organiser John Bower on 07709 581257 or john.bower@wbct.org.uk.