This is how we got Dragonfly back in the water - a challenge successfully met! There's still work to do now she's back in the water, so unfortunately trips will NOT resume just yet. With thanks to Cyan and Steve for the photos, and Chris for the step by step narration!
Last look at Dragonfly, immaculate with her new paint & anodes, The decal with her name on looks slightly curved, but actually it's straight but on a curved surface. 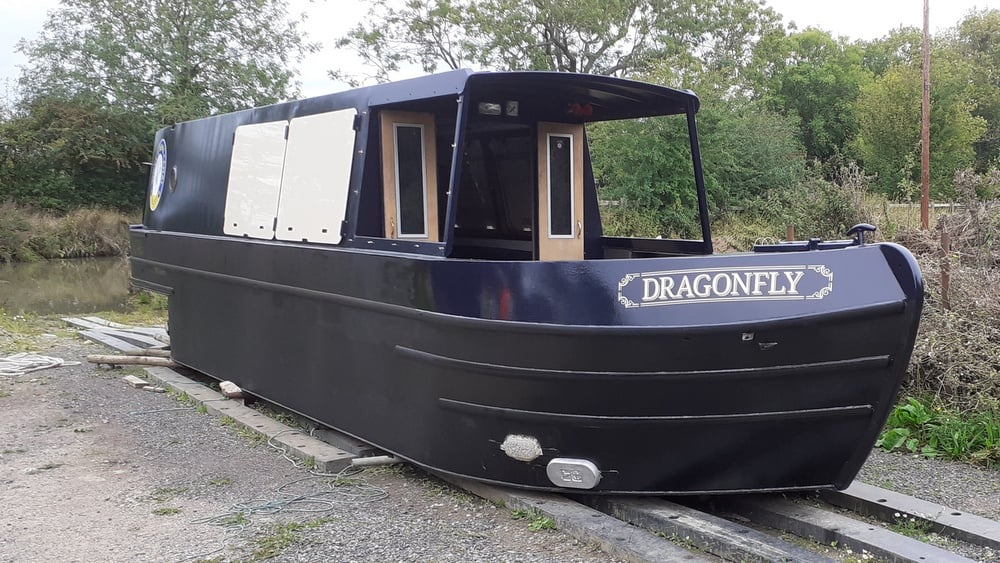 This shows the challenge - Chris was concerned the stern might slip sideways on her way back to the water, so he arranged a rope to a vehicle either side to control any sideways movement. 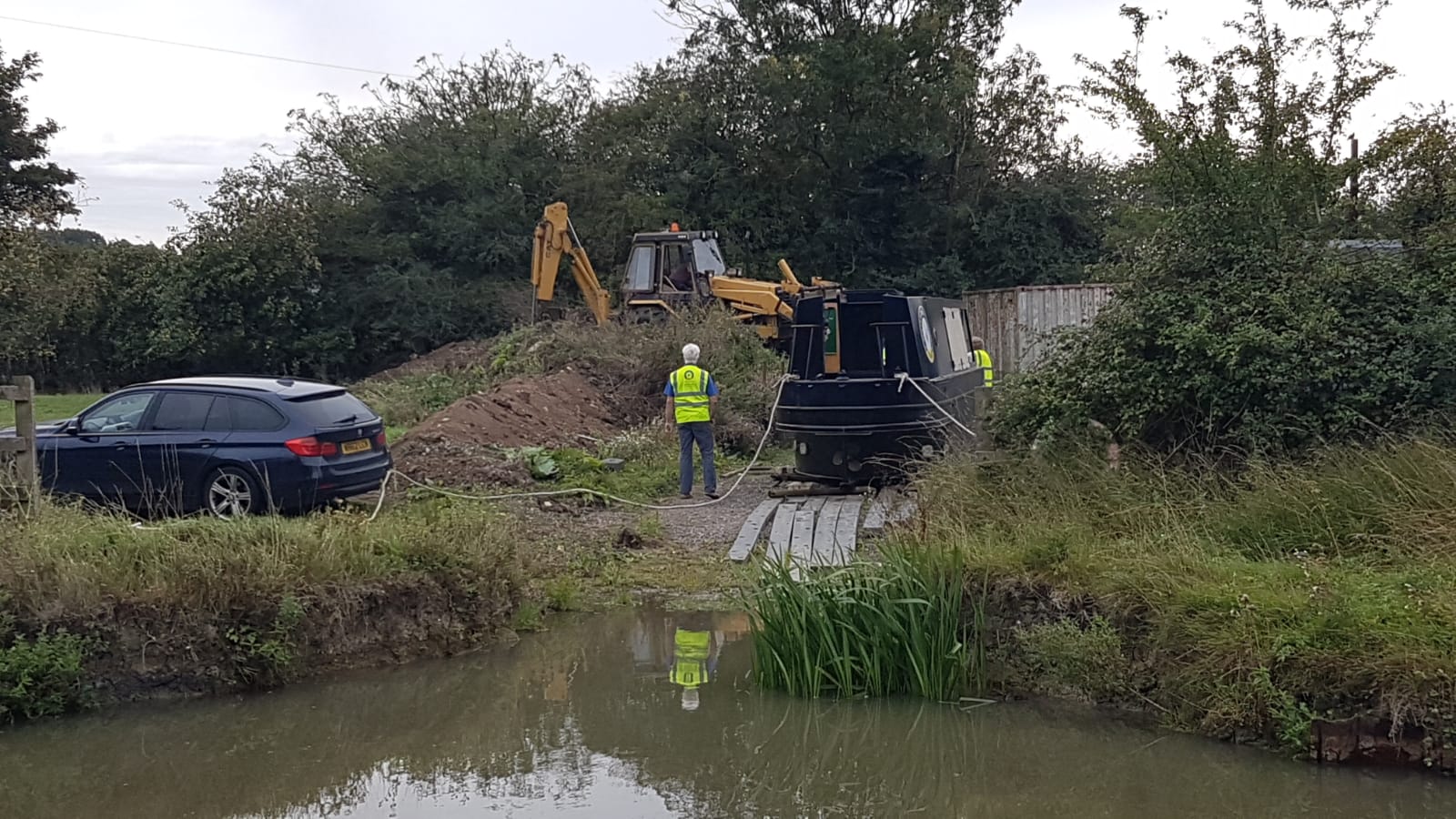 The business end! Note the rope, in case the boat started rolling away from the JCB towards the water, As the boat went down, those top beams were moved to the bottom end. 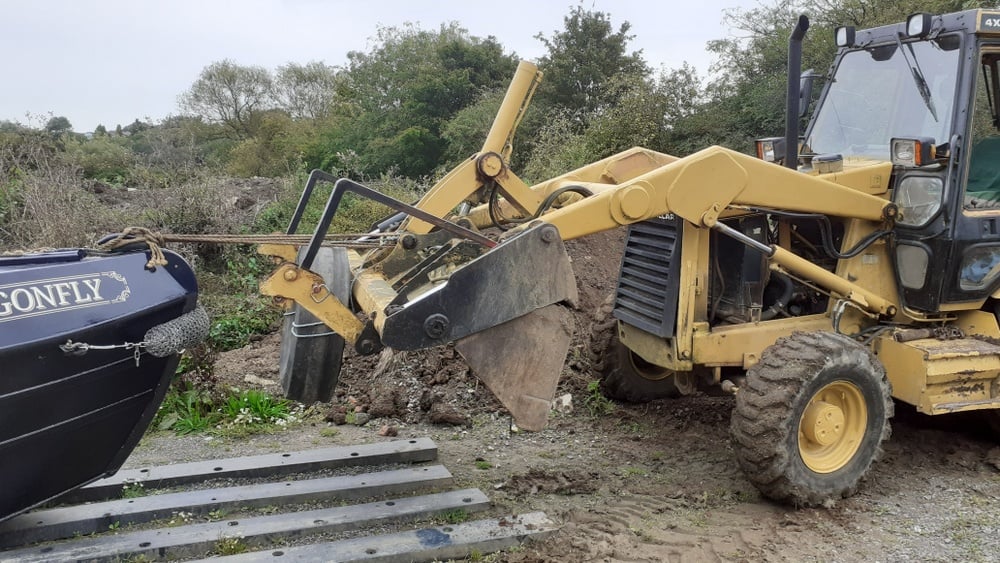 The stern DID move sideways, too much to be controlled by the ropes. So the Tirfor winch was put to good use - that's it by George's feet; it's firmly anchored with a strap around the tree trunk behind! 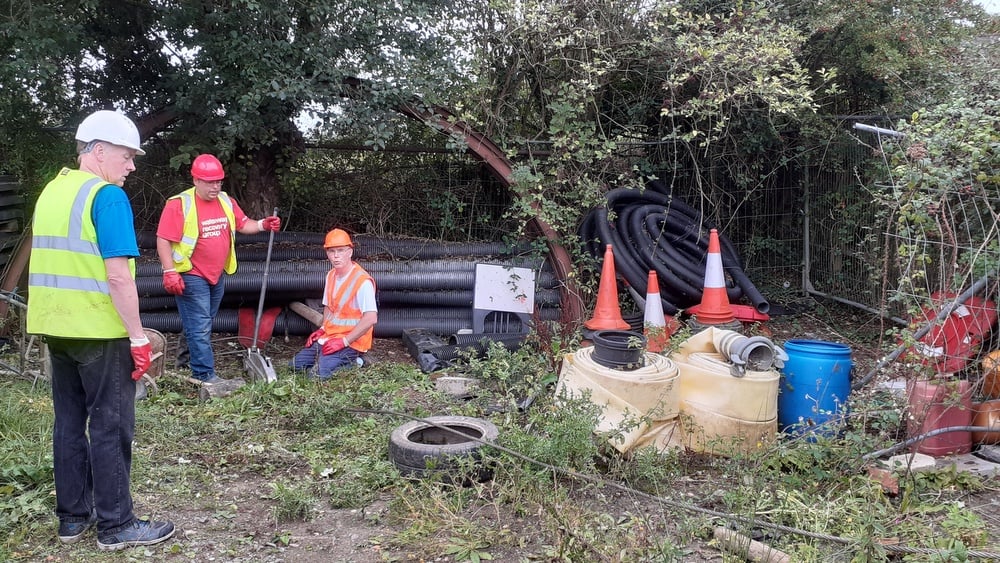 Nearly there! By this time Chris was on the stern, ready to start the engine 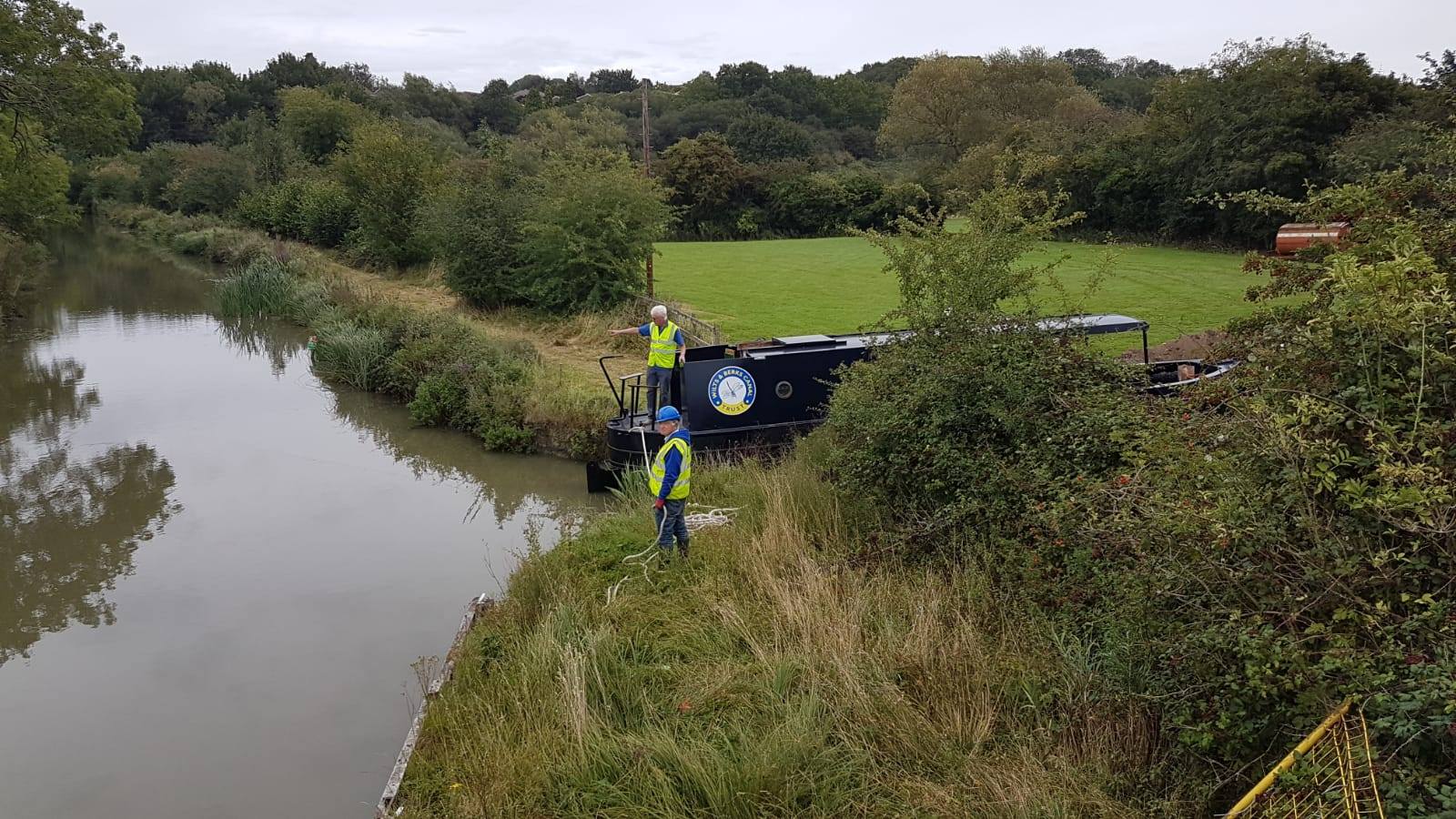 Properly afloat! Chris is removing the duct tape he'd put over the engine air intakes & exhaust; they hadn't gone under water when we took her out, but the canal level had dropped & I wasn't taking any chances! 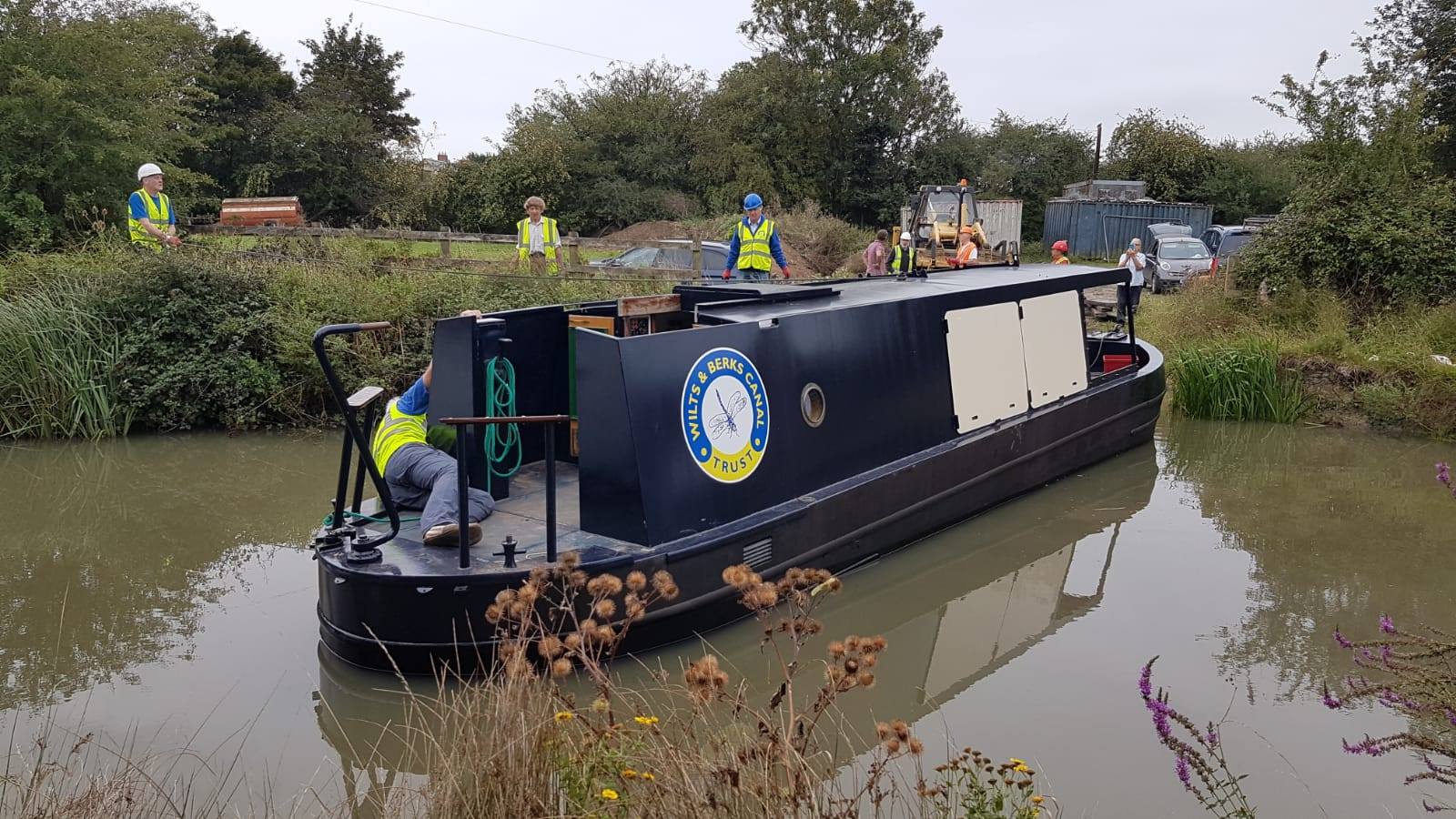 Dragonfly moving under her own power for the first time since March - off back to Waitrose! 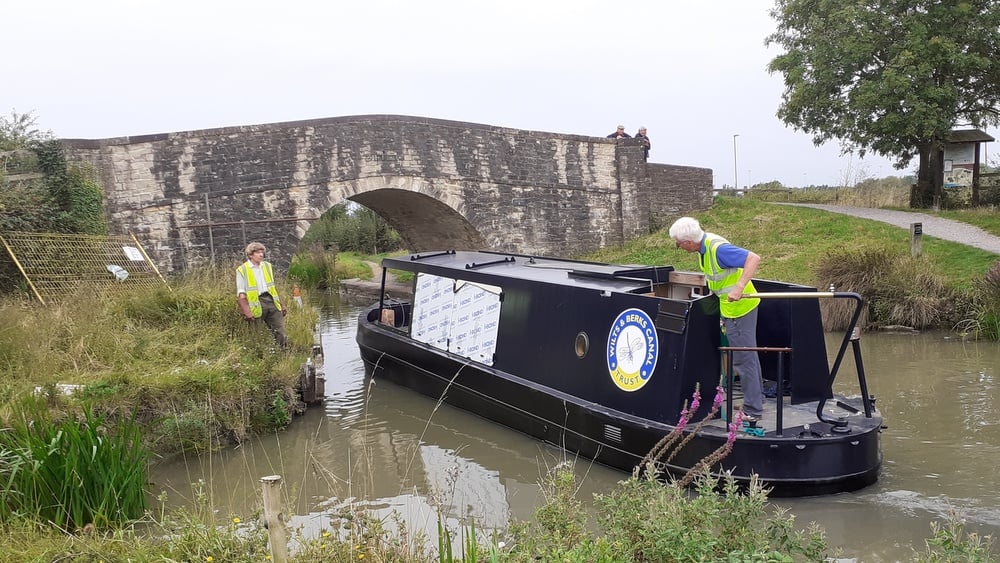