Very sad news on the canal near Royal Wooton Basset; of the pair of swans that had just chosen their nesting site at Chaddington, yesterday the female was shot & killed. This is the remaining male, looking bereft. Swans mate for life, with very few exceptions, making this awful incident all the more tragic. The Wilts & Berks Canal Trust is appalled by this, and is offering a £1,000 reward for information that leads to the conviction of the perpetrator. Anyone with information regarding this horrible act of violence should contact the police using their non-emergency line, 101.

Despite popular urban myth, killing a swan is not considered an act of treason. However, all wild birds (with some exclusions for game birds) are protected by the Wildlife & Countryside Act 1981, which makes the intentional killing, injuring or taking of a protected bird illegal, and punishable by an unlimited fine and up to 6 months in prison. You can learn more on the RSPB website.

Update: three of the over 30,000 people reached via Facebook had possible information to pass to the Police, one person has offered an additional £500 to our own reward, and Royal Wootton Bassett has started a fundraiser currently in excess of £800, taking the total reward to over £2,300 for information leading to conviction. The Swindon advertiser has also run an article on this tragic story.

Meanwhile, the Canal Trust is looking at finding a replacement for the bereaved male - actually there are two, as there was a similar incident in 2019 - and the Trust is willing to donate £500 towards this. Normally we're appealing for funds; it makes a nice change to be able to bring some good out of this dreadful situation. Here is footage from the incident in 2019, showing how we used our trip boat to take a volunteer from the Oak & Furrows charity to rescue an injured cygnet

Update 23/03: the Royal Wootton Bassett fundraiser now stands at an amazing £1,100! Bringing the total reward to £2,600 and growing. You can donate to the fundraiser via their Go Fund Me link (please note, this fundraiser is not organised or managed by WBCT; if you would prefer to donate directly to us, please use the donate button at the top of the page).

Update 25/03: the police have issued an update on the case; whilst they currently have no hard evidence to tie the killing of the swan to a local cat shooting, they are keeping an open mind as they investigate. Sgt Smith also wanted to reassure the local community that these events are being investigated fully and they will do all they can to bring the perpetrators to justice. You can read more in the Swindon Advertiser's latest article.

Update 2 25/03: according to a post by the RWB Police on their Facebook page, a 16 year old has been arrested in connection with the shooting, and a gas-powered weapon has been seized. However, the investigation is still ongoing and they continue to encourage anyone with information to come forward. 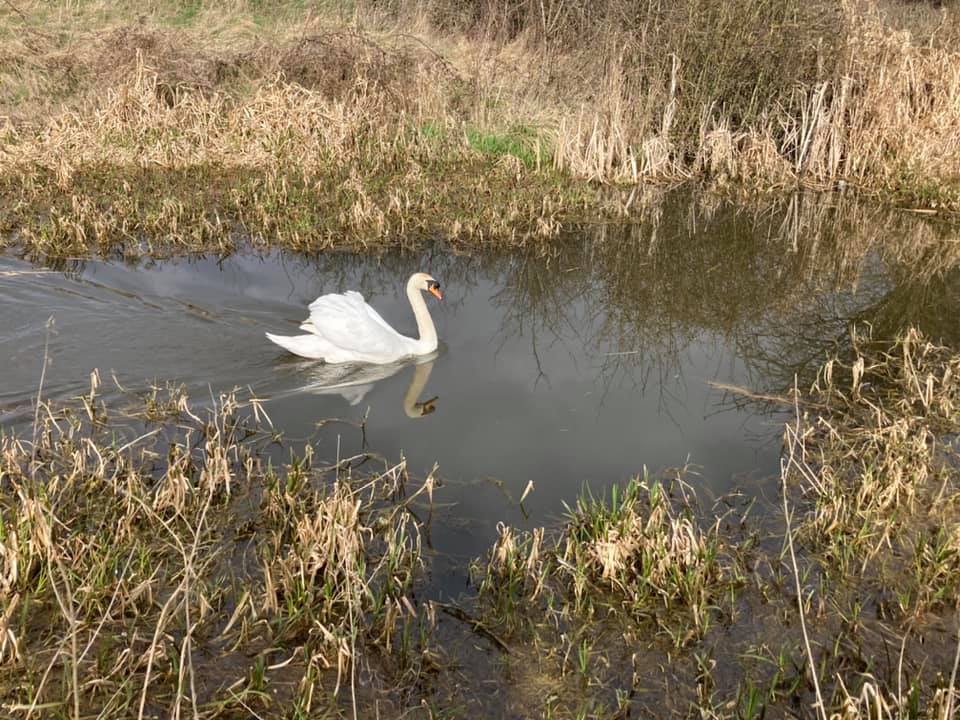