Wildlife in, on & around the canal

Most canal users are not in boats, but on the towpath – walking, cycling, fishing, or just out there enjoying the tranquility. In wooded areas, the Japanese call it shinrin-yoku – forest bathing – but just being by water engenders feelings of relaxation. Part of this is being in the presence of wildlife, and canals, as blue-green corridors, have wildlife aplenty! 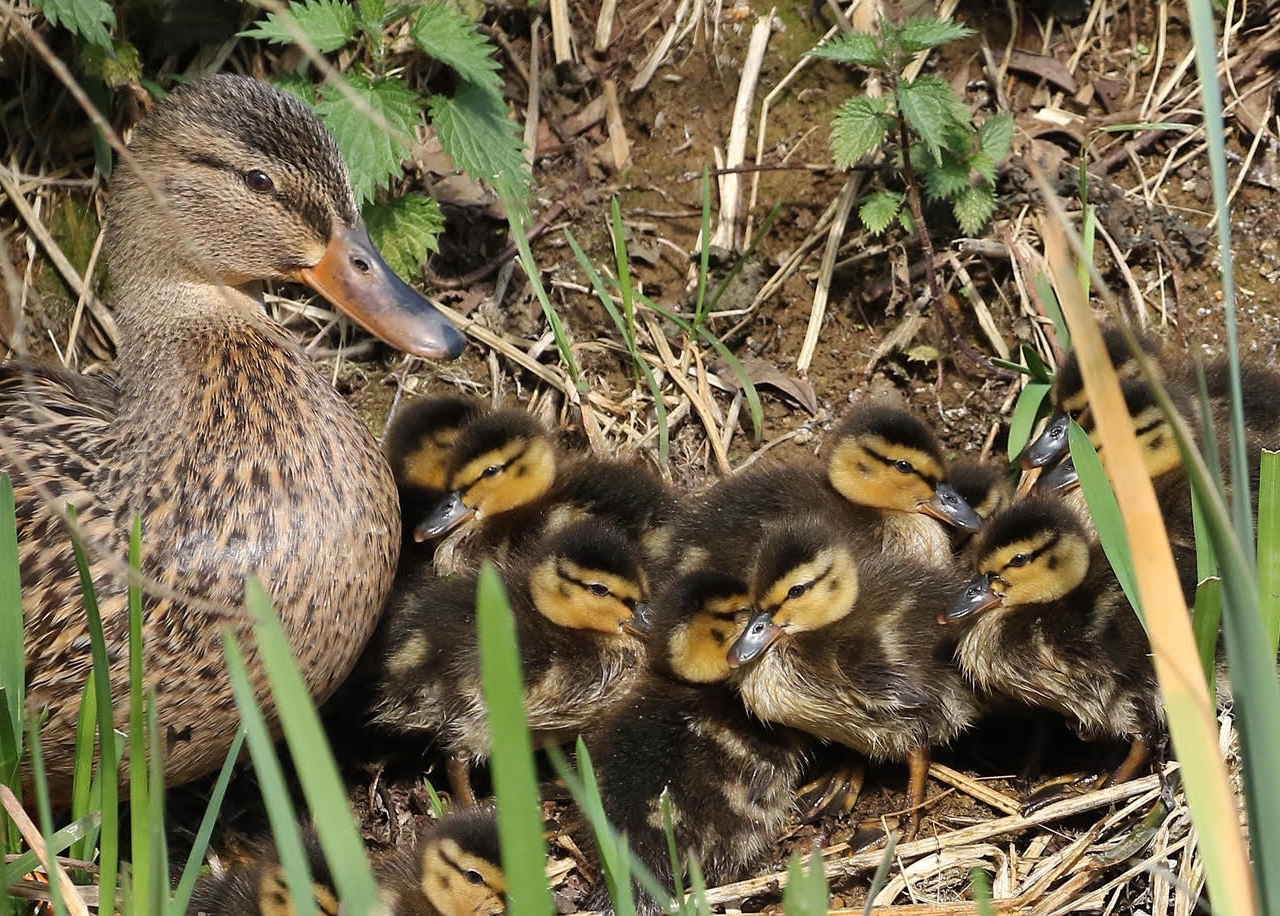 Everyone knows about ducks, geese & swans of course; moorhens and, less commonly, coots are also around. Away from the water, there are smaller birds too we find in our gardens; even the occasional cuckoo in spring. But the real waterside stars are herons & kingfishers. There is a heron where Dragonfly runs, who has learnt that if it stays while the boat passes, there’s a better chance of catching a fish. Then it takes off, flies over the boat, & lands ahead to do the same again! Kingfishers are to be seen on the Templars Firs section at Royal Wootton Bassett.

This writer knows nothing about fish or plants – that’s for another time - but he does know that occasionally on Dragonfly he hears a mighty big splash nearby, & sometimes a big flurry of disturbed small fish – could there be a pike or two around?

It’s always the rare encounters that are the most exciting; the iconic one is, of course, the water vole, and we were able to obtain a prolonged video of one recently; it was posted on the Trust’s Facebook page and attracted a lot of interest, with a reach of almost 11,000 and over 5OO engagements. We have included it below for your enjoyment.

Dragonfly crew have several times seen a grass snake swimming in the canal, and there’s a small family of Terrapin – presumably abandoned pets – near Skew Bridge in Swindon. Foxes, Roe and Muntjac deer are commonly seen, but never yet seen is the Otter, though they have left clues of their presence in the form of freshwater mussel shells, nibbled at the edges in characteristic manner. And yes, freshwater mussels abound too – a live one has been found at the bottom of one of the gardens coming down to the canal; they’re huge!

Wildlife fest 2 - the best clip I've ever got of a water vole! If you'd like to find out more about what the Trust is doing, ciick on one of the following links - www.wbct.org.uk @wbctcanal #wiltsandberkscanal