Restoration of Bottom Lock at Pewsham

Since the abandonment of our canal in 1914 trees would often self-seed and unfortunately had a habit of growing where they were not wanted.. One such tree had decided it would grow right on top of one of the wing walls of Bottom Lock at Pewsham. The tree had been cut down several years ago but the very large stump remained and had to be removed before we could carry out any restoration work on the wall..

Recently a team of volunteers took on the task of removing it. This was easier said than done given its size and location but after a number of weeks of determined digging and with the use of two tirfors the stump was finally loosened. However even then the job wasn’t over as we had to somehow drag the stump up the bank and away from the wall and canal. This was achieved with the tirfors, an 8 ton digger and using scaffolding planks to enable the stump to slide up the bank.

Whilst we don’t like to lose trees there was a happy ending as the stump was then half buried away from the canal where it can rot down and provide a habitat for wildlife. 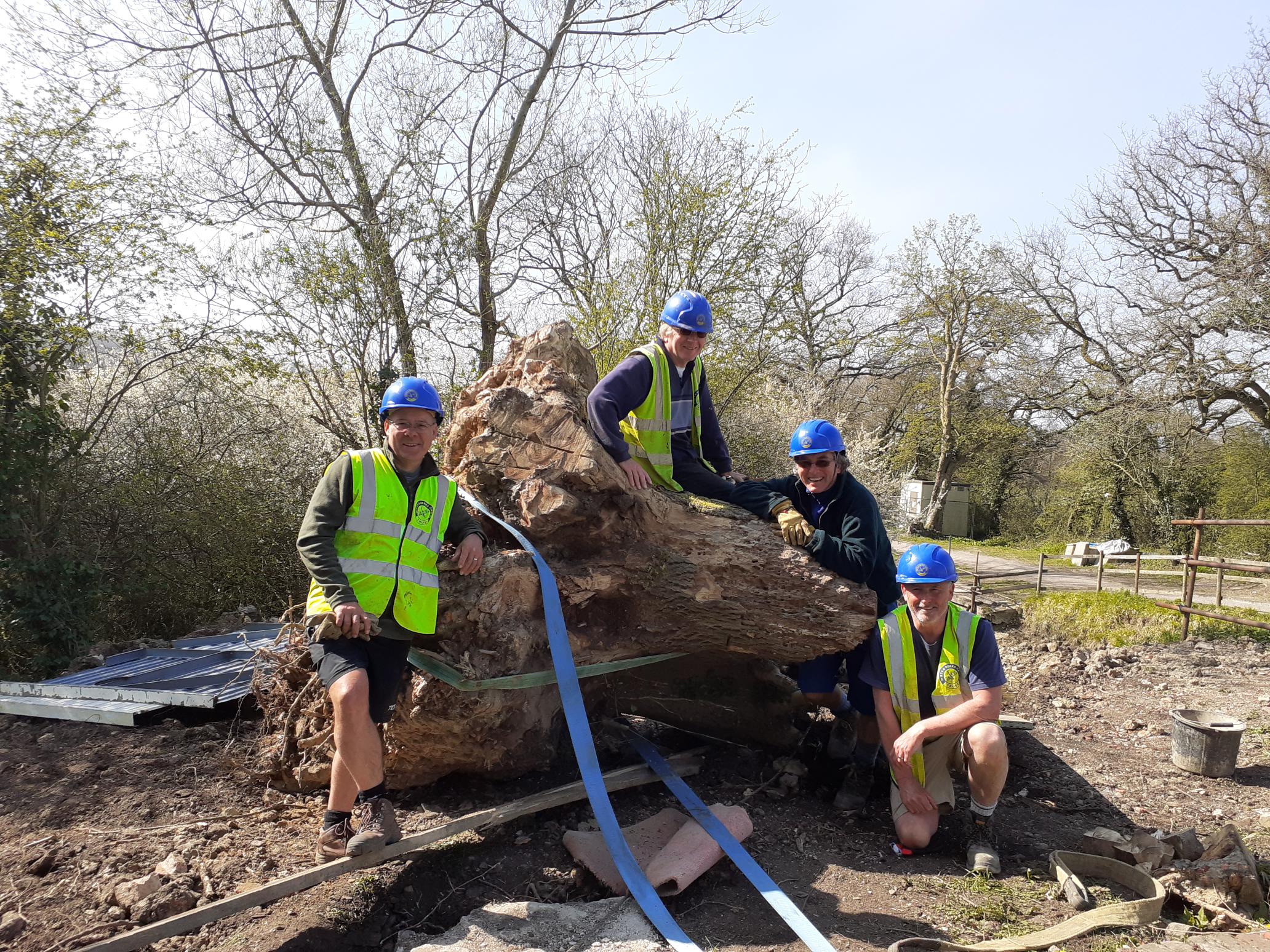 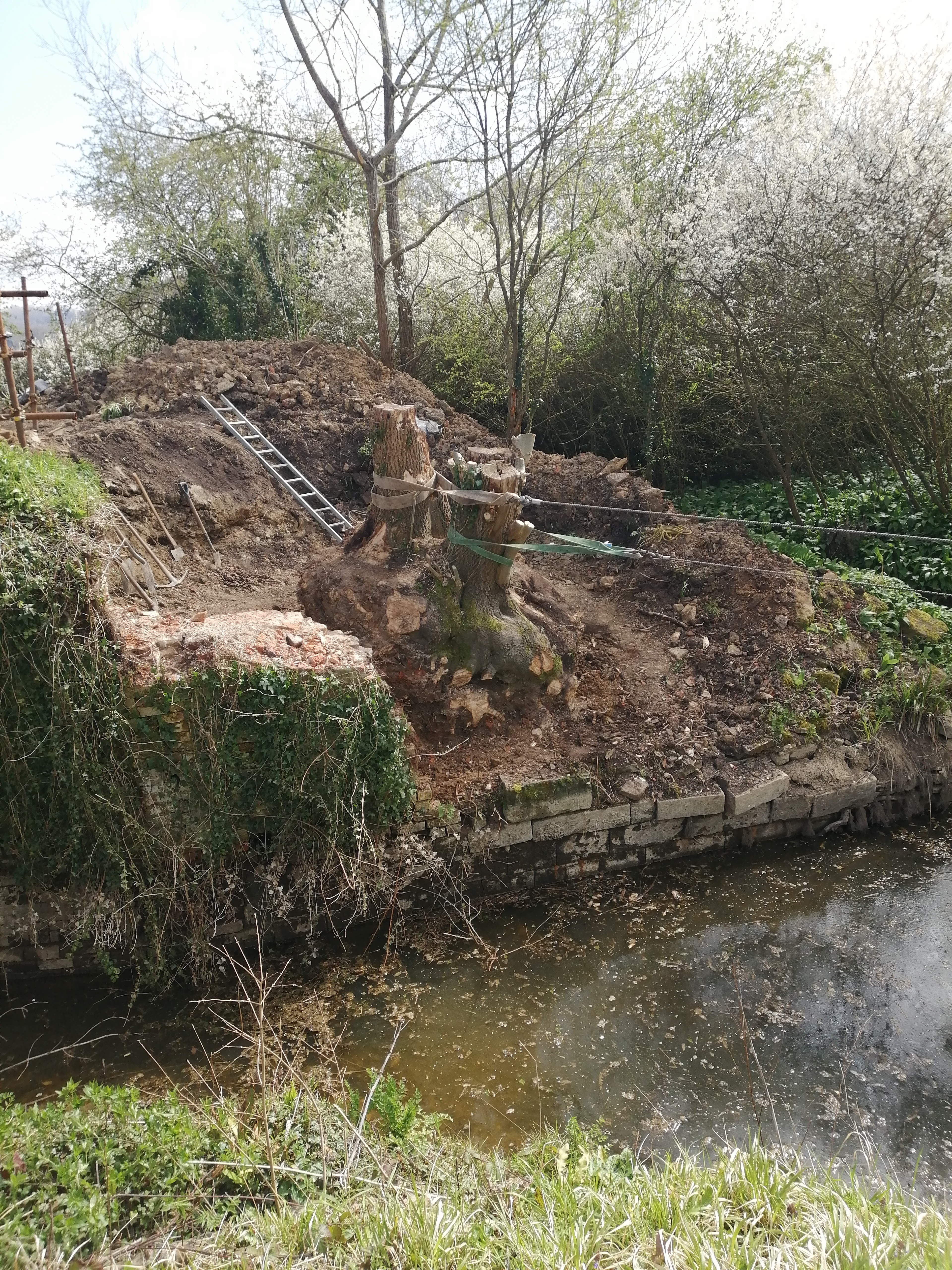