Templar's Firs had received its slipway and the first narrow-boat had cruised along that section, so what was next?

A local firm, R J Lampard Waste Management Limited, changed its name in 1994 to Barge Waste Management Limited, no doubt a nod to the unrestored Wilts & Berks Canal skirting its southern edge. In 1995 it was in talks with the Wilts & Berks Canal Amenity Group and the local waste authority, Wiltshire County Council, to begin the restoration of the canal.

What did Studley Grange look like in the 1990s? The late Vic Miller took a few photos that show quite a difference to what came later:

By Summer 1997, it was time to make an announcement in 'Dragonfly' magazine issue 65: 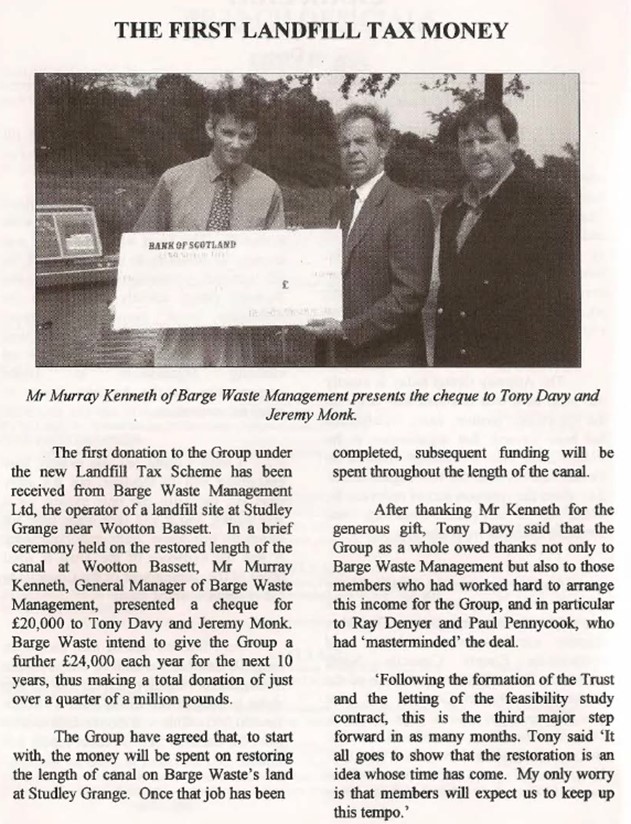 Dragonfly 68 of Spring 1998, was optimistic of an early start to restoration, where Henry Smith of Swindon branch reported:

‘Whilst on this side of Swindon, I will mention the Studley Grange landfill site which, although in the Wootton Bassett "patch", does involve an input from me. Ron Robertson has been busy cutting back the towpath hedge to allow re-instatement of the towpath, which was dug out to form a stream when the canal was backfilled, and Ron and I have set out some three quarters of the whole length with pegs and profiles, ready for excavation. The landfill operator's subcontractor should commence excavation shortly (probably as soon as this goes to press).’

That bubble soon burst. In the next issue, Dragonfly 69 of Summer 1998, Henry Smith reported:

‘At Studley Grange landfill site, the new owner, Biffa, has decided, for operational reasons, that the canal will not be excavated until the land-filling adjacent to the canal is complete, in some four years’ time. It is not all bad news as the Landfill tax monies being received will now be available for restoration works either side, towards Wootton Bassett and Swindon.’

It was many more years before Biffa could commit to the canal starting restoration. Land-filling didn't stop in 2002; it continued until the end of 2011, and the process should have been completed in December 2015. The last lorry-load of soil was actually delivered to the site in January 2021.

Throughout the repeated planning applications to extend the operational life of the land-fill site, each planning approval contained a similarly-worded condition safeguarding the line of the canal: 'No works shall be carried out on the site which would impact on the line of the Wilts and Berks Canal.'

By the time restoration was ready to take place, the canal line was constrained by the slope of the land-fill mound, to the extent that a line of rock-filled gabions was needed to stabilise the bank at what became the narrowest point, as seen in April 2020: 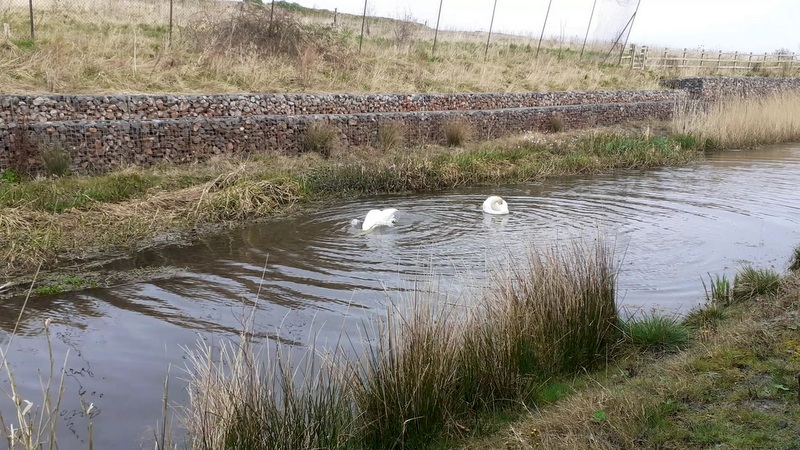 Unfortunately, after heavy rain in December 2020, this short section of gabion wall began to slip towards the canal.