Double Bridge was built as an accommodation bridge for two adjacent land owners. It was unusual in that it was twice the normal width of a bridge built on this canal. It had a dividing wall down the middle, remains of which were discovered during the restoration. It is thought that this was to allow stock from both owners to cross the canal without becoming inter-mixed.

Having gained access to the line of the canal at Pewsham and having installed a footpath we were then able to start repairs on some of the structures. The canal was completed in 1810 so it was coming up to being 200 years old. All the structures were showing their age, not least because as the canal had been disbanded in 1914 little or no maintenance had been carried out since that time.

These pictures show Double Bridge in 2002 and 2003. As can be seen the bridge is looking very much the worse for wear with extensive vegetation covering it including some bushes and trees growing into the brickwork. In addition the canal itself has been infilled.

Restoration began in 2005 with the removal of all the vegetation on and around the bridge to enable inspection of the brickwork. The infill in the canal was also removed to allow the foundations to be inspected.

Once completed work on the bridge itself began with the abutments and wing walls being repaired or replaced where necessary.

Then the arch of the bridge itself was repaired. One of the most difficult aspects of the work was repairing the underside of the arch and the volunteers came up with ingenious ways on how to achieve this. For further information see the article entititled 'Extreme Bricklaying' written by one of the volunteers at the time at the end of this section.

Repairs to the underside of the arch included the installation of ‘bat’ bricks to allow bats to roost.

Finally the bridge parapet and pillars were installed – and by the end of 2006 the bridge was complete!.

Work then started on the outer wing walls for the entrance to the bridge and the installation of the towpath.

All of this was completed in early 2009 and on the 26th May 2009 the Trusts patron, HRH The Duchess of Cornwall, officially opened the bridge with the first to pass under the bridge being young members of a local canoe club.

This was not the end of the story as far as restoration of the bridge was concerned. In 2011 it was noticed that a large crack had developed in one of the parapet walls of the canal. Upon inspection it appeared that one side of the bridge was falling away causing the crack. On removal of the grass and earth covering over the bridge the extent of the crack could be seen. Note also the foundations for the brick wall that ran up the middle of the bridge can clearly be seen.

It was therefore decided that four large metal ties would be installed to stabilise the bridge. This was carried out in 2012 and since then there have been no further issues. 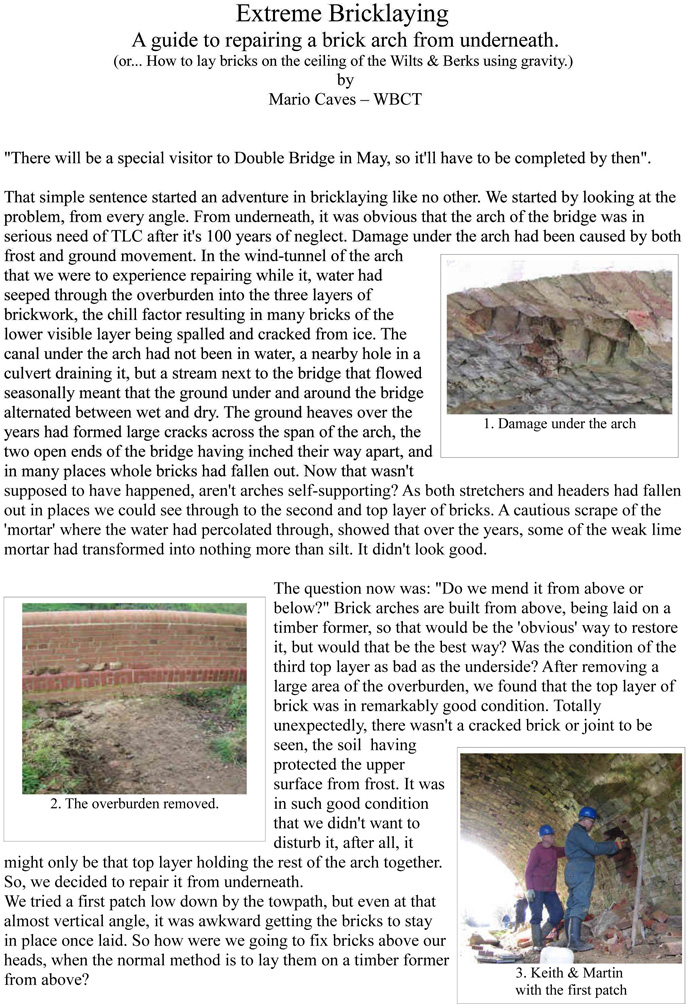 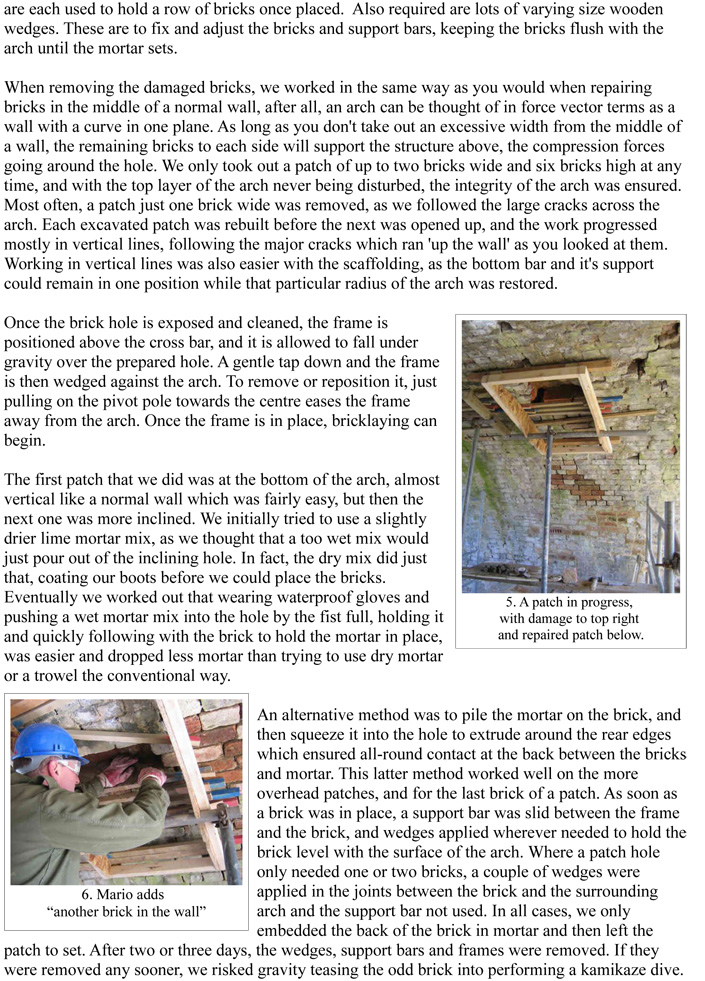 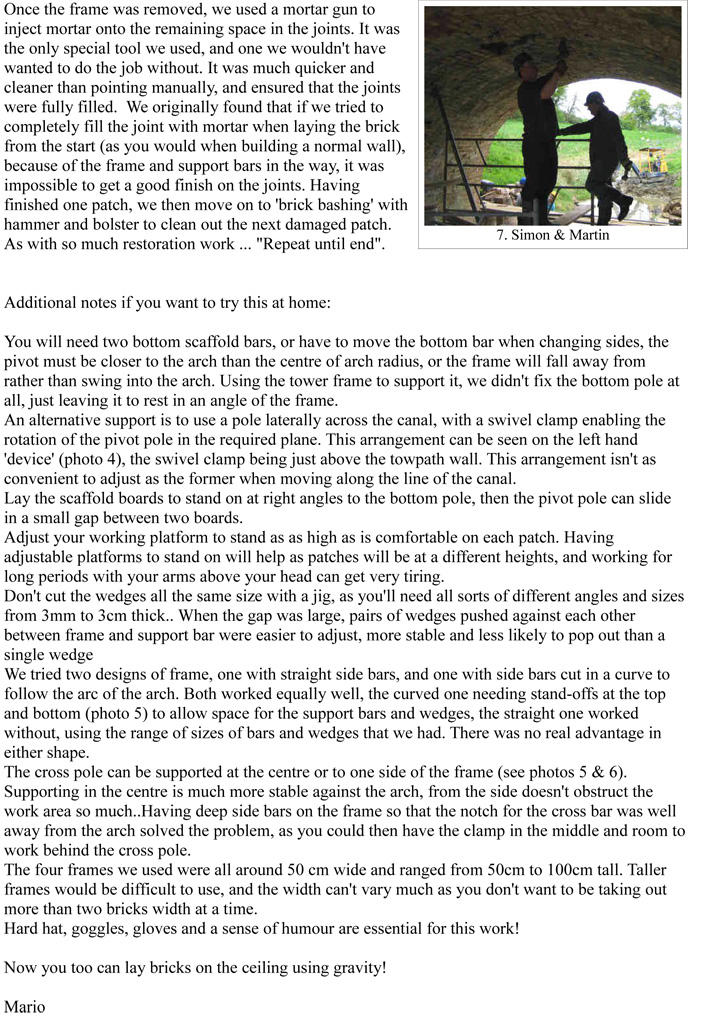