The thee locks at Pewsham were built to raise the canal 28 feet 11 inches with approximately 960,000 bricks being used in their construction. Many of the bricks, no doubt, were made ‘on-site’ at the temporary brick works that was established a few hundred yards to the North where the Chippenham Arm branch line joined the canal.

Once the canal was abandoned deterioration soon set in with lock gates rotting (or possibly removed and used for other purposes) and bricks weathering and cracking. Additionally there was some movement of lock walls and it didn’t help when during the war the Army used some of the lock walls for demolition practice!. On the plus side locks were often filled in with soil etc and this may have helped preserve some parts.

Nevertheless the three locks were in a sorry sight by the time the Wilts & Berks Amenity Group (later The Wilts & Berks Canal Trust) was formed. Below is a description of work so far. 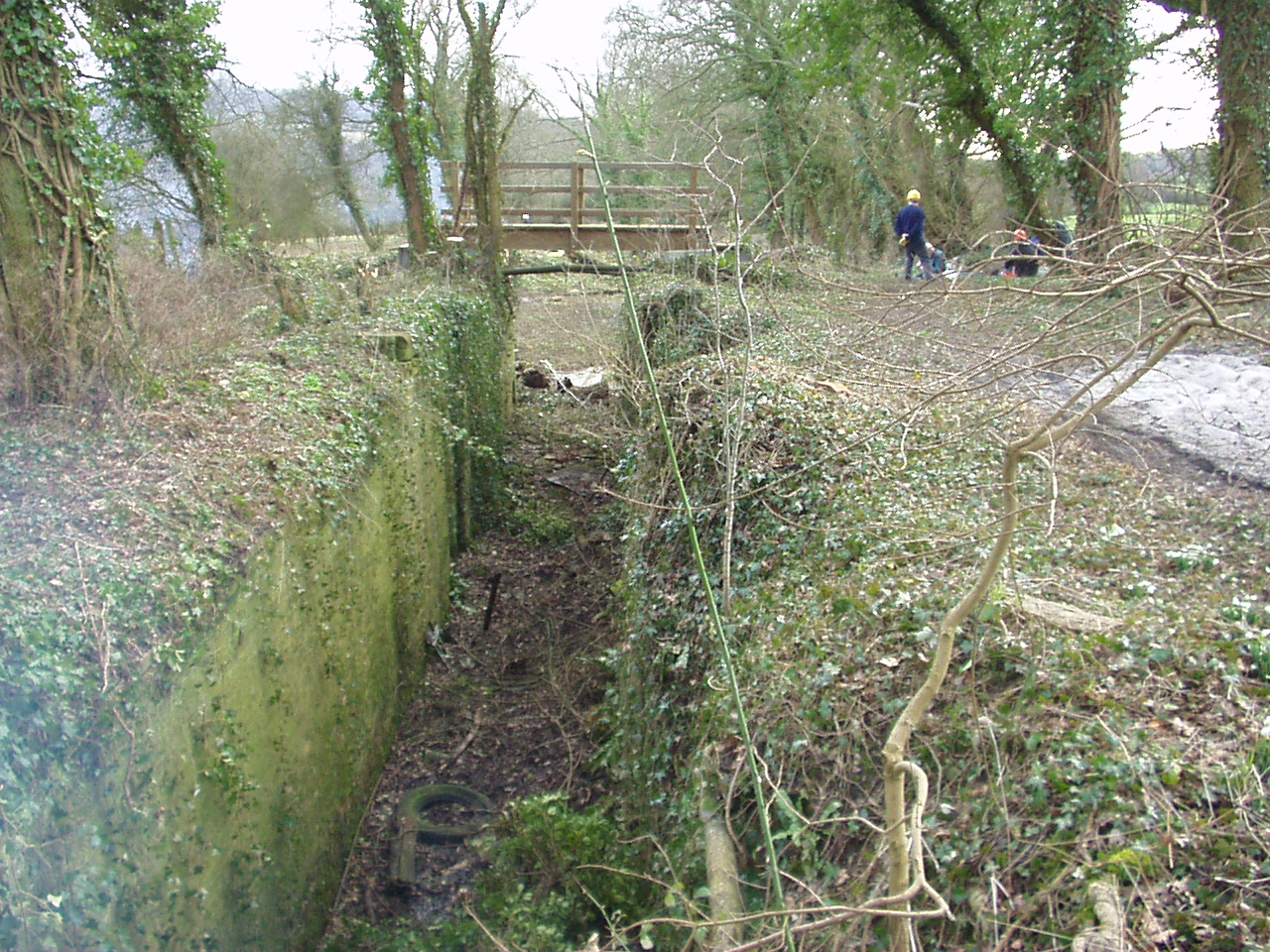 The first work on clearing Pewsham Top Lock started in the mid 1980’s and whilst the main chamber was generally cleared of debris little else was done for the next few years. 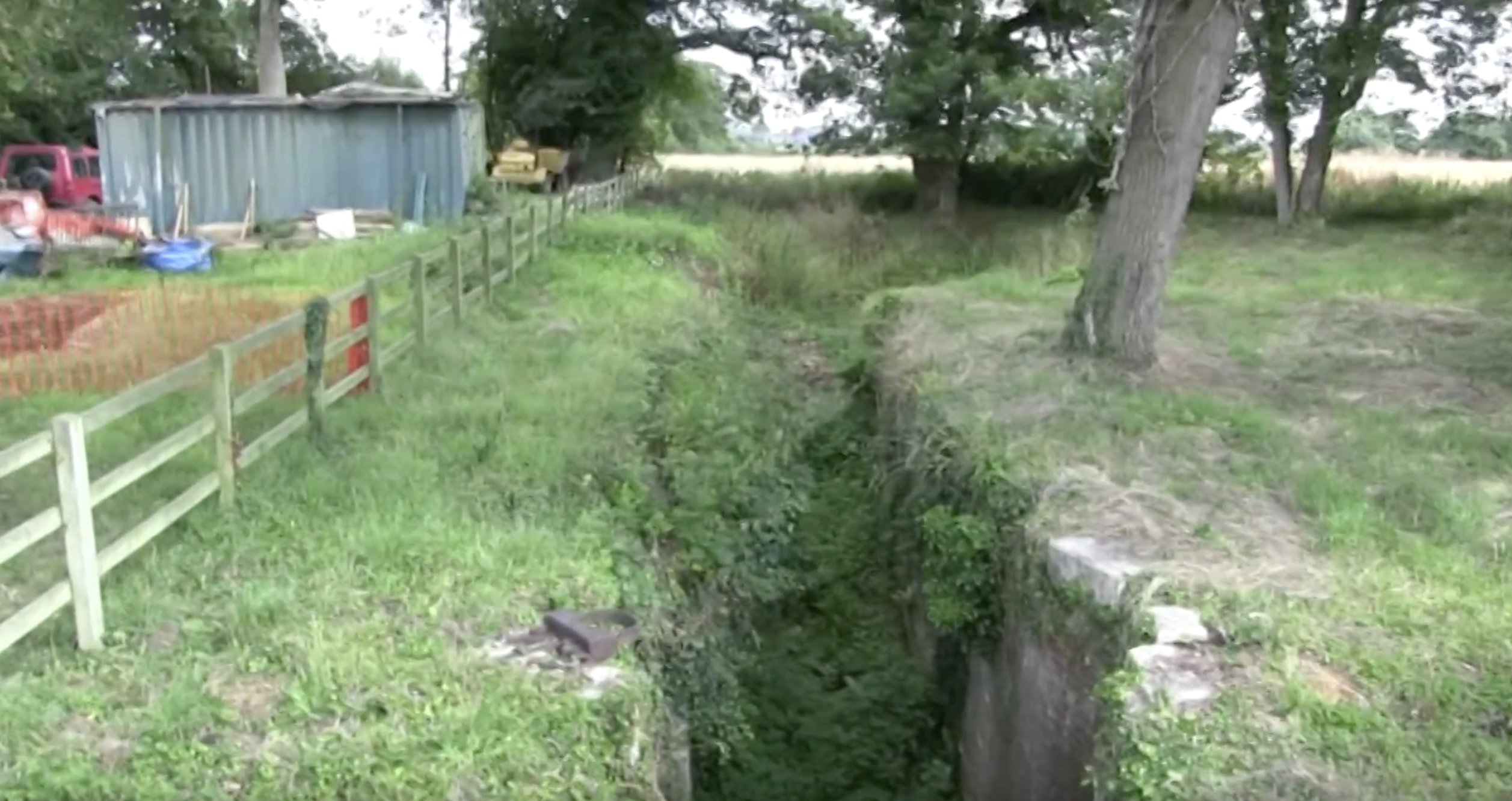 and it was not until 2009 and then again 2014 when Trust volunteers began a concerted effort to clear not only the lock but the surrounding area.

This involved clearing a lot of undergrowth and also a number of large trees that had self-seeded over the years and were growing in or very close to the lock walls.

In 2016 the repair and re-building of the four lock wing walls was started and these were completed in 2018. See the Wing Walls project page for more details.

The next part of the Top Lock Project, due to start in late 2020, is to build the accommodation bridge. 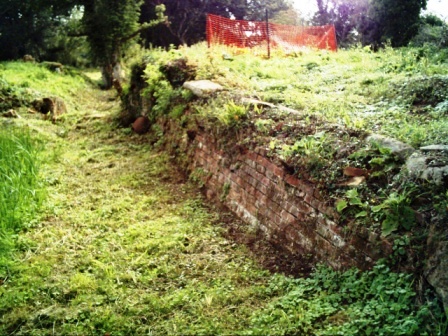 Of the 3 locks at Pewsham Middle Lock feels a bit like the forgotten lock. Not the Top Lock with a wooden footbridge, and soon hopefully a full accommodation bridge over it and where we secured a significant amount of funding nor Bottom Lock which sits just above the re-watered section of canal and seems to be itching to be put back into use. Middle Lock sits …..well in the Middle and seems to miss out on everything. 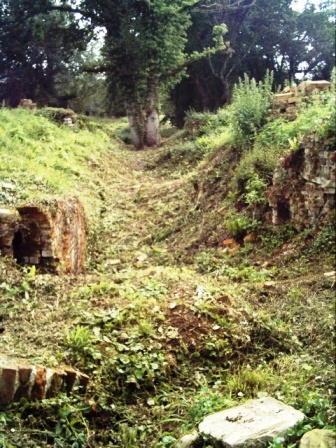 That said some work has been done on it. In 2009, at the same time as Top Lock was cleared so was Middle Lock. This was to assess what the condition of the lock and what was required for repair in the future. 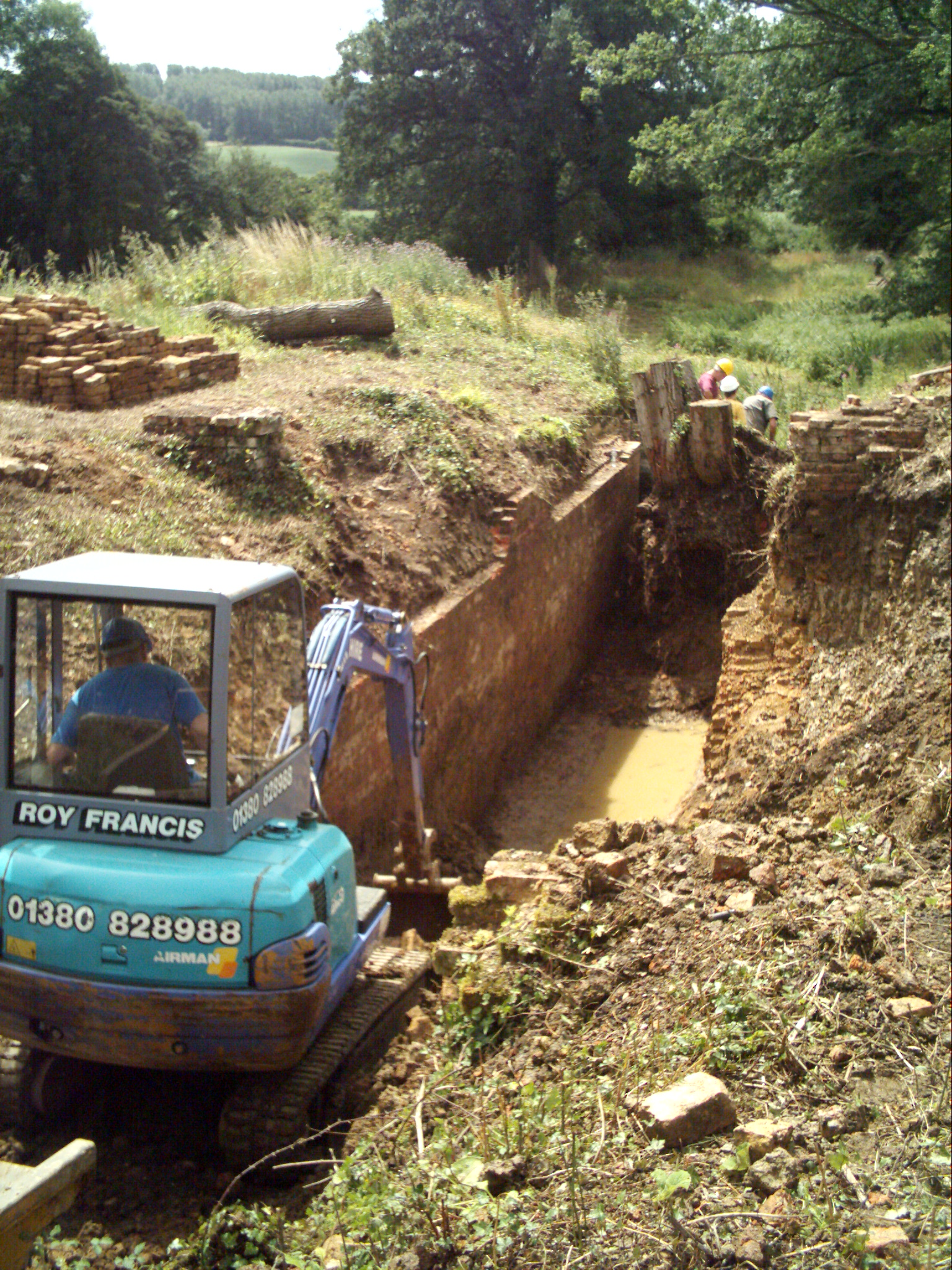 As with the other locks Middle Lock had been filled in over the years with soil and a lot of brick debris so it was no easy task to clear it and a wet summer made conditions in the lock even more difficult. 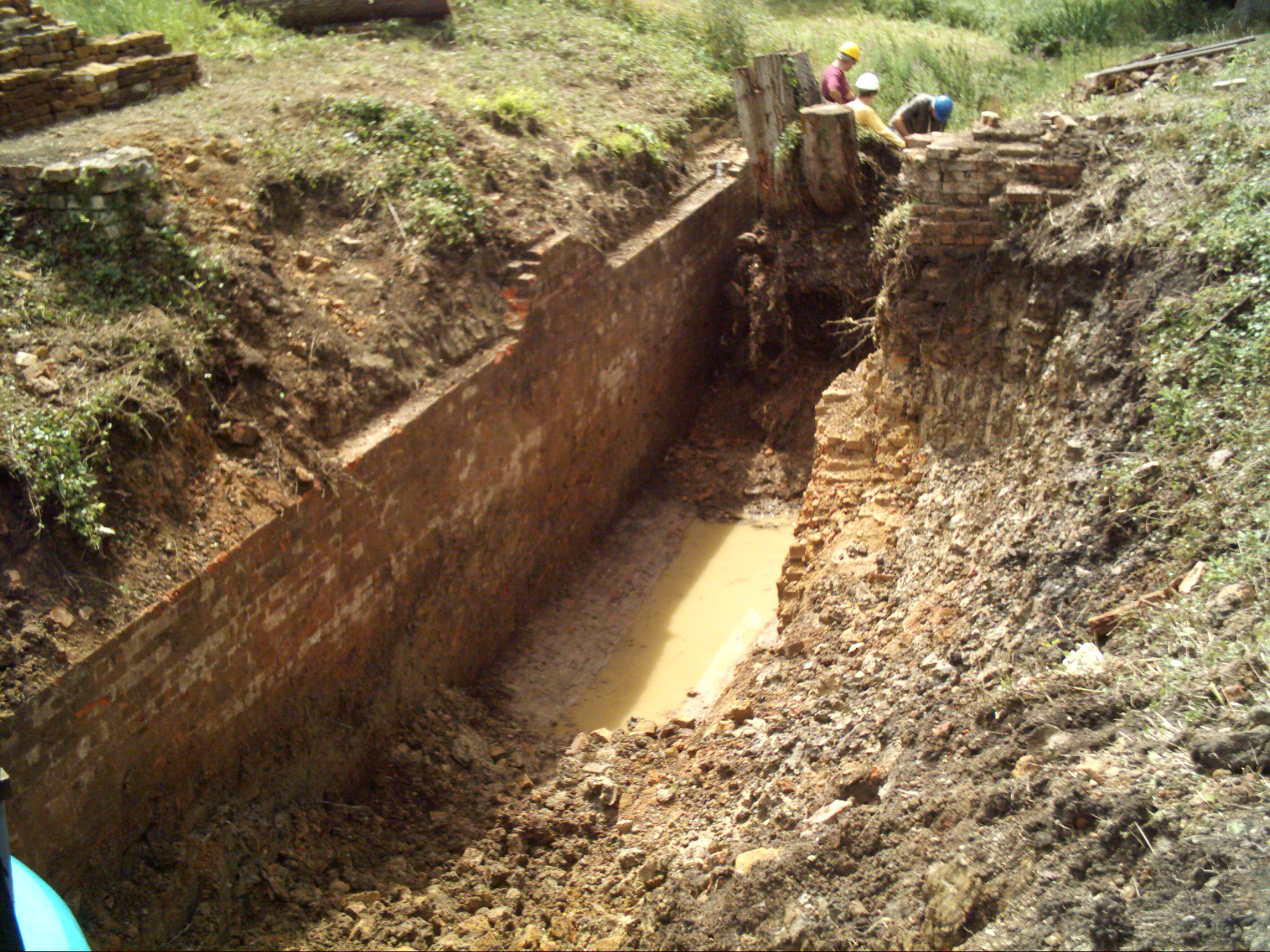 In addition a large oak tree had self-seeded and had grown in the lock and this needed to be removed which again due to its size took much work to remove it.

However since that exploratory work little has been done and currently Middle Lock sits overgrown and unloved. But not forgotten! One day in the future Middle Lock will rise like a phoenix from the ashes! 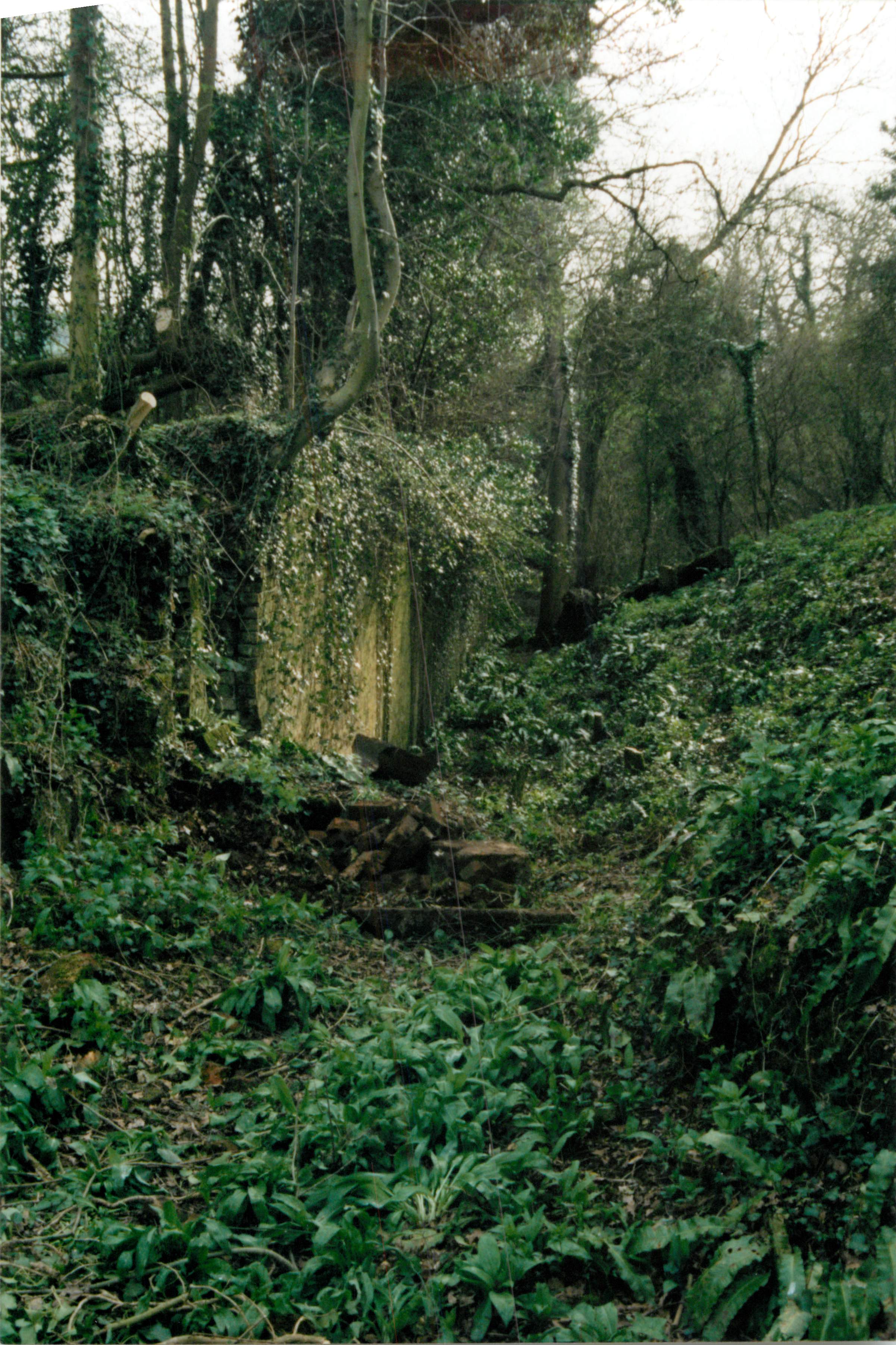 As with the other locks at Pewsham Bottom Lock had not fared well over the years. At some time the western wall, nearest the tow path, had more or less completely disappeared. 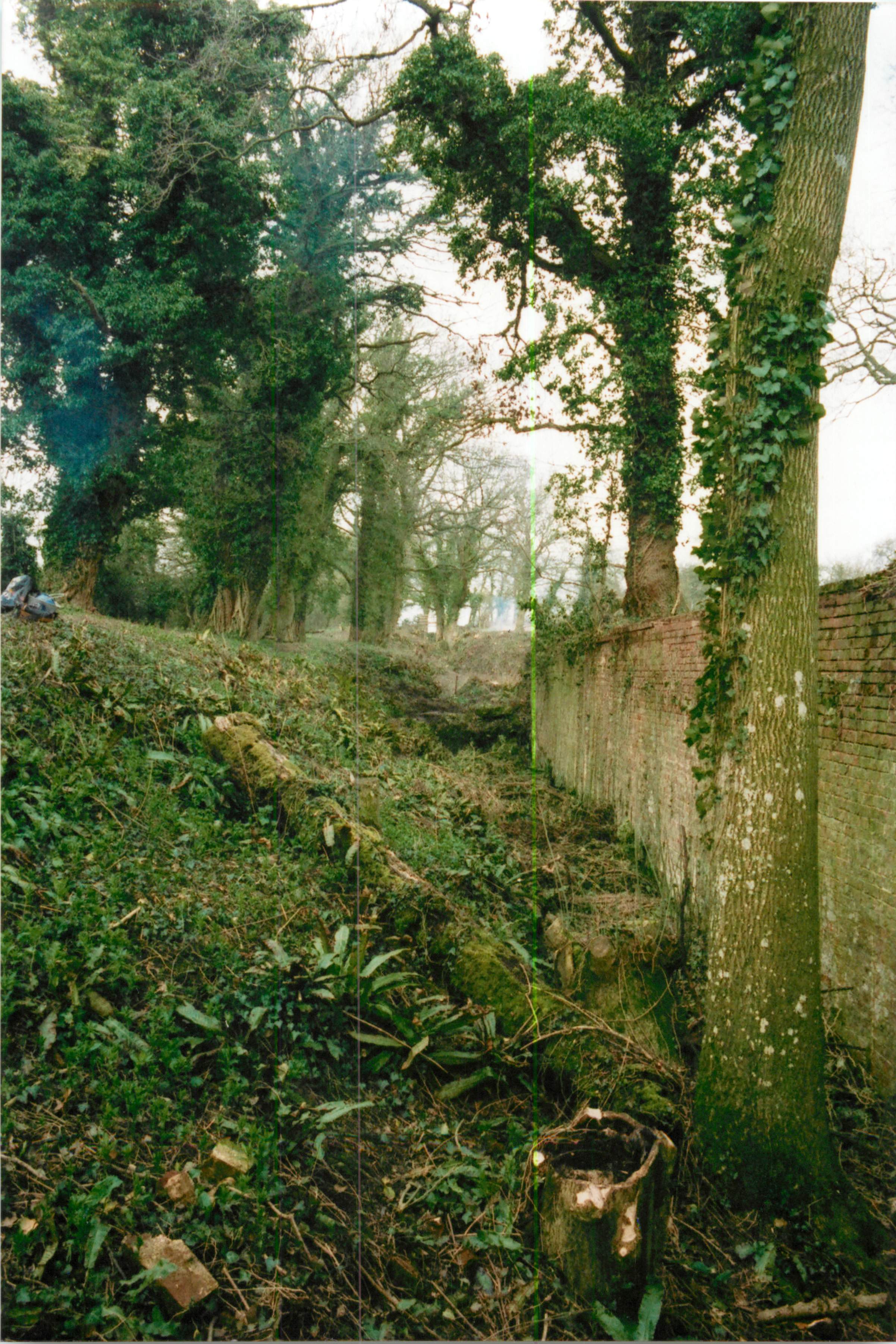 It may well have been removed and the bricks re-used by the local farmer / land-owner however because of the lack of one wall the lock chamber itself had never really been filled in and any in-fill was mainly due to natural causes. 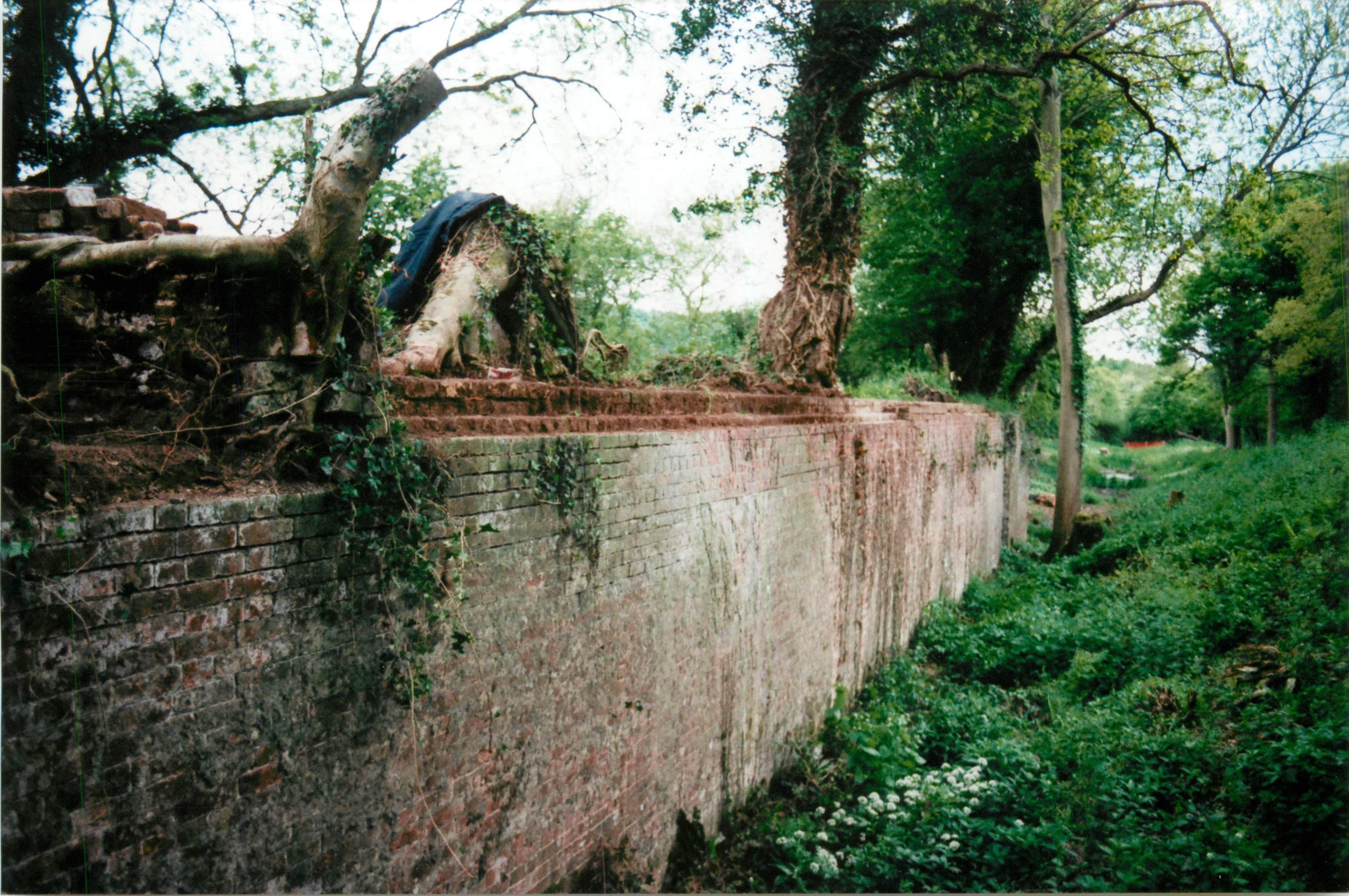 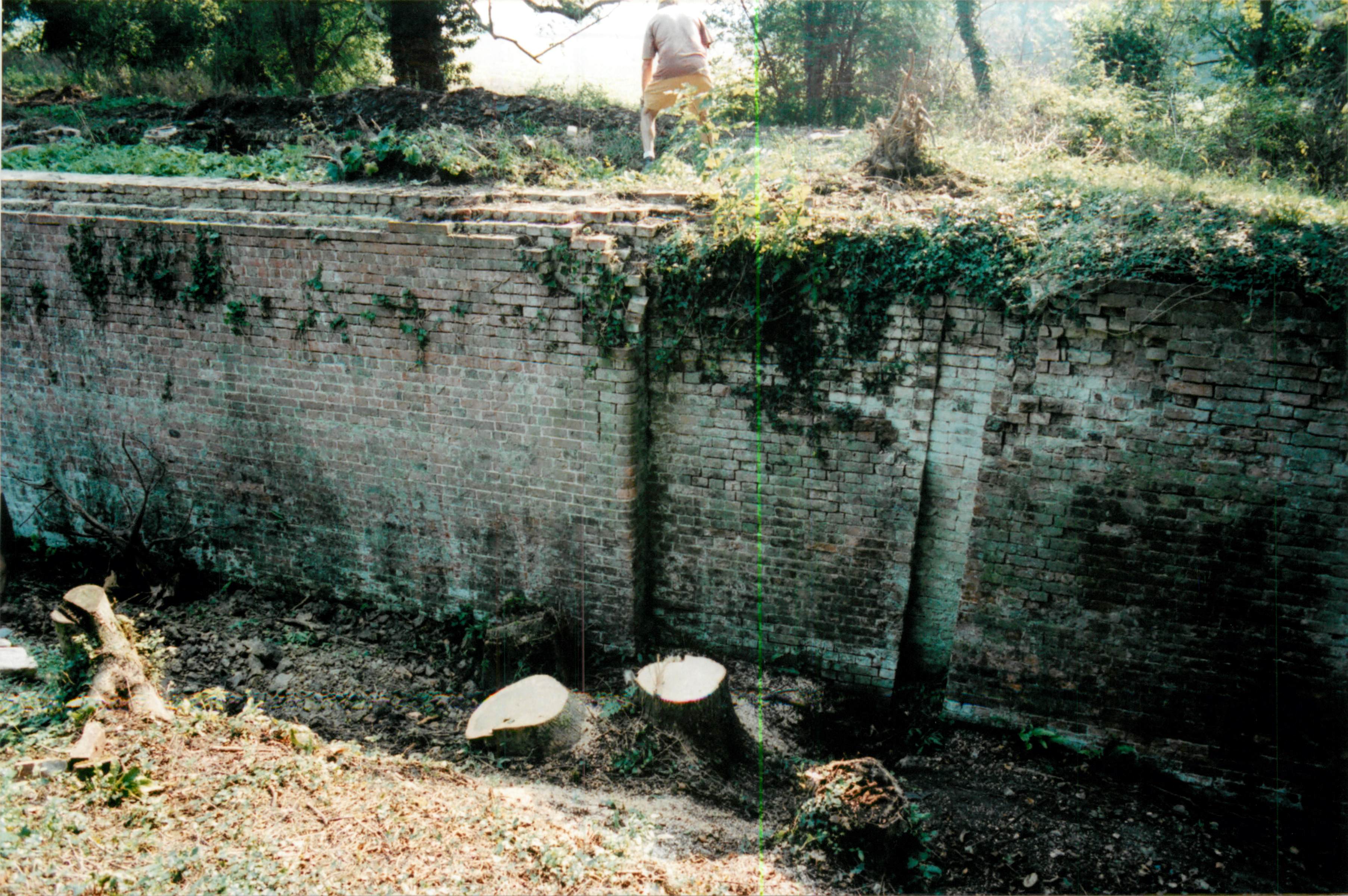 So in 2003 when Trust volunteers looked to clear the lock. it was, in some ways, an easier task than the other two locks. I say in some ways for it was not all plain siling. The eastern wall was covered in a lot over undergrowth and there were also a number of large trees that had embedded themselves in the wall over the years. These had to be removed and the wall stabilised. 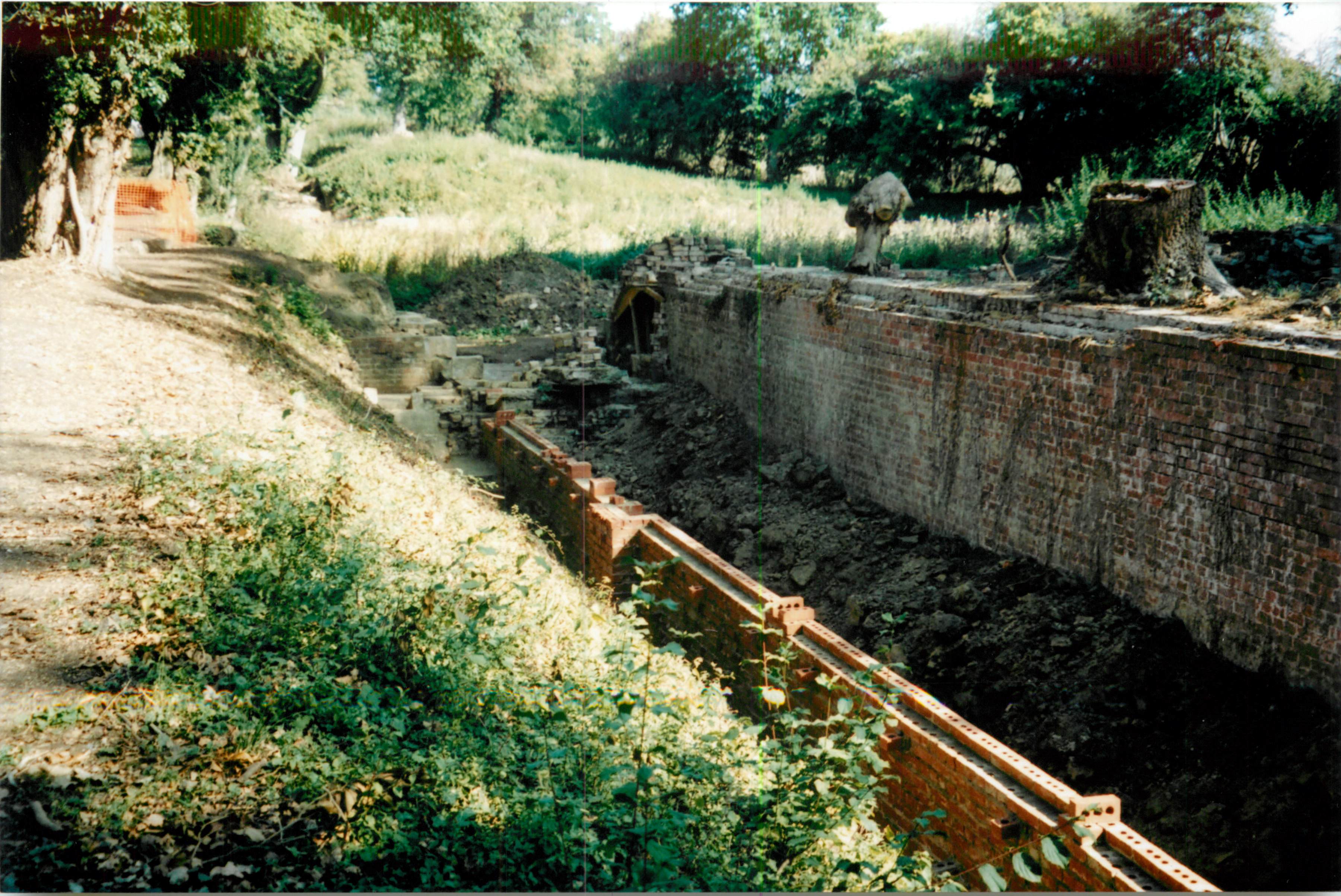 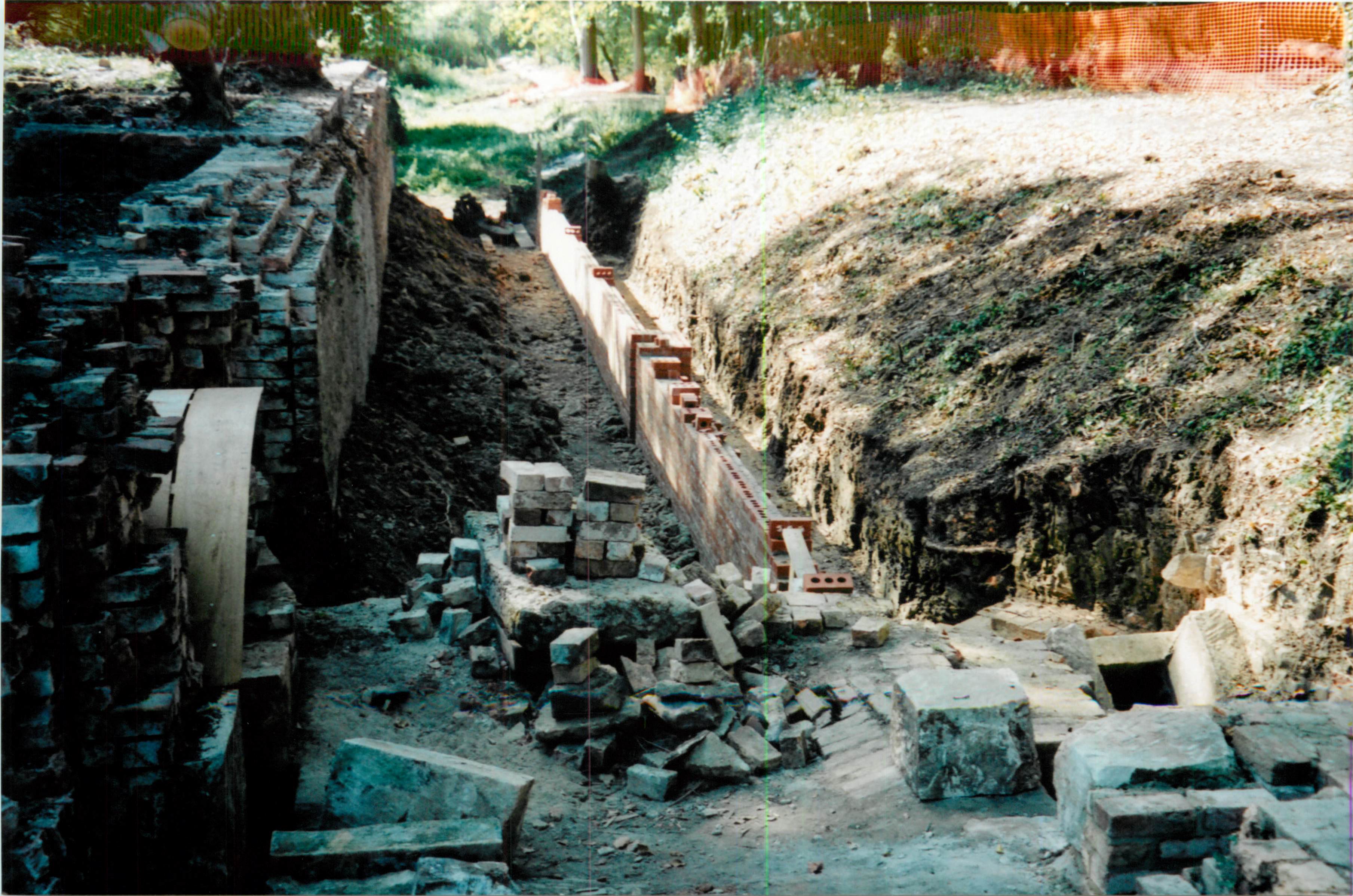 Whilst this was being done the towpath bank was cut bank and the western lock wall was partially rebuilt.

In 2005 the final major obstacle was removed – the trunk of an extremely large oak tree that had grown where the lock gates would have been at the exit of the lock. This took much work and effort and many hours to achieve. 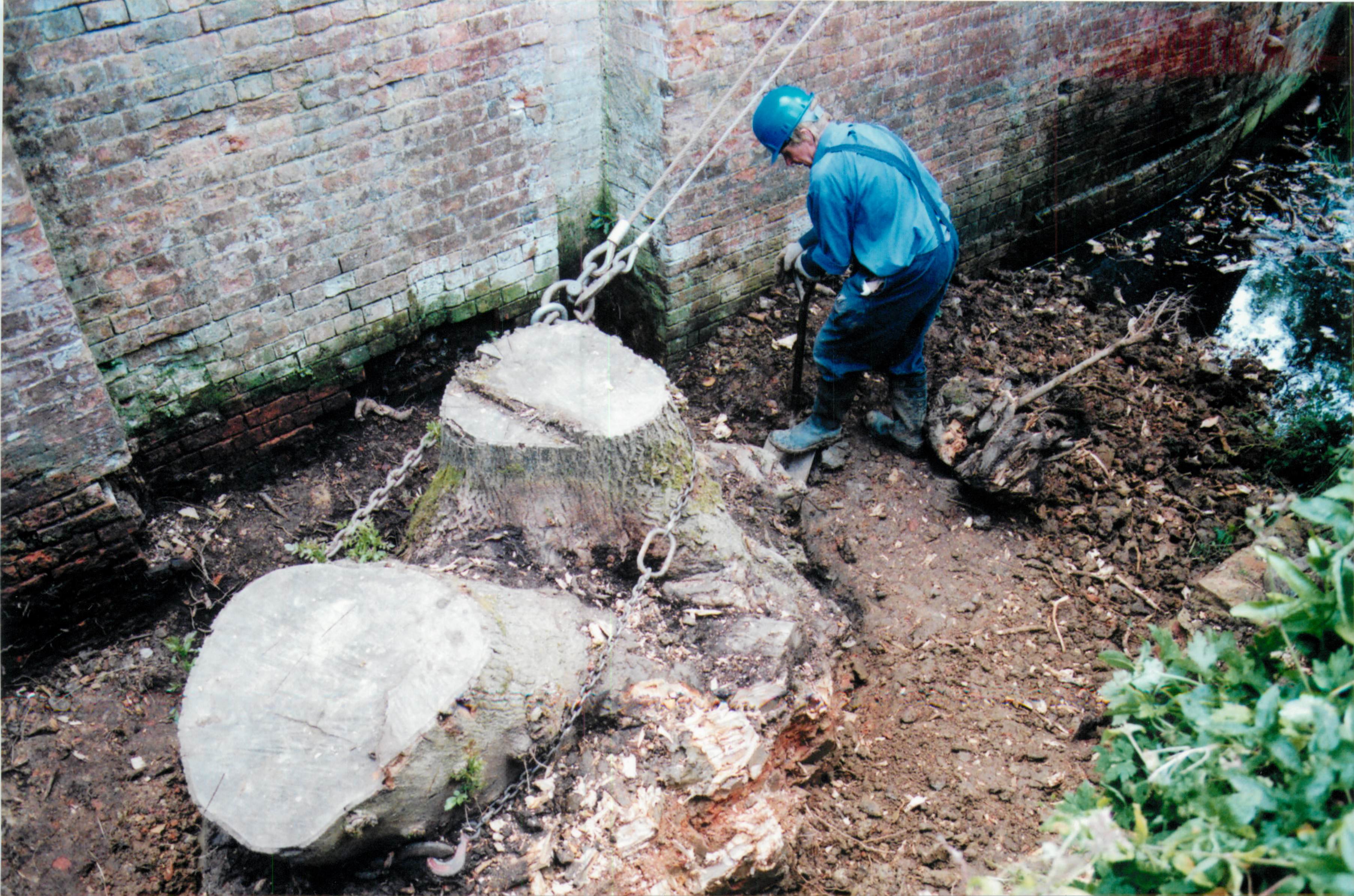 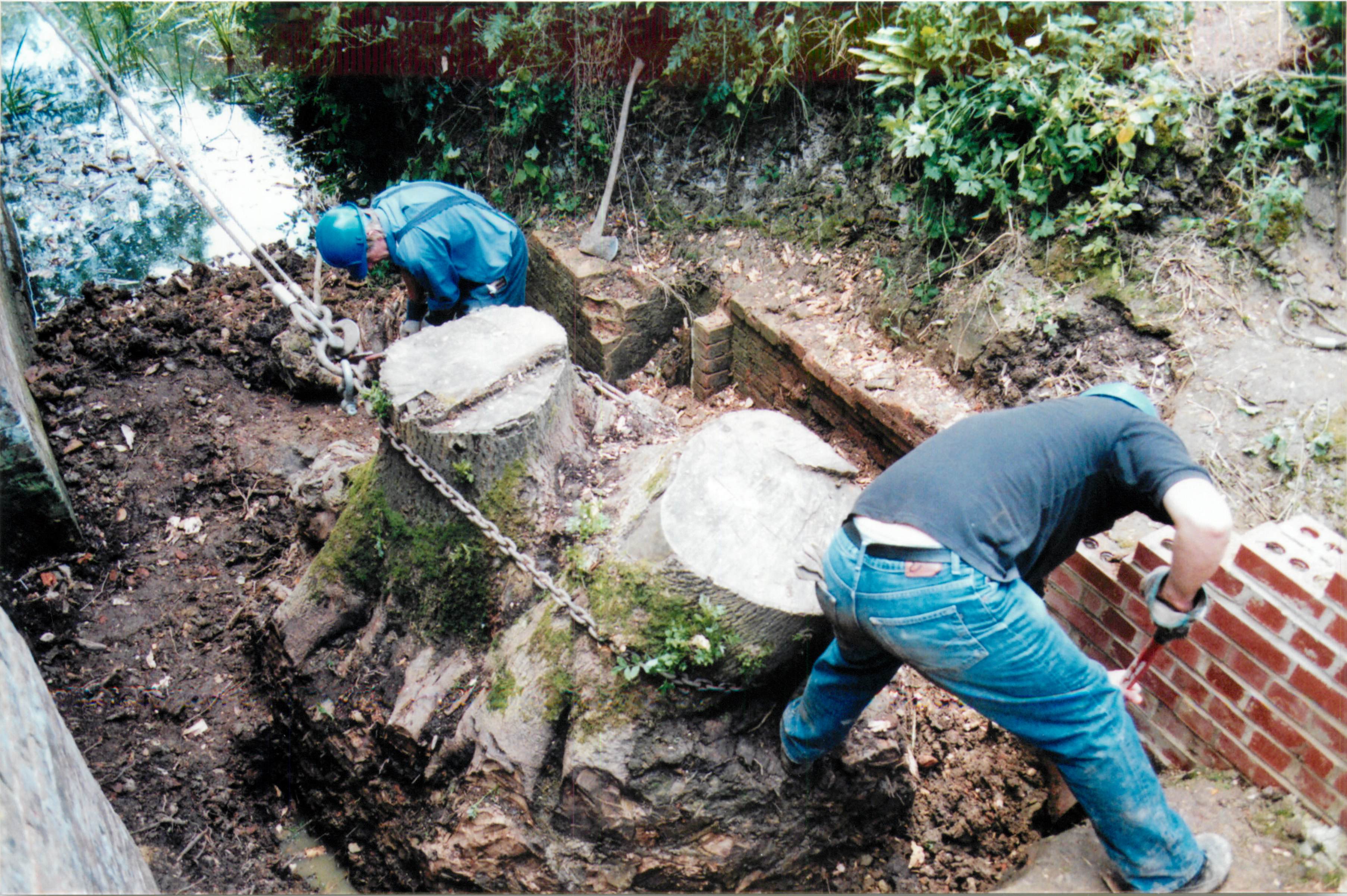 Little was then done although in 2011 volunteers completely cleaned out the lock. 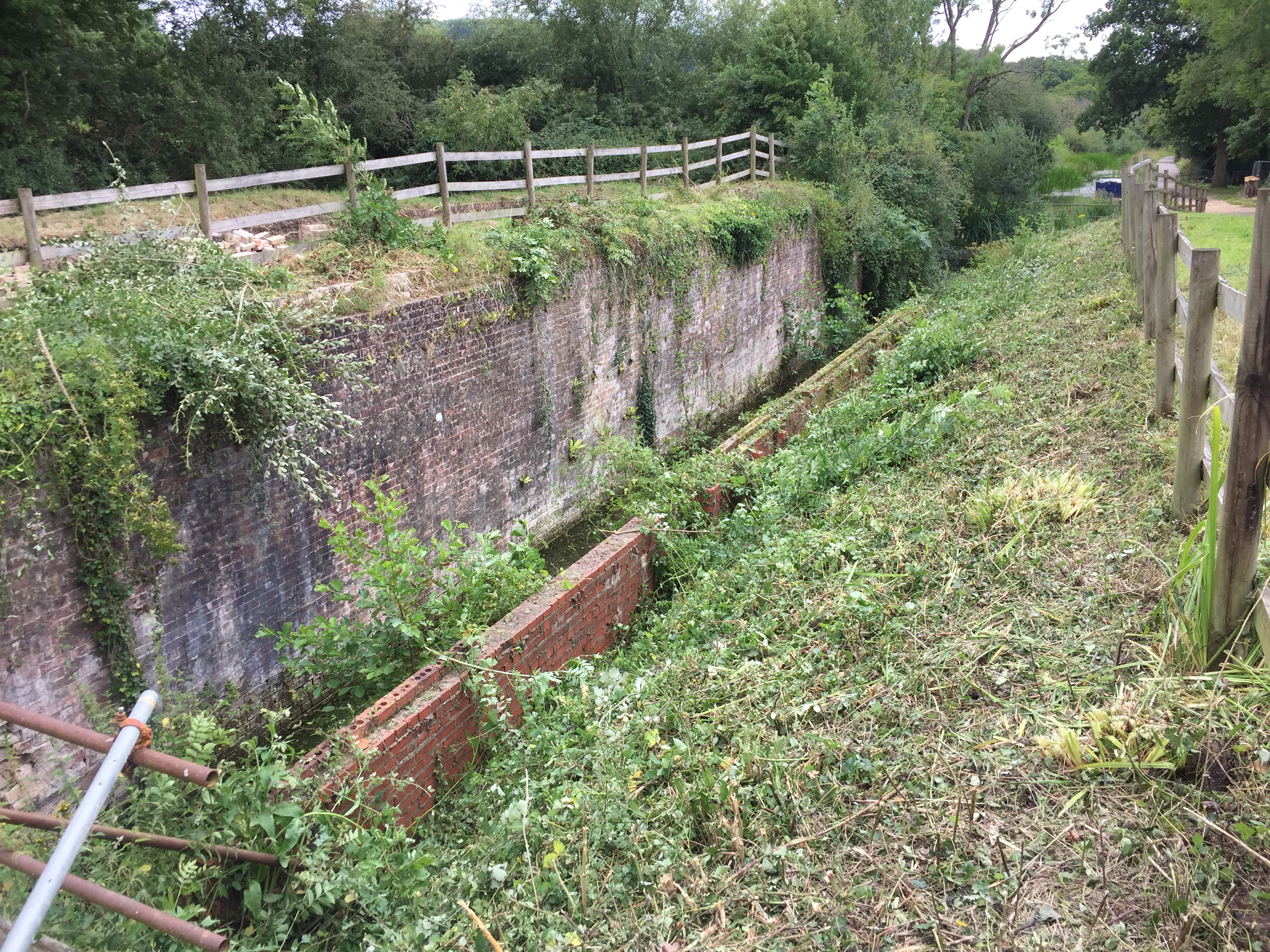 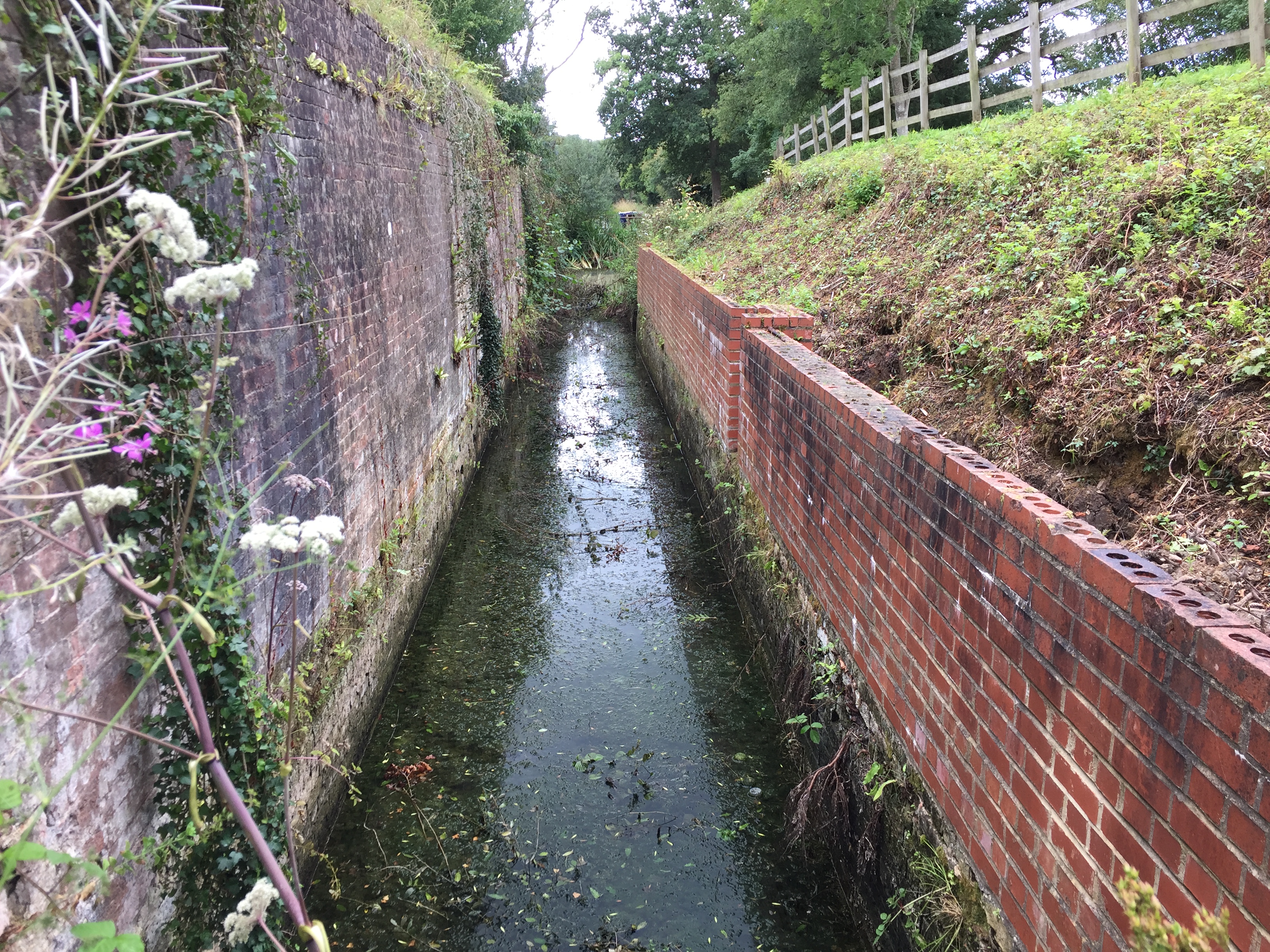 Since then work priorities have been such that the lock area has been maintained and kept tidy but no further restoration has taken place on the chamber itself.

The Wing Walls at the top of the lock have been completed and the sluices are slowly being restored. Further work will be carried out on the lock chamber itself as and when time permits and in line with the Trust priorities and of course when we have the finances. Rebuilding a lock will be an expensive project!