Whilst some early work in 2003 uncovered the wing walls to Bottom Lock it wasn't until 2015/6 that repairs of the wing walls started in earnest, with Top Lock first on the list. All the wing walls were in a very poor state so they had to be taken down to solid brickwork, which tended to be their foundations, and built back up using concrete blocks with a brick facing and using original bricks where ever possible. The shape of the wing walls are all different, some round some straight, some straight but with some kinks so it makes the rebuilding an interesting and challenging process.

The wing walls at the north entrance of Top Lock were, like most of the structures along the canal, in a poor state of repair in 2016 when they were rebuilt. They are a traditional shape tapering in from the canal to the lock entrance. Having removed all the undergrowth and then taken the walls down to a firm base (basically down to the wall foundations) they were the first of the wing walls of the 3 locks at Pewsham to be rebuilt. 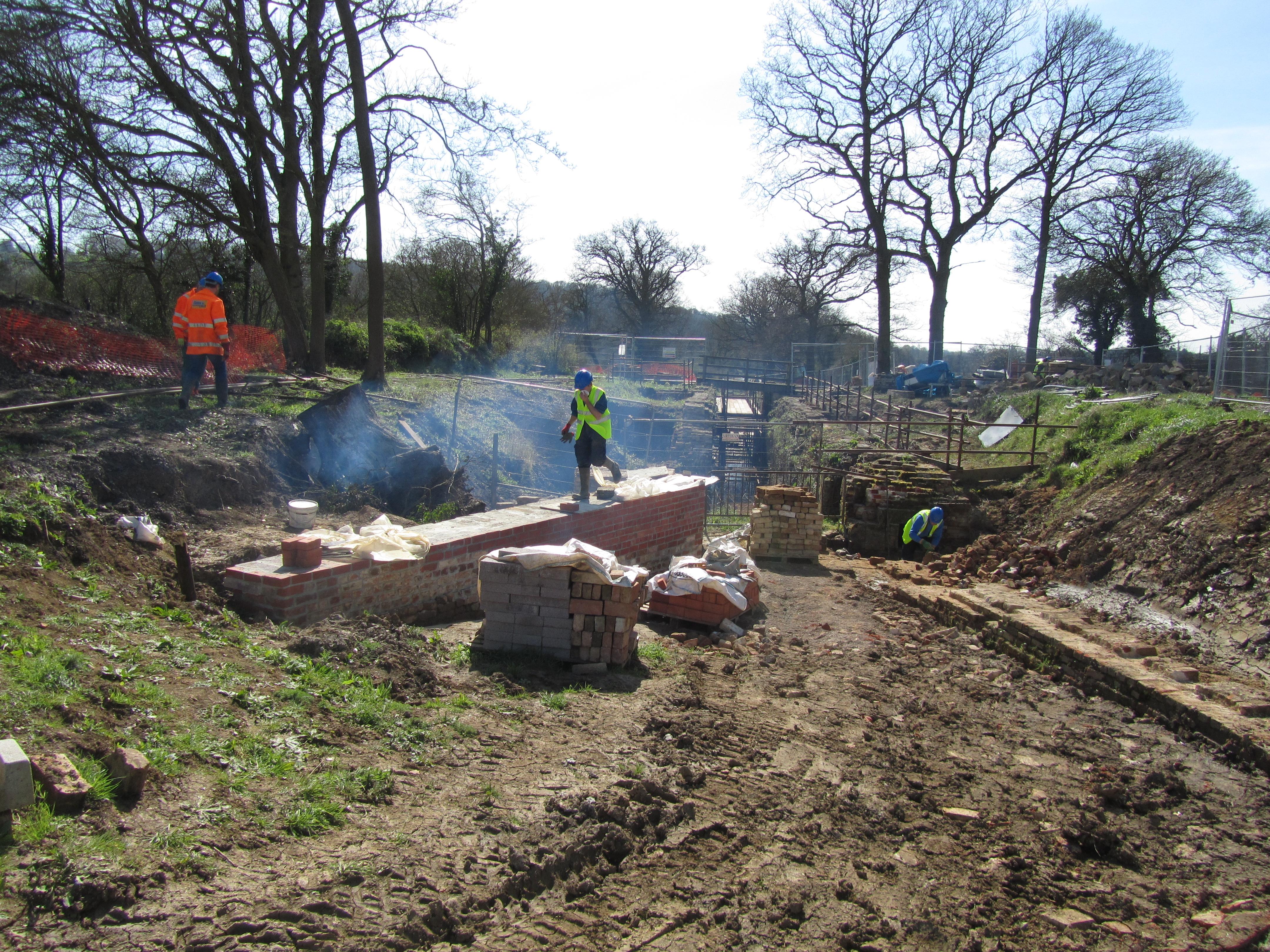 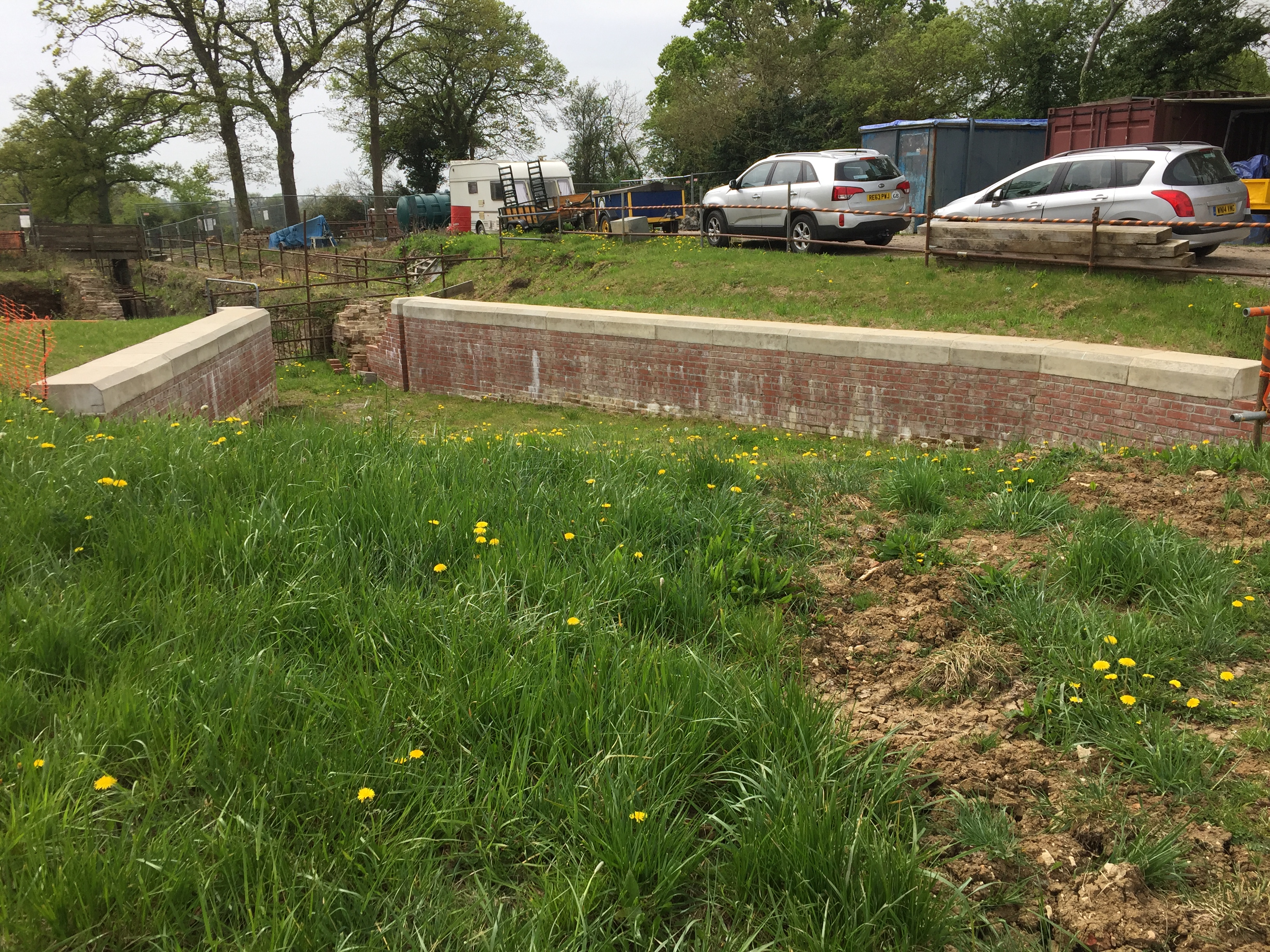 The wing walls at the exit of top lock were then repaired, also in 2016. Before this they were in a sorry state with little of the walls remaining. 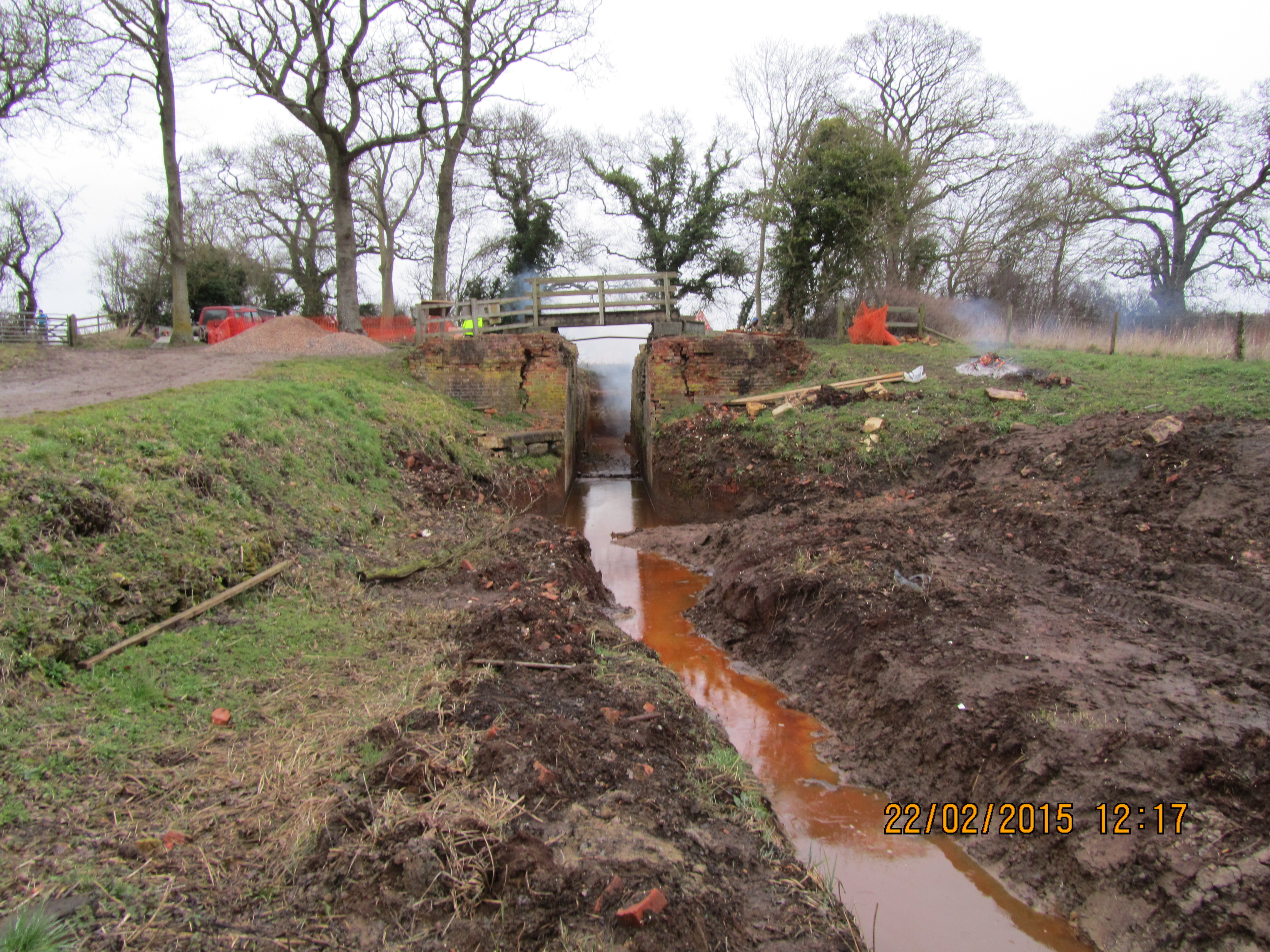 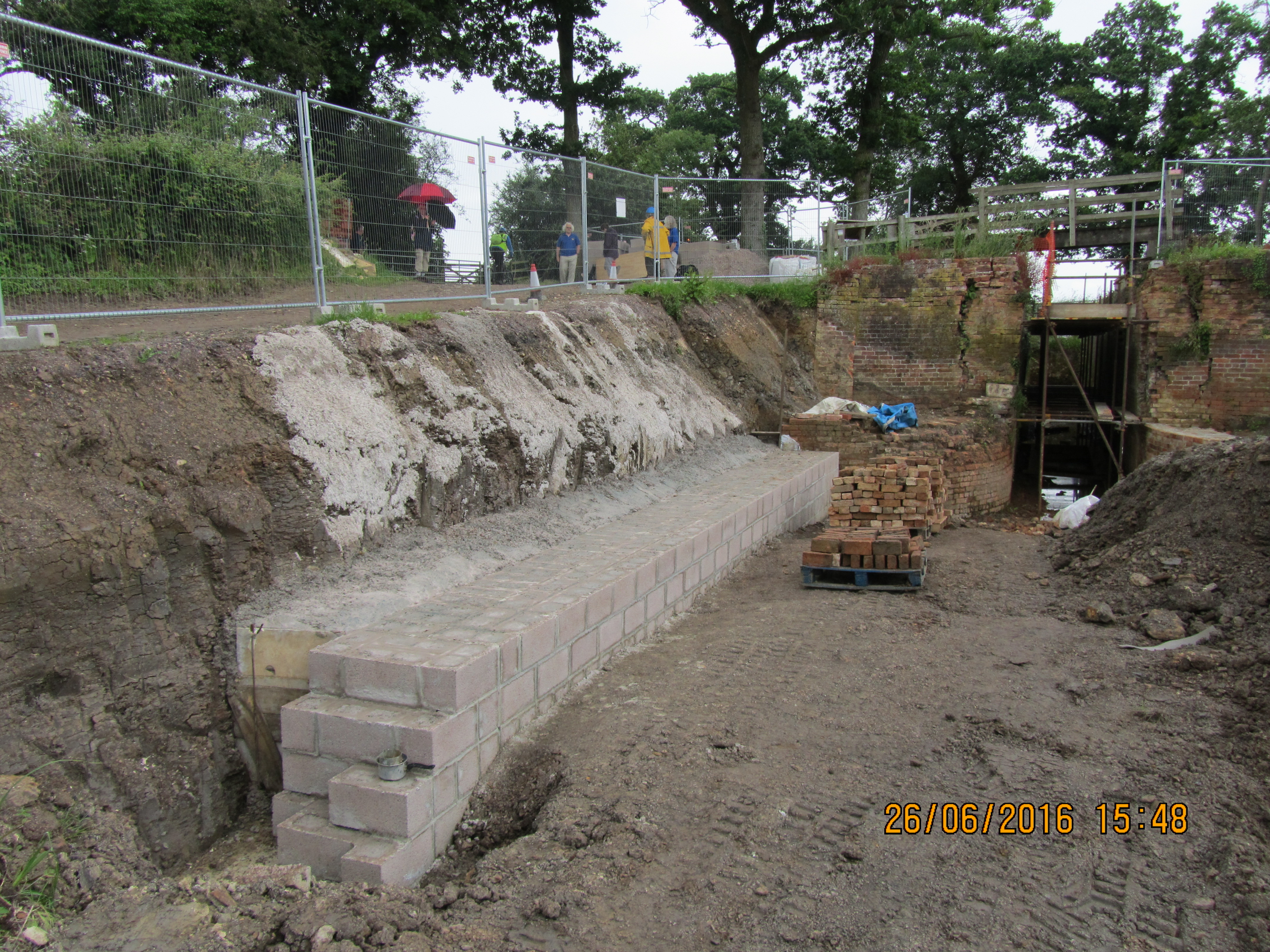 These wing walls were both curved. The western one, closest to the towpath, joined the waiting wall, which also had to be rebuilt whilst the eastern wing wall was also curved as this joined the earthen wall of the pound that sat between top and middle lock. 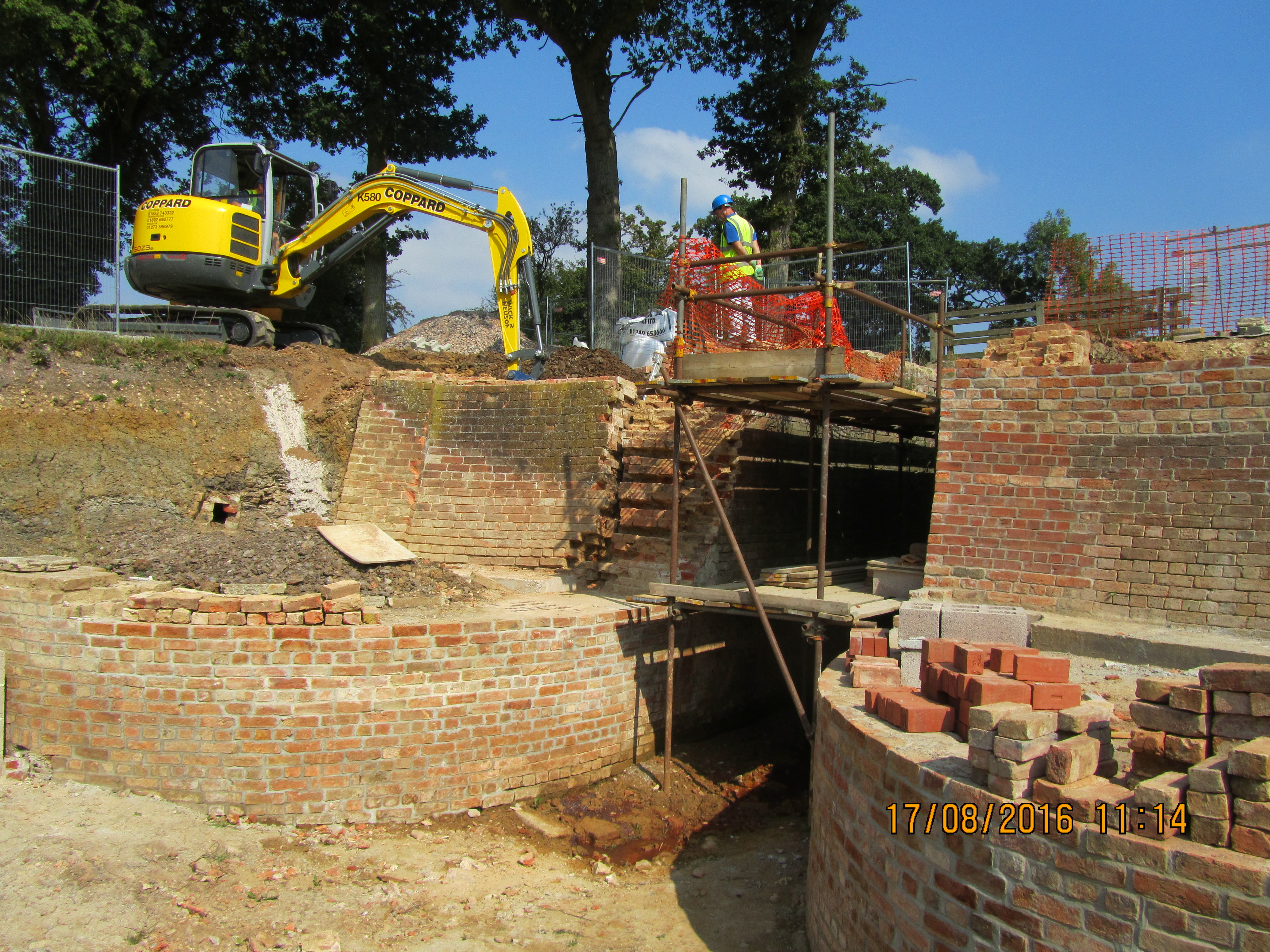 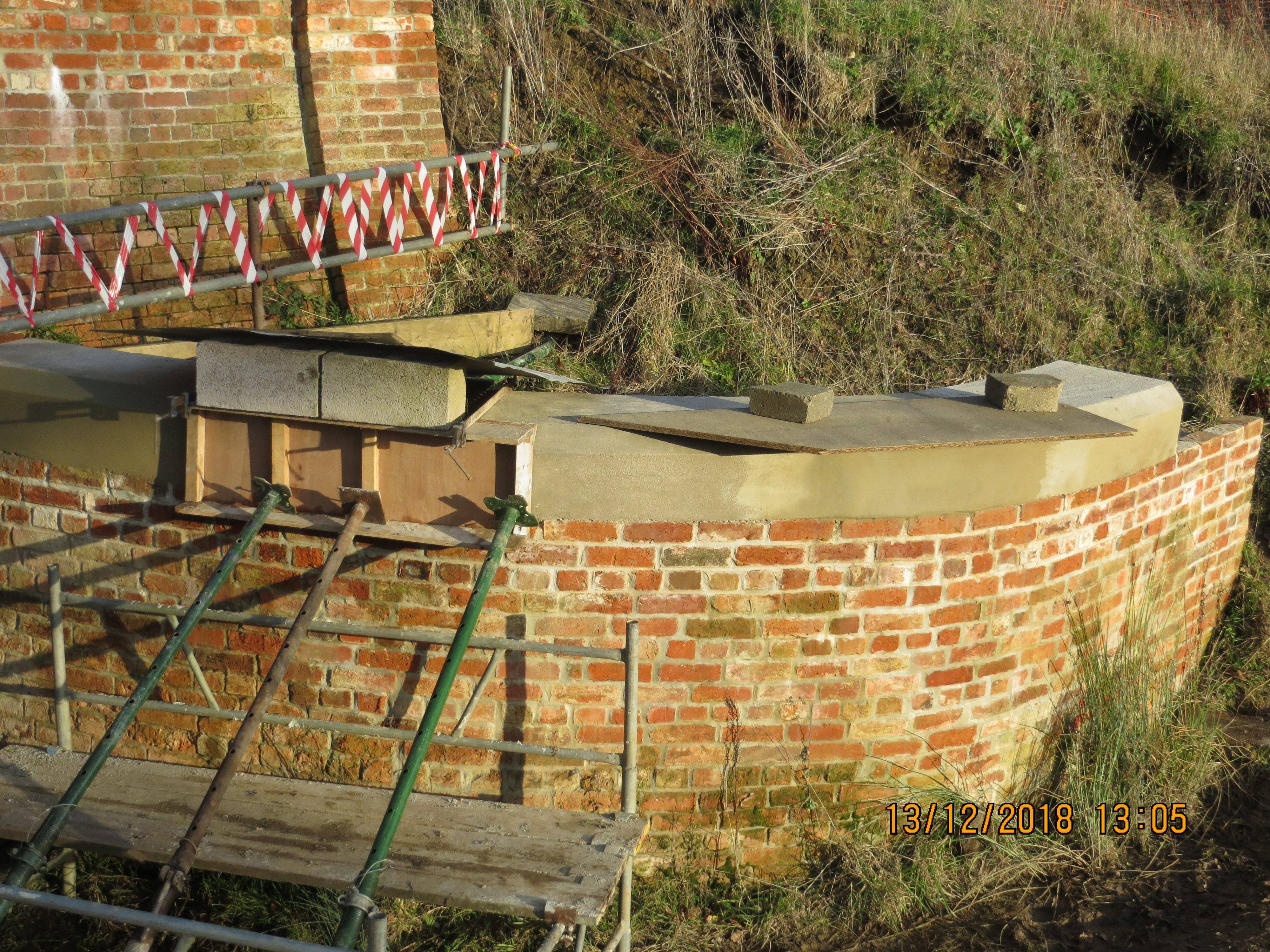 Both of these walls were completed in 2019. 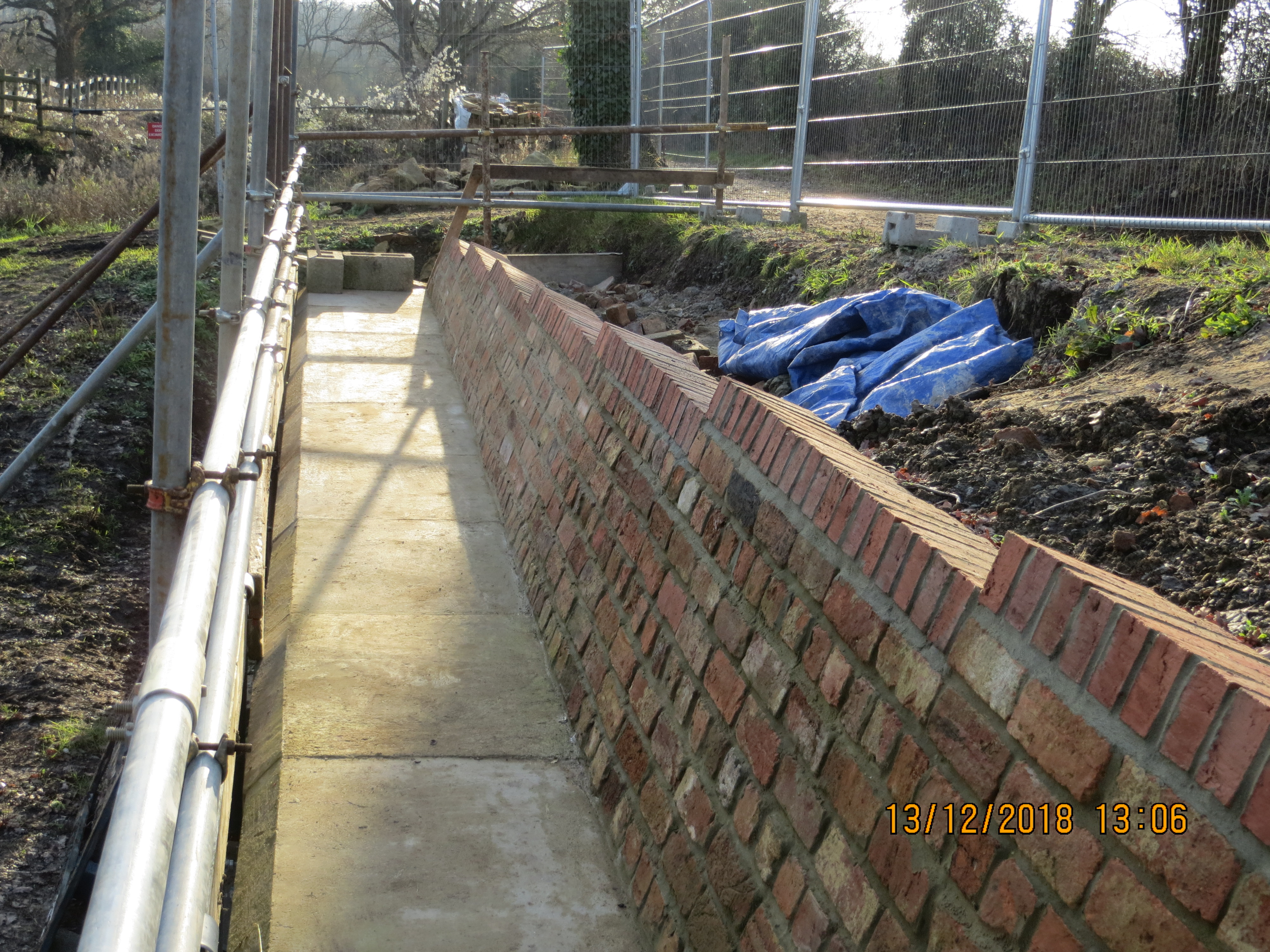 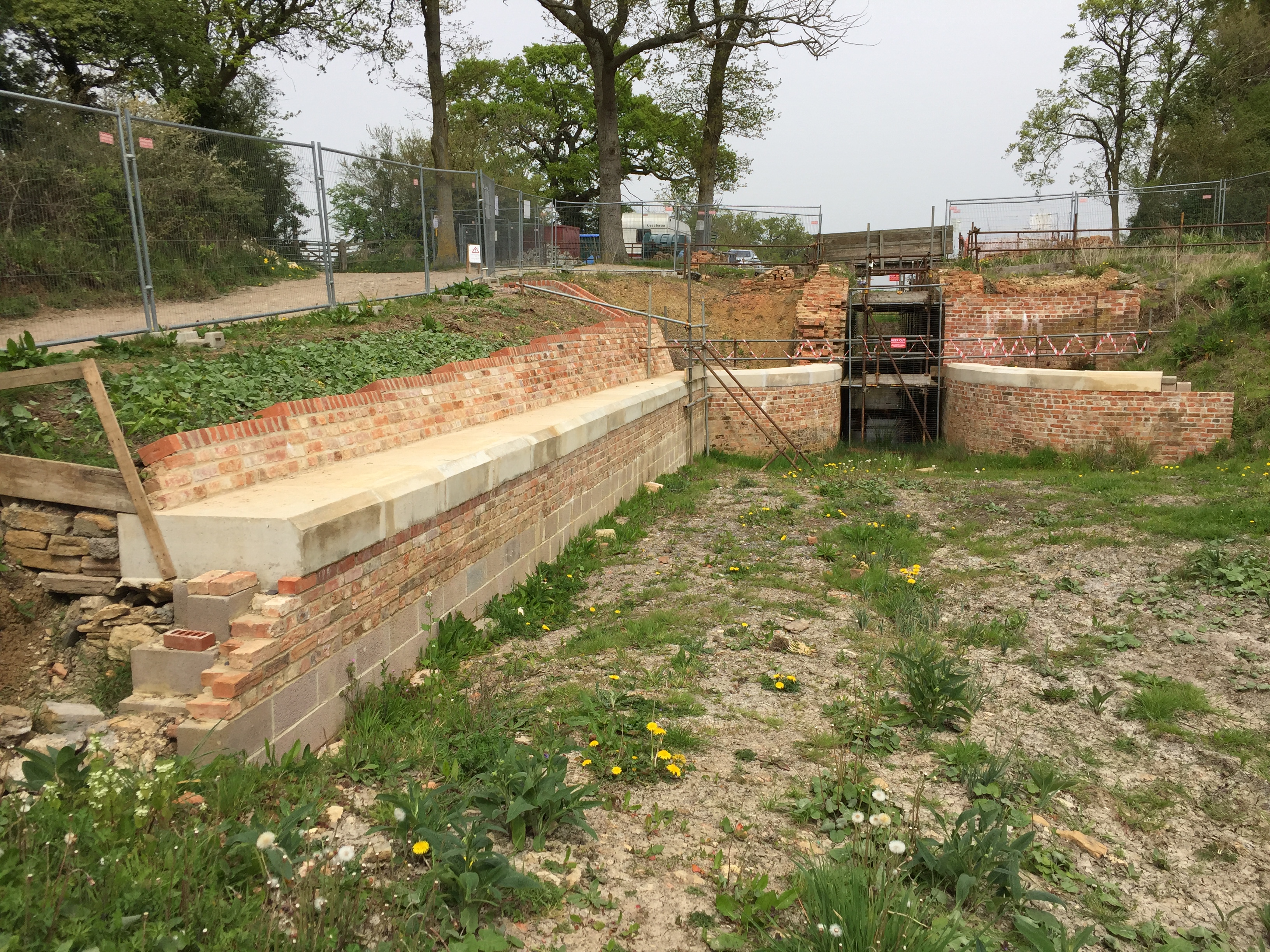 No restoration work has yet (as of 2020) been carried out on any of the wing walls of Middle Lock. The waiting wall from Top Lock (see above) will extend to Middle Lock whilst the eastern wing wall will join the earthen wall of the pound. 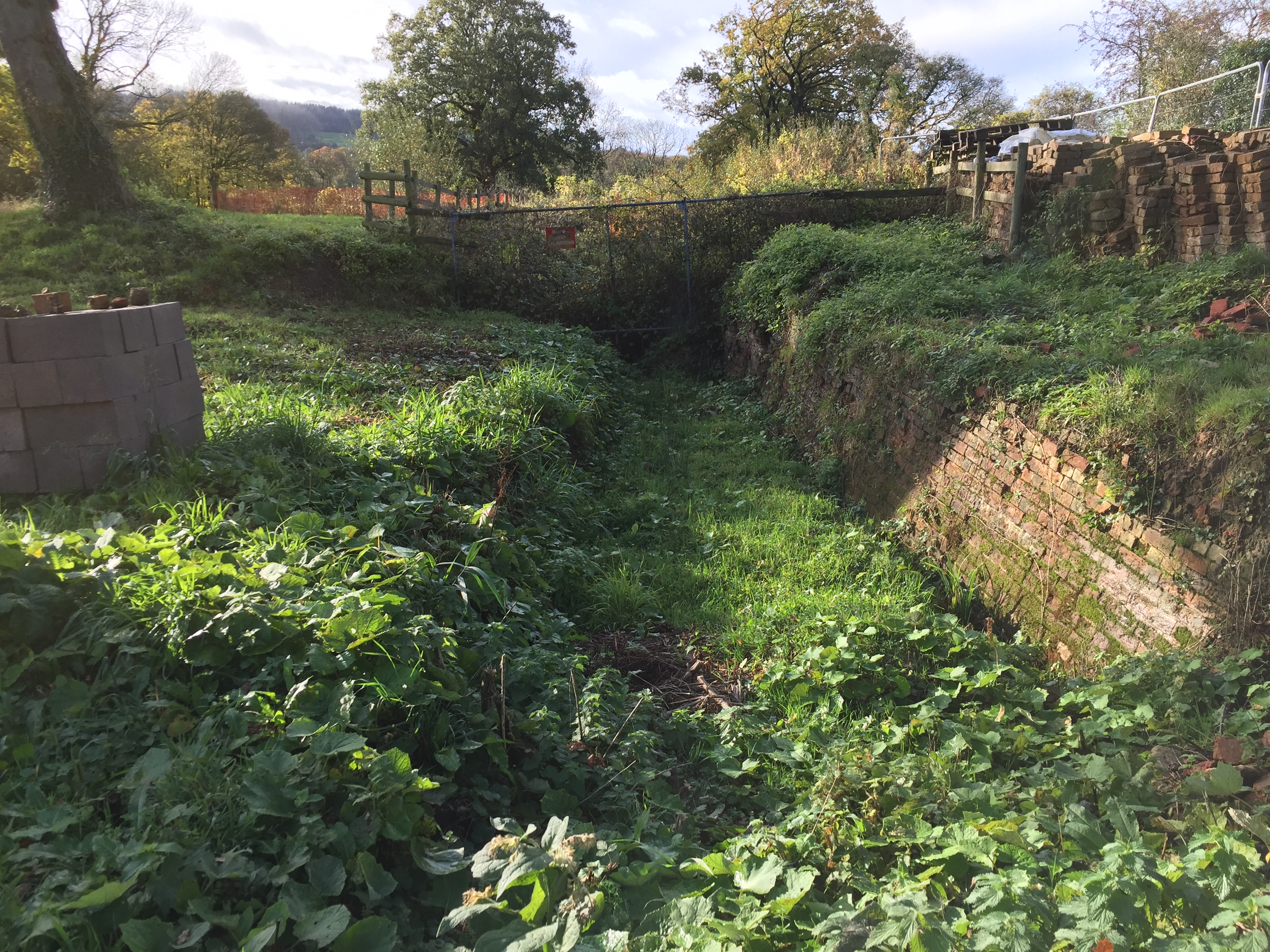 At the southern end, or exit, of Middle Lock the western wall when rebuilt will join the newly built Waiting Wall which extends to Bottom Lock. The uncovered foundations of the eastern wall will also be rebuilt and will join up with the earthen wall of the large pound that sits between Middle and Bottom Locks. 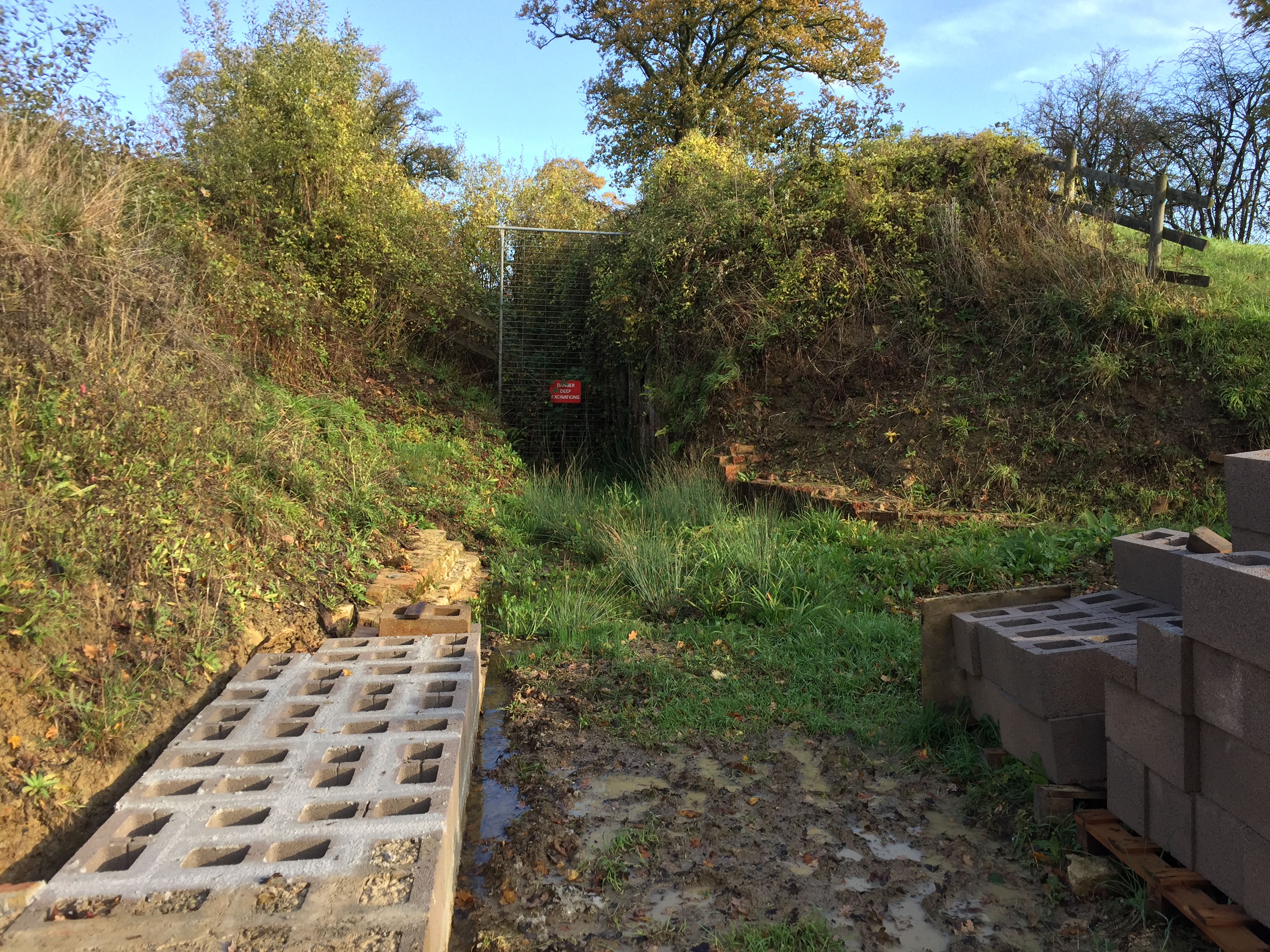 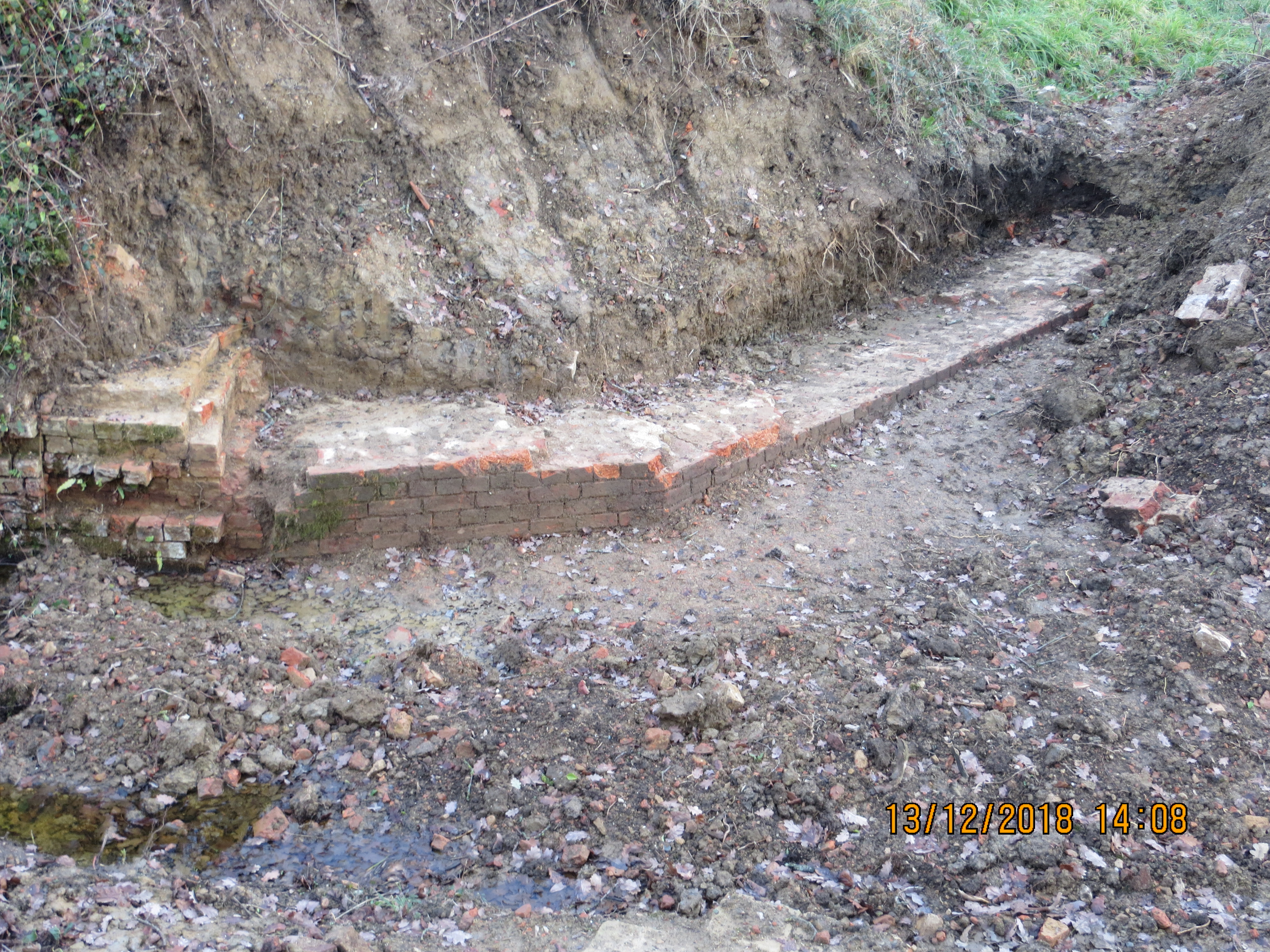 Strangely unlike the eastern walls of Top Lock and Bottom Lock which are curved this one, judging by the foundations, was originally built in straight short sections with changes in direction to produce the same effect. Why these different building techniques were used is unknown to me but I’m sure there was a good reason!

The first work on uncovering the wing walls at the northern end of Bottom Lock was carried out in 2003 and some preliminary work to stabilise the wall was done. 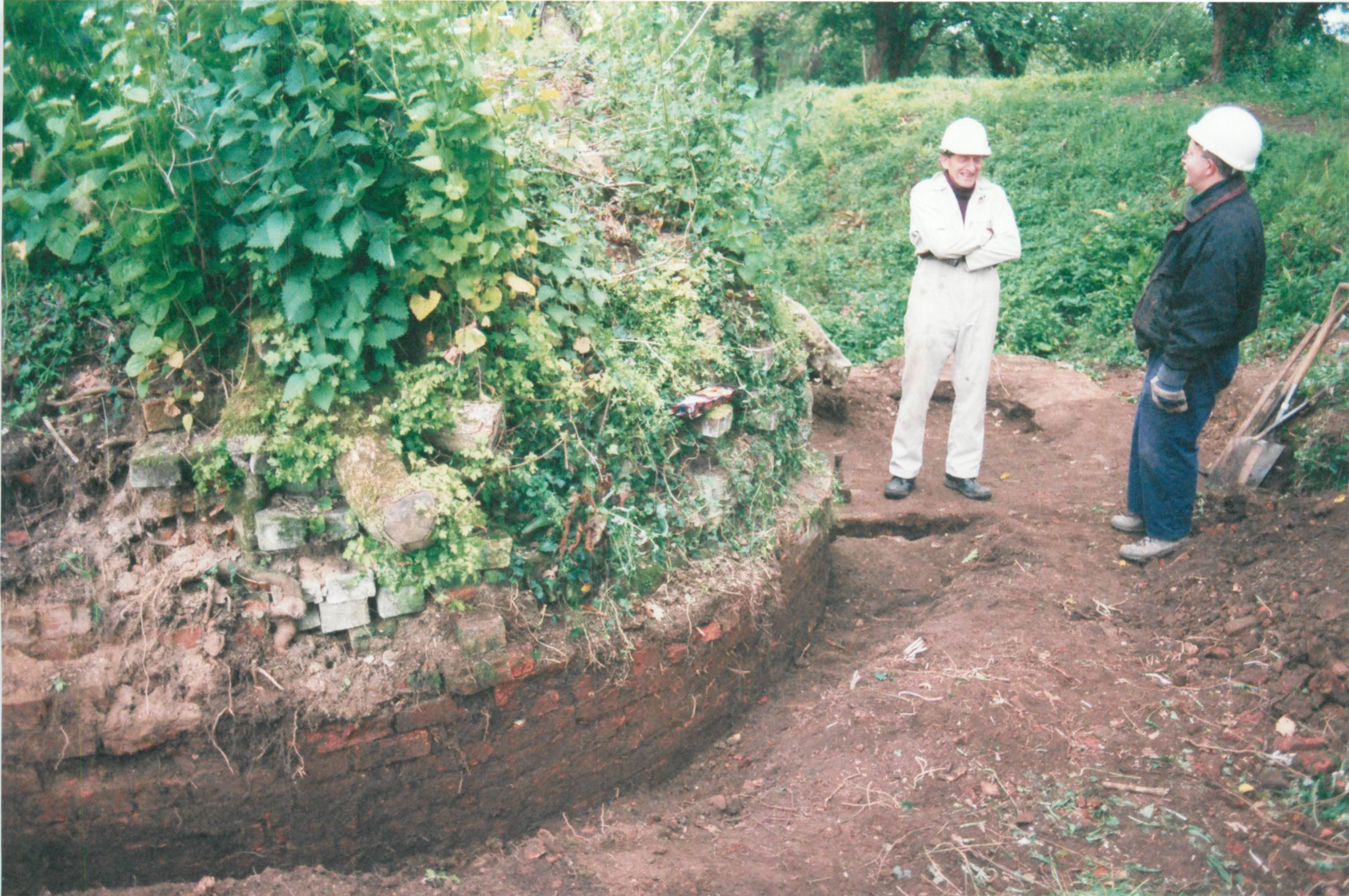 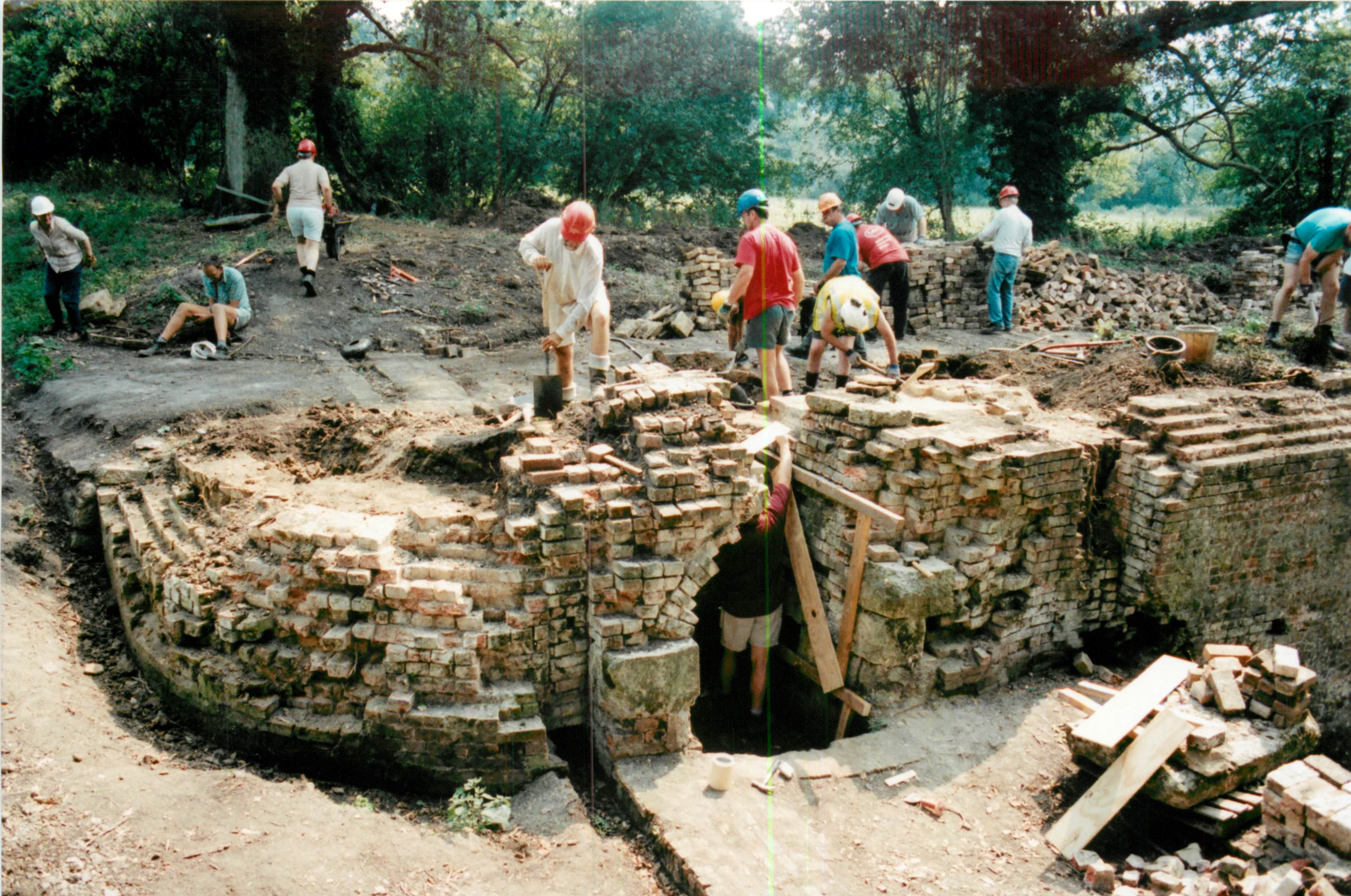 However it wasn’t until 2018 that more substantial work was carried out. The eastern curved wall was taken down to solid foundations and built back up with new coping stones added. 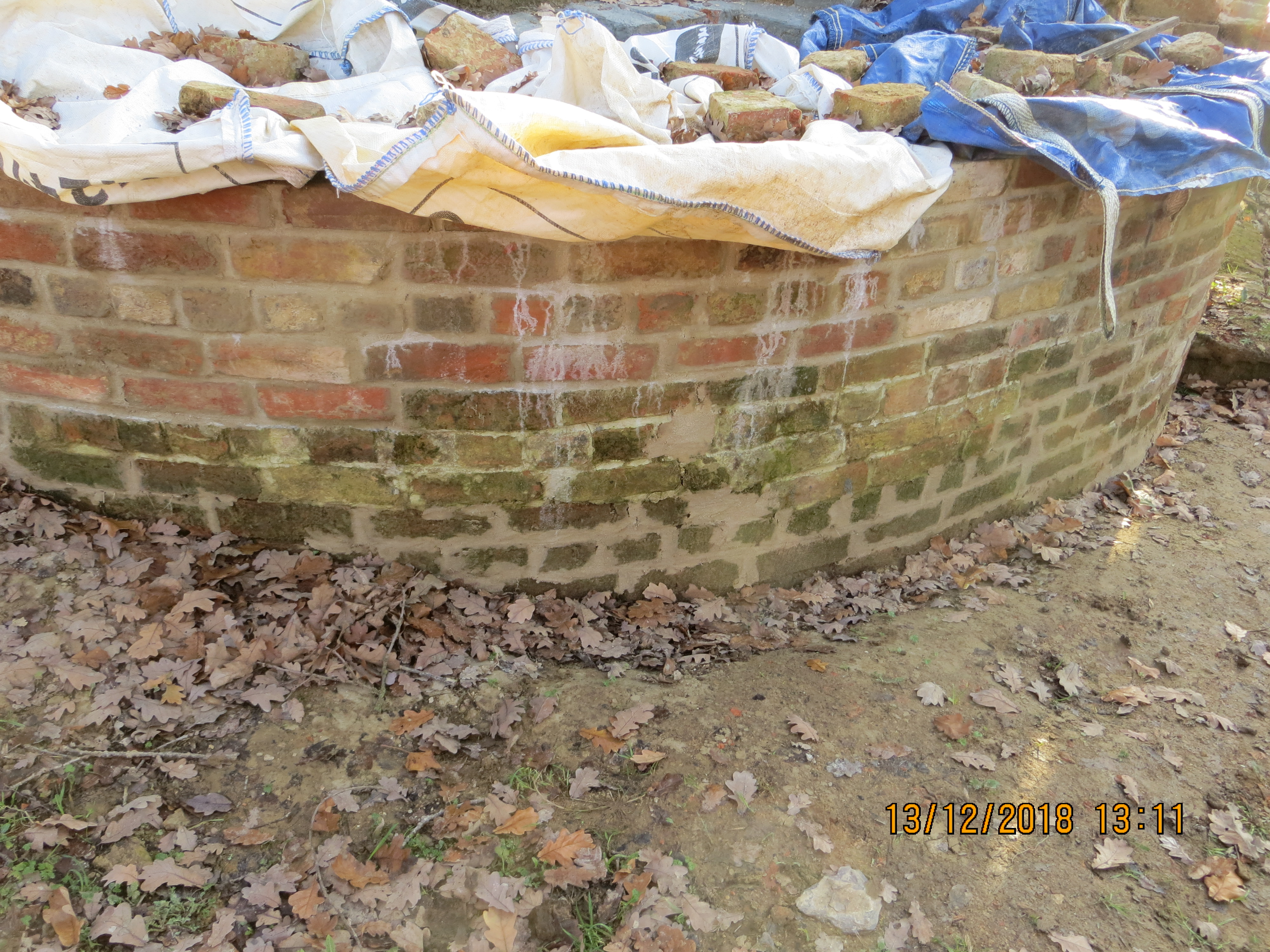 One large original coping stone was also re-laid where the wall joined the entrance wall of the Dry Dock. The rebuilding of the wing wall is extending to and over the ground paddle chamber close to the lock entrance. 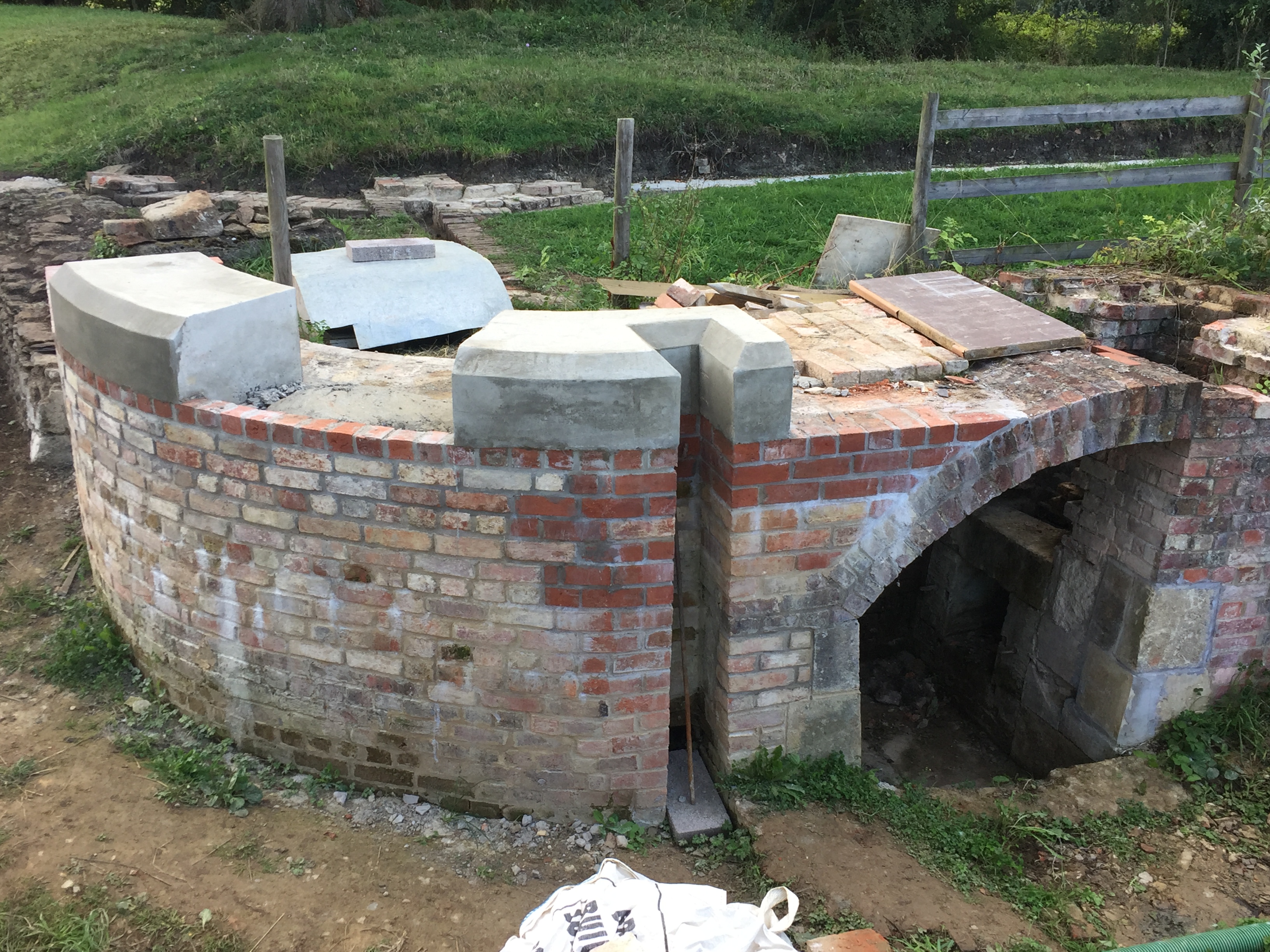 Likewise the western wall nearest the towpath was cleared, loose bricks removed and then rebuilt and topped with coping stones. This is currently (as at 2020) being extended to the lock entrance. The other end of the wing wall joined with the newly re-built Waiting Wall and Spill Weir. 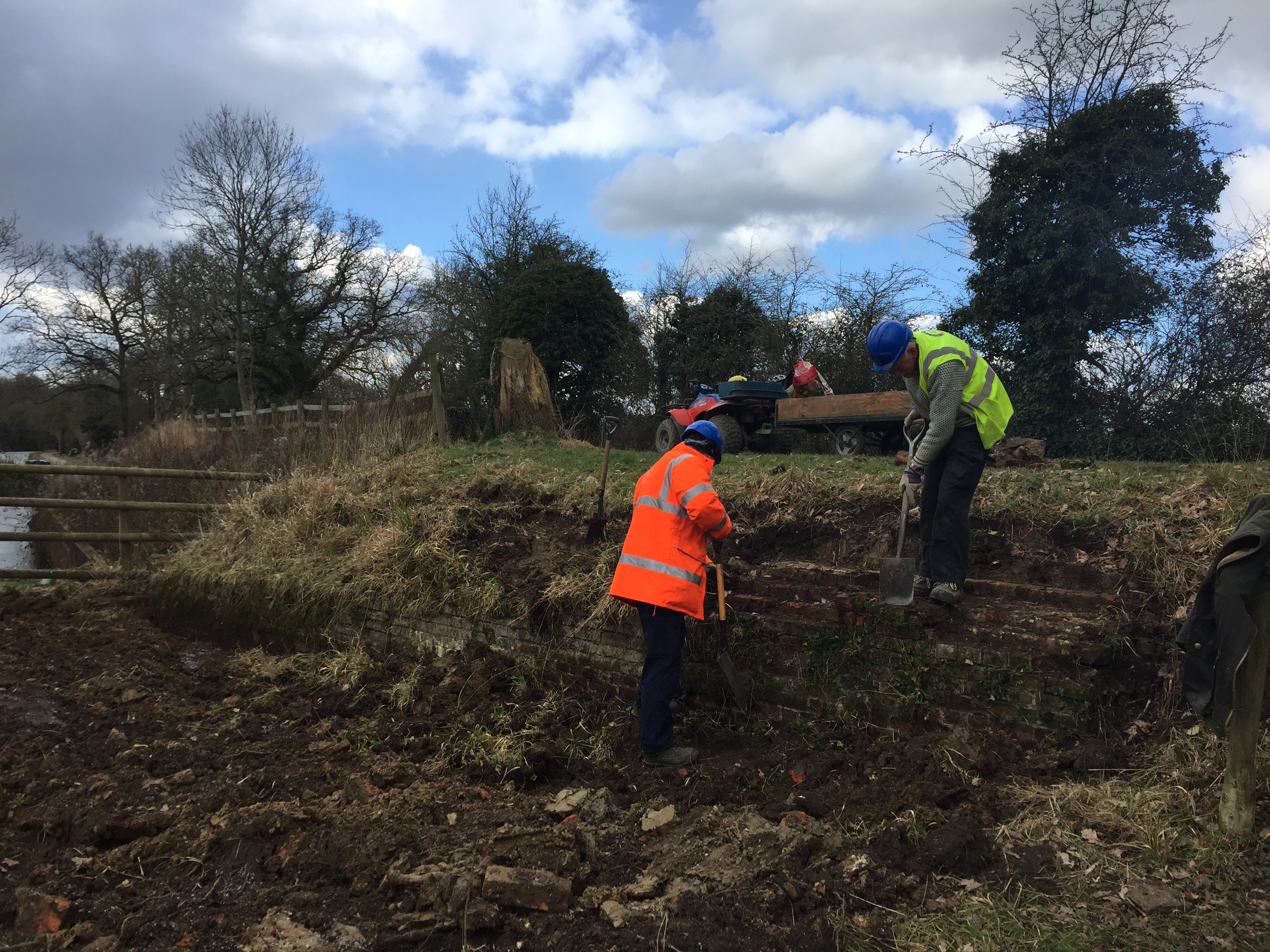 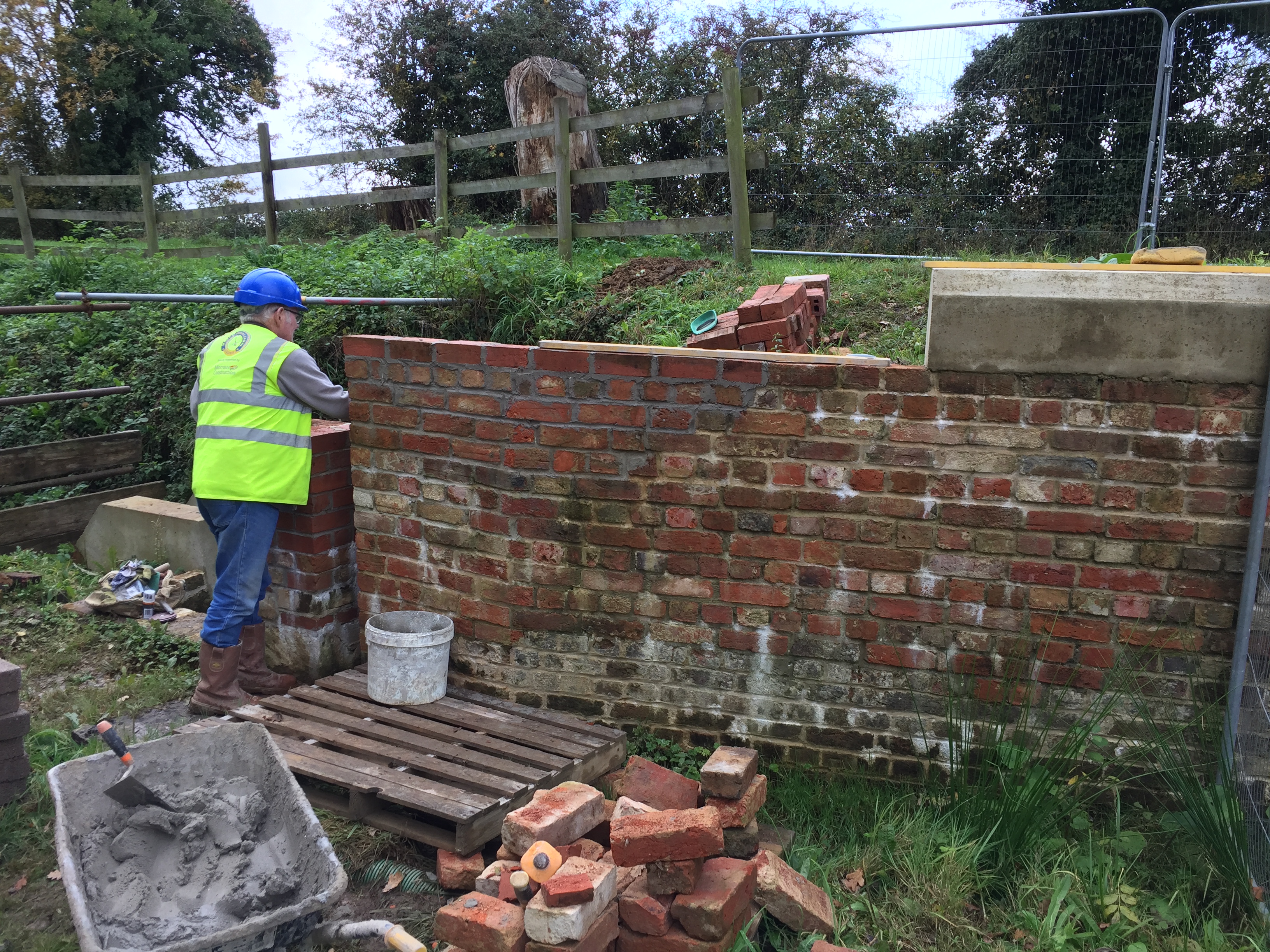 As elsewhere not much remained of the wings walls at the exit of Bottom Lock, as can be seen in the picture taken in 2003. Some minor work was carried out in 2003 to remove vegetation and again in 2005 when the exit water channel from the Dry Dock was uncovered.    This  revealed that the wing walls were constructed using dressed (Bath?) stone. Why this instead of brick we may never know! 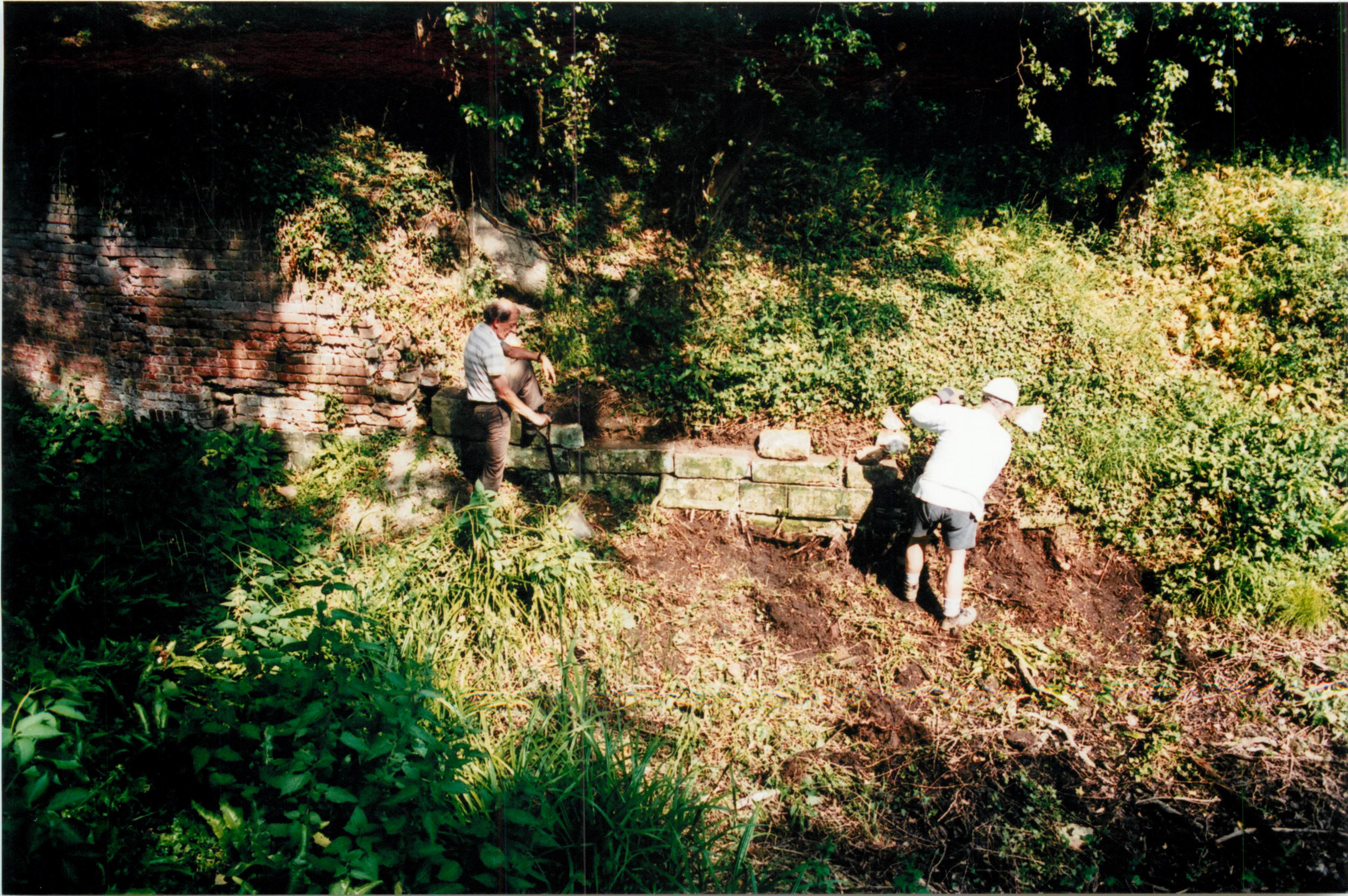 Since then very little, if any, restoration work has been carried out. However more recently (Nov 2020) the vegetation around the eastern wing wall has been cleared revealing again the dressed (Bath?) stone wing walls. 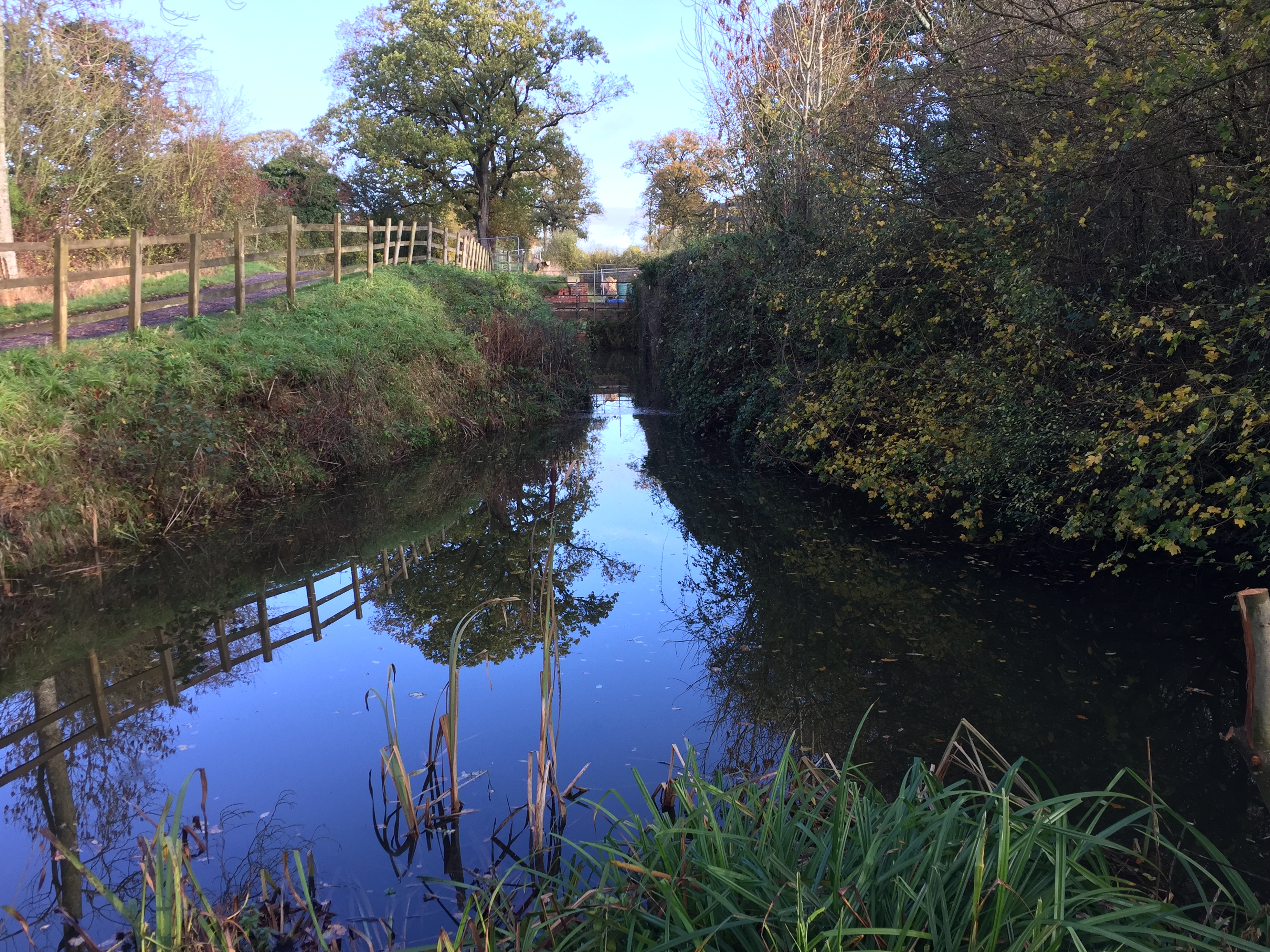 There are no plans in the immediate future to rebuild these walls. However in time I am sure they will be!